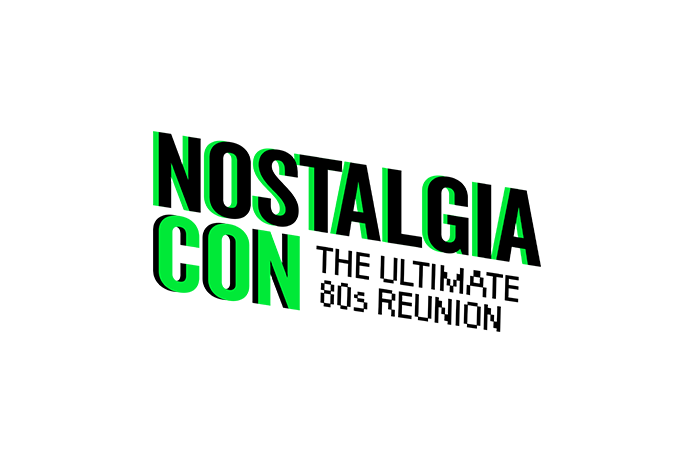 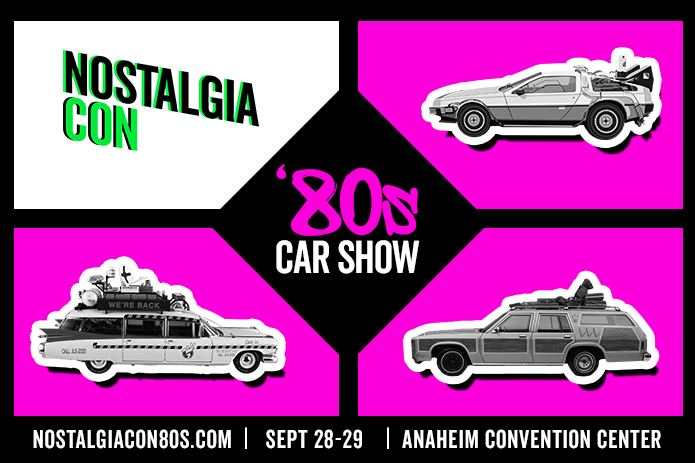 LOS ANGELES, CA – August 20, 2019 – Rev those engines because the DeLoreans of “Back to the Future” fame and other iconic ‘80s cars will be lining up for their Instagram pics with fans at NostalgiaCon’s ‘80s pop culture convention (www.NostalgiaCon80s.com), September 28 and 29 at the Anaheim Convention Center.

As part of a partnership with the international DeLoreans Owners Association, and the Southern California DeLorean Club, NostalgiaCon will showcase three different versions of the time machine vehicles that are forever identified with ‘80s pop culture. In a year that has seen both a biopic documentary and a movie released about the life of John DeLorean, the creator of the namesake car, the show will also feature a panel with DeLorean owners and historians.

Other ‘80s vehicles on display include Trans Ams, Firebirds, a Family Truckster ala “Vacation”, a “Ghost Buster” ambulance, and more.

NostalgiaCon’s ‘80s Car Collection is part of the show’s retro set of “Instagrammable Moments” that now include the Epic ‘80s Cosplay and Fashion Show, the National Boombox Museum, the Nod to the ‘90s Pop Up, and more surprises, celebrity photo opportunities and more.

NostalgiaCon is the first platform ever created to fully scale and monetize the decades both in the United States and internationally through conventions, concerts, events, privately licensed entertainment, social media, and more. On September 28 and 29, the Anaheim Convention Center will host NostalgiaCon, where the 1980’s will be captured in its full glory, capitalizing on the powerful force of nostalgia via the people, trends and moments that define entire generations.