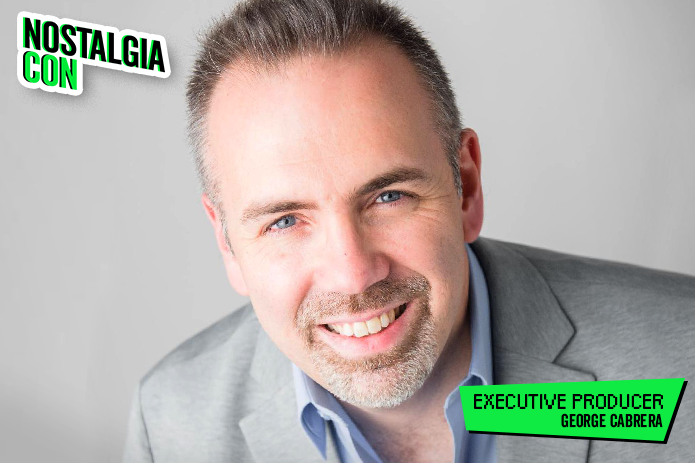 A 25-year veteran of the entertainment, corporate and non-profit industries, George has worked with some of the biggest names and productions in the performing arts world. He most recently served as the CEO of Cabrera Consulting Group, a national full-service business consulting firm based in Coral Gables, FL. George has been in the forefront of producing innovative, immersive theatrical and branding experiences in Miami and together with NostalgiaCon, he is developing new works to bring to the U.S. and international stage. George has worked with many Fortune 500 companies and he has been involved in the preservation of historic theaters, among other endeavors. These attributes have brought George accolades and attention: He was named as one of the “40 under 40” young leaders to watch and was given the “Nuestro Orgullo Hispano” award, which honors community leadership and service in South Florida.

Said George: “I’m honored and excited to work closely alongside Manny, with whom I’ve collaborated with in the past, and the NostalgiaCon family as we leverage Miami as the home base for the full expansion of NostalgiaCon in the U.S. and abroad.”

With offices in downtown Miami, NostalgiaCon (www.NostalgiaCon80s.com) is a global fan conventions company wholly focused on celebrating the pop culture icons, influencers, music, newsmakers, entertainers, shows, films, sports, fads, toys, foods and more, that take us back to the decades we’re most fond of. NostalgiaCon is the first platform ever created to fully scale and monetize the decades both in the United States and internationally through conventions, concerts, events, privately licensed entertainment, social media, and more.

Beginning September 28 and 29 in Anaheim, California with the epic 80s, NostalgiaCon will capture eras in their full glory, capitalizing on the powerful force of nostalgia via the people, trends and moments that define entire generations.