EVOLUTION OF PHOTOVOLTAIC TECHNOLOGY IN NEUTRINOVOLTAIC 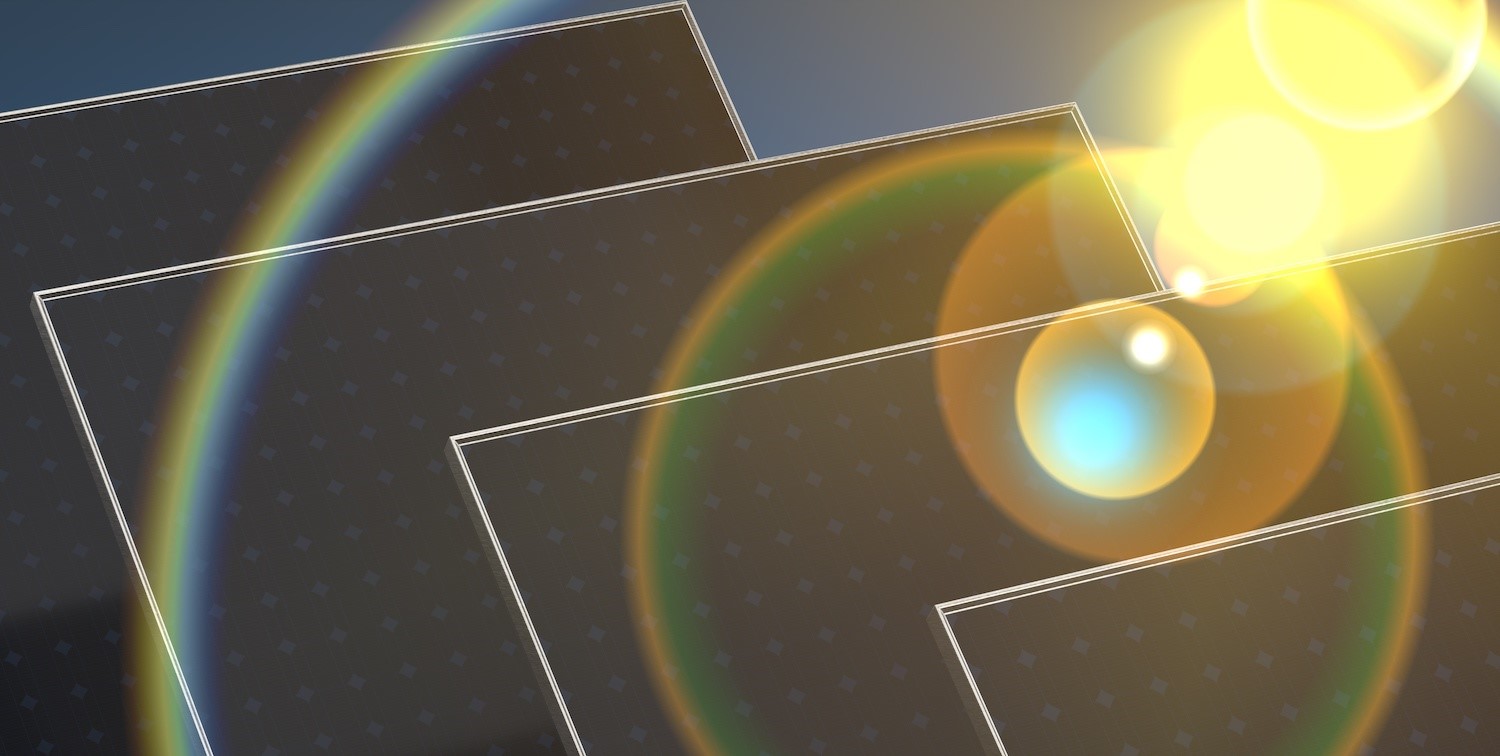 Given the fact that neutrinovoltaic technology is one of the most recent forms of energy production, Neutrino Energy Group is glad to report that this paradigm-shifting technology is already creating ripples around the world. Neutrinovoltaic technology is derived from the words “neutrino” and “photovoltaic,” and it generates electrical energy from the billions of ghostly neutrinos that assault everything every second of every day. But what exactly are neutrinos, and can these ethereal particles be used to generate electrical energy?

THE EVOLUTION OF PHOTOVOLTAIC TECHNOLOGY IN NEUTRINOVOLTAIC

While most people are familiar with the phrase “photovoltaic,” most are unfamiliar with the term “neutrinovoltaic.” However, it took nearly 50 years for photovoltaics, or solar cells, to become widely used. Most people are unaware of neutrinovoltaic technology right now, yet this future energy source will become increasingly important as time goes on.

THE “GHOST PARTICLE” IS FINALLY MAINSTREAM

Neutrinos, like visible light, cannot be touched. Neutrinos, unlike visible light, are invisible; these “ghost particles” are so ethereal that they aren’t consistently or completely stopped by any known material; they travel through everything seen in an endless stream of cosmic energy.

Unlike photovoltaic cells, which can only function when exposed to direct sunlight, neutrinovoltaic technology can function at any time and in any location. These energy sources can be used inside, underground, or in any other location you can think of. While photovoltaic cells shut down at night, neutrino energy devices operate all day and night.

HOW CAN NEUTRINOS BE USED TO PROVIDE ENERGY?

Since 2015, when Japanese and Canadian physicists independently confirmed that neutrinos have mass, a race has been on to build practical neutrino energy technologies. It’s natural to dismiss neutrinos as useless because they travel through our body and everything else without leaving a trace. However, because anything that has mass contains energy, there is already proof that neutrinos may be employed to generate energy through kinetic energy.

Certain materials can “interact” with neutrinos as they pass by, much way water turns a water wheel or wind moves a wind turbine. As a result, some of the energy contained in an inhibited neutrino is passed on to the molecules of the “interacting” device, and this kinetic energy can be amplified and converted into an electrical current with the correct technology. Over 60 billion neutrinos strike every square centimeter of the Earth every second, demonstrating the enormous potential of neutrino technology.

The Neutrino Energy Group is a collaboration of American and German experts dedicated to realizing neutrino energy’s actual potential to revolutionize every area of daily life. Because the goal of this organization is to generate energy by harnessing invisible radiation spectrum, their efforts are well-timed in an economic and political atmosphere dominated by the challenges associated with reliance on fossil fuel energy sources.

This group of prominent energy scientists has developed a new material that turns the energy of passing neutrinos into kinetic resonance. The Neutrino Energy Group’s researchers and engineers created a material dense enough to trap some of the energy carried by passing neutrinos by affixing extraordinarily thin layers of graphene and silicon to a metallic substrate. The Neutrino Energy Group has already created the first neutrino energy cells using this proprietary material.

The less energy that has to move, the more of it is retained. The Neutrino Energy Group envisions a society where all electrical appliances have their own internal neutrino energy sources, removing the need for connections and chargers. The Neutrino Energy Group intends to build energy sources capable of operating smartphones and other low-power gadgets within the next few years, but in the future, even cars and heavy industrial machinery will be powered entirely by neutrino energy “collected” from thin air.

PROTECTING THE ENVIRONMENT WHILE EXPANDING THE ENERGY SUPPLY

Holger Thurston Schubart, the CEO of the Neutrino Energy Group, is convinced that this technology has the potential to transform the world as we know it. However, resources in Germany are limited for developing this next-generation energy source, which is why Schubart is calling out to entrepreneurs from around the world to assist in making neutrino energy a reality. International cooperation is a major aspect in making neutrino energy widely available.

Schubart also recognizes that things can only go in one direction for so long. Since the 1970s, alarmists have been warning of an approaching “peak oil” problem, despite the fact that no one knows how much fossil fuel sources remain undiscovered. What is certain, however, is that fossil fuels are finite resources that cause massive environmental damage that is destroying wildlife and lowering global quality of life.

Aside from environmental concerns, reliance on fossil fuels places the entire world in the hands of countries like Russia, Iran, and Saudi Arabia, which have some of the world’s largest fossil fuel reserves. We’ve learned a lot about neutrinos in such a short amount of time, and Schubart believes it’s past time to put that information to use in the public sphere.

THE RESEARCH IS GETTING UP TO SPEED

While countries like the United States are leading the charge in the neutrino energy revolution, Schubart’s native Germany is lagging behind. Other countries appear to be devoted to exploiting neutrino energy technology to solve practical problems, but Schubart is concerned that Germany is wasting money on pet neutrino projects that aren’t producing marketable solutions.

The quest of neutrino energy technology, according to Schubart, is something that can bring the entire globe together. Using neutrinovoltaic energy to decrease boundaries between people and unleash the power of human innovation into the universe would be a logical result.

It’s apparent that humanity has gone a long way in the twenty-first century. Nobody could have envisaged the incredible pleasure of having a supercomputer in their pocket just twenty years ago. Similarly, laser technology is now widely used in medical applications, and these advancements have substantially improved the global level of living.

However, Schubart feels that the human race is hopelessly behind the times when it comes to energy. Even with the power of smartphones at our fingertips, Schubart compares the current state of energy technology to the outdated procedure of dialing a rotary phone anytime you want to make a call. Our outmoded reliance on fossil fuels for energy, unlike old-school phone booths, might mark the end of every man, woman, and kid on the face of the Earth.

DECENTRALIZED ENERGY OF THE FUTURE

In the story of neutrino energy, former magister Gernot Spanninger is an unlikely hero. Spanninger is asking people all throughout the world to act on neutrino energy sooner rather than later, citing the reality that we have no idea when fossil fuels will run out. In addition to the ominous specter of climate change, resource scarcity is a major issue in today’s energy business, and the only option is to switch to clean, dependable global energy sources.

Despite the fact that public awareness of energy scarcity and the negative effects of fossil fuels is growing, Spanninger, who is a key member of the Neutrino Energy Group, believes that this topic cannot be spoken sufficiently. The key to introducing neutrinovoltaics into the mainstream is clearly explaining the necessity for the neutrino energy evolution, and Spanninger cites the current Global Risks Report as evidence that change must happen rapidly.

As climate change makes weather more harsh, humanity will have an increasing need for reliable energy sources to combat these climatic changes. There’s no reason not to seek clean energy alternatives as aggressively as possible to ensure a future for future generations. According to Spanninger, the best solution to today’s energy challenges is neutrinovoltaic technology. Neutrinovoltaic technology is not only an unending supply of free energy, but it is also decentralized, allowing each family to conduct their lives according to their morals and desires.