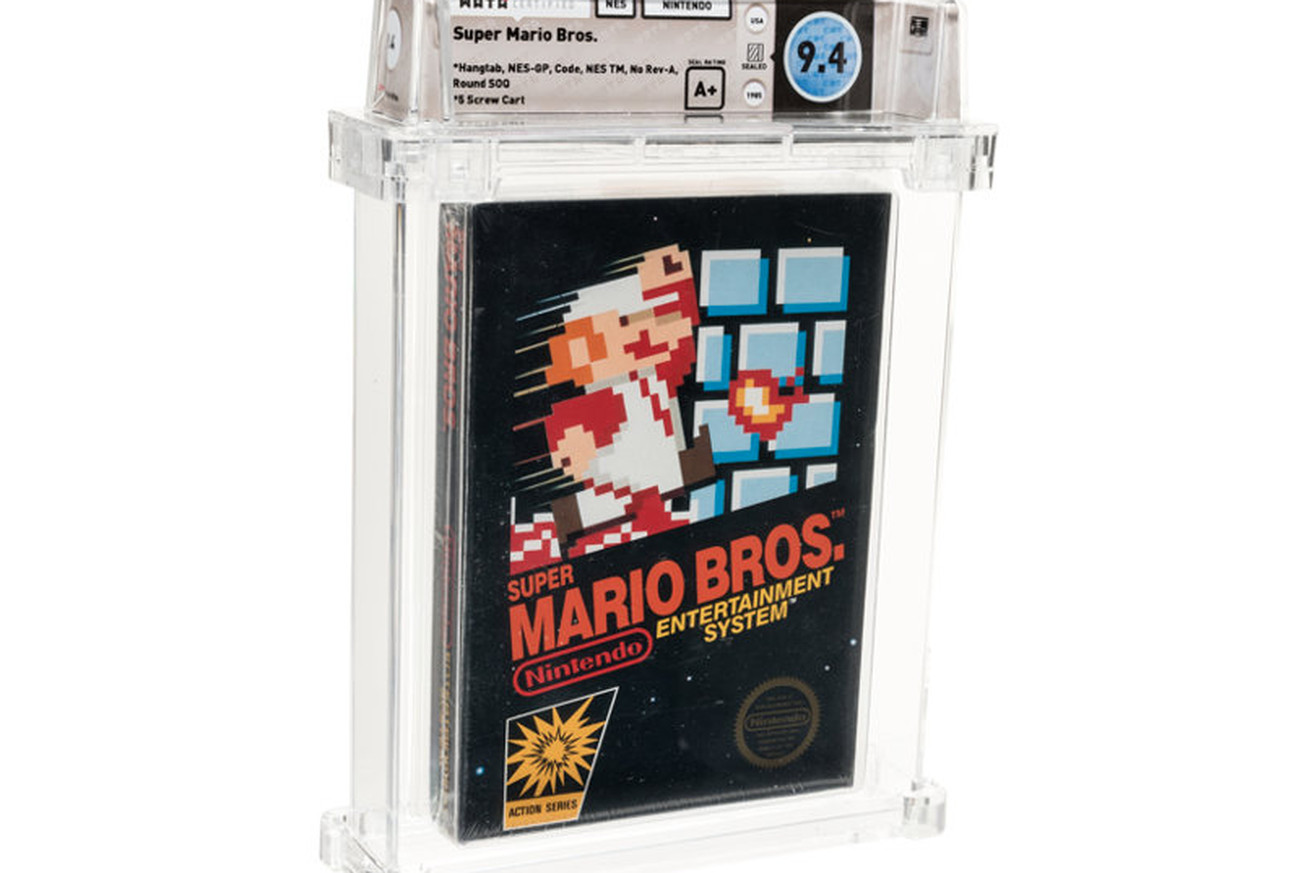 Super Mario Bros. keeps breaking records three and a half decades after release. A mint copy of a US version of the 1985 game just sold for $114,000 at Heritage Auctions, breaking the previous record set by a copy of Super Mario Bros. in similar condition that sold for $100,150 at an auction last year.

That makes it, according to game collector and journalist Chris Kohler, the most expensive game ever sold to date.

What makes this particular version so coveted? Well, it’s graded at a 9.4 out of 10, which means it’s in near-perfect condition, with everything sealed in the original packaging. It’s also a particular version of the US retail edition, which went through quite a few iterations over time. Here’s Heritage with a neat explanation of the so-called cardboard hangtab that makes this unit so rare:

There are four sub-variants of the plastic sealed cardboard hangtab box (this particular copy of Super Mario Bros. being the “3 Code” variant) that were produced within the span of one year. Each sub-variant of the cardboard hangtab black box, produced within that timeframe, had a production period of just a few months; a drop in the bucket compared to the title’s overall production run.

In short, a cardboard hangtab copy of any early Nintendo Entertainment System game brings a certain air of “vintage” unrivaled by its successors.

Heritage also outlines the broader picture in terms of the game’s value and nostalgia factor: it is the highest-selling game on the original NES console of all time, in addition to being the first entry in the Super Mario Bros. series and marking the first appearance of series villain Bowser.

Yet why, of all items, is this one worth $114,000? We can’t be entirely sure, as the auction winner remains anonymous. Typically, these buyers, often very wealthy, like to stay that way. That said, it’s certainly believable that someone with the money and dedication to building out the rarest of Nintendo or video game collections would want something like this on the shelf (or perhaps sealed in glass or in a safe).