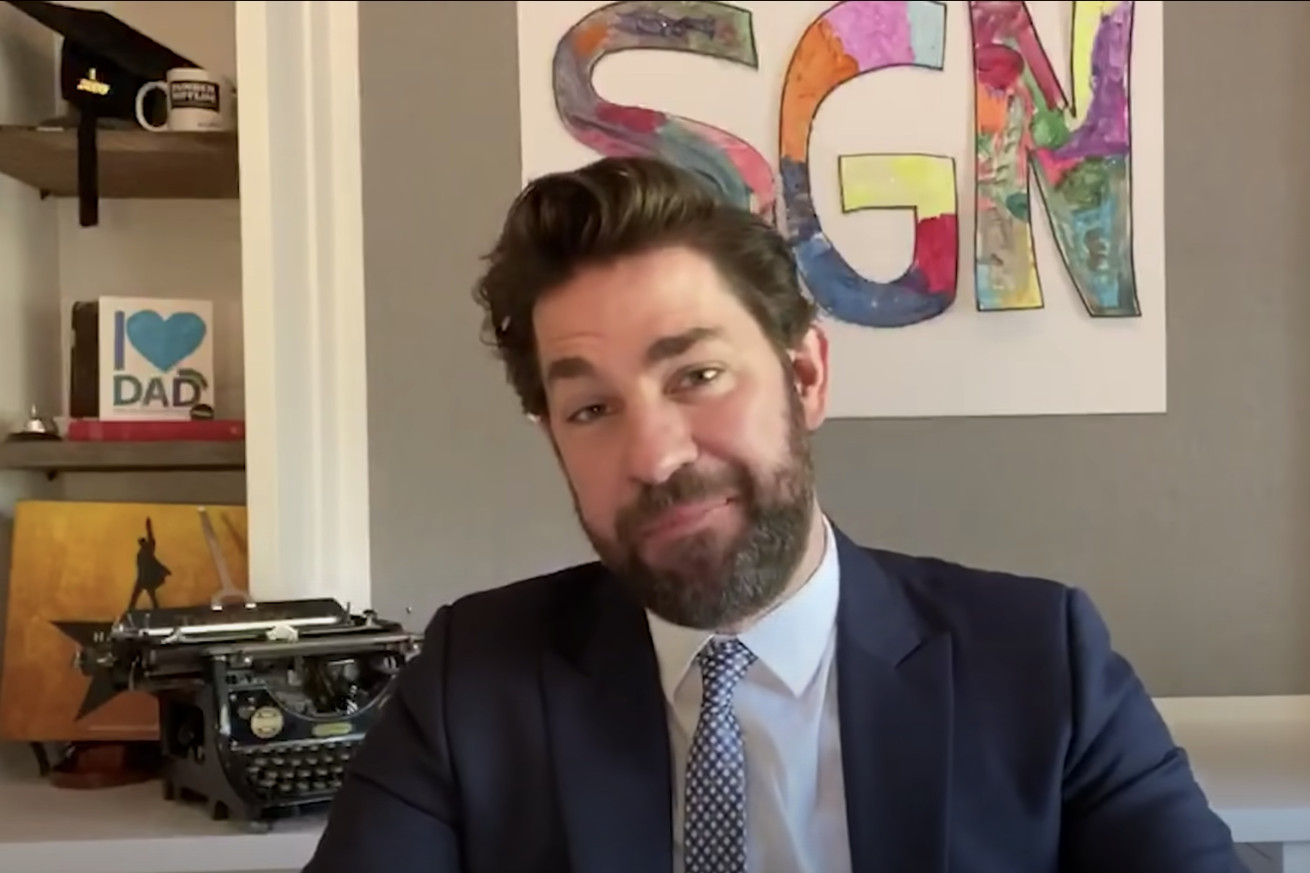 New episodes of Some Good News will stream exclusively on ViacomCBS’s streaming service, CBS All Access, according to The Hollywood Reporter. Krasinski, however, will no longer host the show. Instead, he’ll step into a producing role, with a new host to be announced at a later date. After the episodes stream on All Access, they’ll “move to a number of the company’s linear networks,” according to the Reporter. It’s unclear which networks will get the show (ViacomCBS owns MTV, Nickelodeon, CBS, Comedy Central, and more), or how long new episodes will stream exclusively in All Access.

Calls reportedly started coming in from networks to acquire Krasinski’s show following the first episode, which premiered at the end of March. Since then, the channel has garnered more than 2 million subscribers and netted around 70 million views. The actor was hesitant to take a deal with any of the companies because he intended the show to remain free and accessible to as many people as possible. He started the series to bring a little good news to people — a welcome distraction from what’s happening in the world. Now, that’s only possible if you pay for a ViacomCBS product.

CBS All Access costs $5.99 a month with ads and $9.99 a month without ads. The streaming service, which is undergoing major changes this summer, is also only available in the United States, although the company has struck deals with other networks and streamers to carry All Access originals (like Star Trek: Discovery and Star Trek: Picard) in international territories. ViacomCBS does have international streaming services it could use to distribute the show, including Paramount Plus, but it’s unclear if the company will use those avenues.

The net result is that Some Good News will no longer be as accessible to people around the world as Krasinski first intended. Even with ViacomCBS networks carrying second runs of the episodes, it hardly compares to YouTube’s 2 billion active monthly users around the world. Krasinski’s official statement claims that the CBS paywall will cause the opposite effect, though.

“Could not be more excited and proud to be partnering with CBS/Viacom to be able to bring Some Good News to so many more people!” Krasinski said, according to the Reporter. “From the first episode, our goal was to create a news show dedicated entirely to good news. Never did I expect to be joining the ranks of such a historic news organization as CBS.”

Whether a version of Some Good News produced by one of the largest media and entertainment conglomerates in the world can retain the authenticity of Krasinski’s show will be the biggest concern. Krasinski’s show works because it’s one man sitting behind his desk at home, looking into a web camera, and reacting to viral videos. It’s quintessentially a YouTube series. There are no network executive notes or concerns about proper lighting. Under ViacomCBS, that might change. Production values might increase, the new host might not be as immediately likable and charming, and the corporatization of the entire show might act as a turnoff. Genuineness isn’t something that people can fake very well or very easily.