Samsung learned some tough lessons from the Galaxy Fold debacle 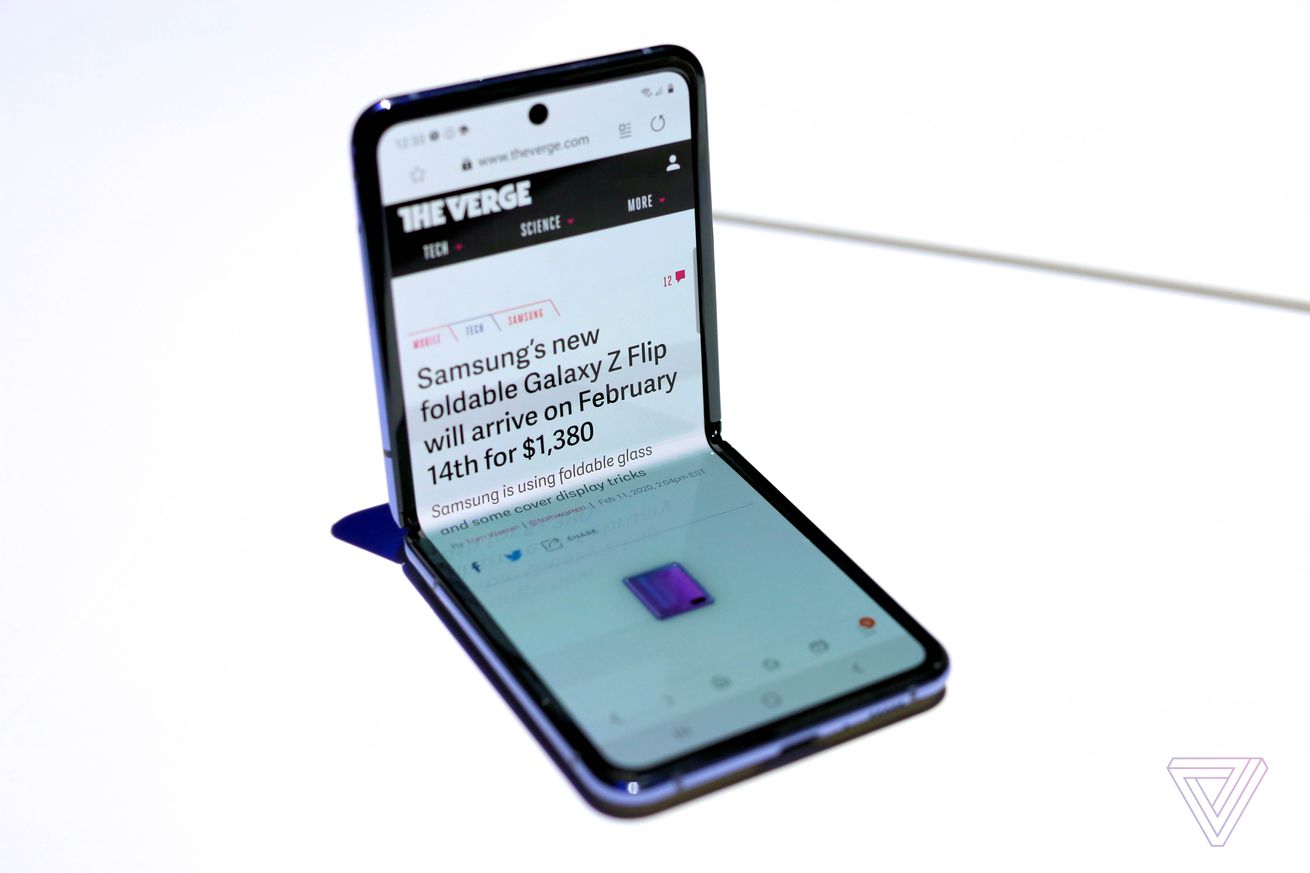 Samsung didn’t waste any time unveiling its latest foldable Galaxy Z Flip phone during the company’s Unpacked event on February 11th. It was the opening act, a stark contrast to last year’s Galaxy Note 10 launch when the Galaxy Fold was barely mentioned. Samsung was in the midst of a foldable disaster at its last Unpacked event, preparing to relaunch the Galaxy Fold after review units fell apart. It was a disaster that’s generated a lot of doubt over folding phones, so this second folding phone from Samsung has a lot to prove.

Samsung’s latest attempt at a foldable phone goes in a totally different direction to the Galaxy Fold. Instead of turning a phone into a tablet, the Galaxy Z Flip converts into a miniature pocketable device. It can even be partially unfolded and propped up on a table to take hands-free selfies.

The Z Flip was clearly built for sharing content on Instagram and YouTube. It has a small outer display you can use as a selfie viewfinder for the main (better!) rear camera. Samsung has also worked with Google to optimize YouTube and split it across the foldable display so you can watch content on the top half and browse comments or other videos on the bottom.

While the Fold was clearly targeted at a premium market with its $1,980 price point, the Z Flip pushes more toward the mainstream with its $1,380 pricing. That’s cheaper than some Galaxy S20 configurations and a big step toward making foldable phones more affordable in the near future.

Unlike the Galaxy Fold, the new Galaxy Z Flip compromises less on being an actual phone. There are no ugly giant bezels, no screen notches, and it folds out into what looks a regular phone (albeit a really long one). Samsung is also using proprietary bendable Ultra Thin Glass (UTG) on the 6.7-inch display, a welcome and significant improvement over the delicate plastic found on the Galaxy Fold.

The hinge was a source of a lot of the Galaxy Fold issues, and Samsung was keen to highlight its new “Hideaway Hinge” on the Galaxy Z Flip that uses nylon fibers to keep dust out. It also acts like a laptop hinge so you can open it and prop it up at different angles. There’s still a visible crease on the Z Flip’s display where the hinge section sits, and it might prove to be more noticeable in day-to-day use as you’ll likely be scrolling content across the crease more often than on the Galaxy Fold.

These are much-needed hardware changes and improvements, and they show that Samsung has learned some tough lessons from the Galaxy Fold debacle. The Z Flip looks less ambitious as a result, but it keeps some relatively high-end specs and hardware you’d expect in the latest Android smartphone.

The one thing Samsung didn’t do enough was answer the key problem that the Galaxy Z Flip is solving. Unlike the Galaxy Fold, it’s not trying to combine two devices into one, and it feels more like an answer to the Motorola Razr than anything else. It will certainly appeal to anyone who wants a smaller device in their pocket, anyone nostalgic for the days of flip phones, or people who just want to show off in a cafe full of rigid rectangles. It could even help you switch off from the draw of emails, social media, and everything else a modern smartphone provides by simply closing it for the day.

Samsung was clear about how it wants to position the Galaxy Z Flip, though. “Shebam… Pow… Blop… Whizz” was the message in a promotional video, a nod to the fact that this folding phone is designed to wow. Samsung has even teamed up with fashion designer Thom Browne to launch a special edition of the Galaxy Z Flip.

All of this marketing will certainly make the Z Flip desirable, but there’s still a lot of doubt and uncertainty surrounding foldable phones. Samsung has faced similar doubts about new handheld form factors in the past. A good example is Samsung’s introduction of the oversized Galaxy Note “phablet” at a time when phones could be navigated with a single hand. Now, all phones are the size of the original Galaxy Note. Samsung looks like it’s betting on a similar success story, and it’s clear with the Galaxy Z Flip that the company isn’t ready to give up on the foldable dream just yet.