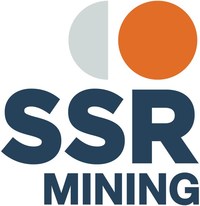 Paul Benson, President and CEO said, “SSR Mining achieved record production again in 2019 due to solid operating performance at each of our three operations. Most importantly, the corporate production record was accomplished safely. We carry that momentum into 2020 where we anticipate another strong year of gold equivalent production. At Marigold, gold grades are anticipated to increase compared to 2019 resulting in higher production and robust margins. At Seabee, increased mill throughput and strong ore grades are anticipated to drive another record year of gold production. Together with our exploration programs, we anticipate another successful year with our operating performance driving cash flow and generating value for our shareholders.”

In 2019, the Marigold mine produced 220,227 ounces of gold, surpassing the upper end of our revised production guidance. This compares to 205,160 ounces of gold produced in 2018. Production in 2019 benefited from higher grades and ore stacking in the fourth quarter of 2018. Gold sales for the year were 226,957 ounces.

Material mined during the year totaled 74.0 million tonnes, a 5% increase as compared to 2018. Marigold stacked 25.7 million tonnes of ore on the leach pads.

In the fourth quarter of 2019, Marigold produced 59,186 ounces of gold, representing a 12% increase as compared to the previous quarter due largely to the higher grade ore that was stacked in the third quarter. Gold sales totaled 61,088 ounces for the quarter.

During the fourth quarter, 18.5 million tonnes of material were mined, down 3% from the third quarter due mainly to planned maintenance of one hydraulic shovel and longer haulage cycles associated with the increased ore stacked. The new leach pad cell was commissioned on schedule and on budget with ore stacking commencing in the fourth quarter of 2019.

The Seabee Gold Operation produced 112,137 ounces of gold in 2019, an annual production record resulting from higher gold grades, improved recoveries and drawdown of in-process inventories. Production in 2019 increased 17% compared to the 95,602 ounces produced in 2018. A total of 104,915 ounces of gold were sold during the year.

In the fourth quarter of 2019, the operation produced 22,069 ounces of gold, a 32% decrease from the third quarter primarily due to lower gold grades more than offsetting higher milling rates. Gold sales totaled 24,362 ounces during the quarter.

During the year, ore was milled at an average of 3,819 tonnes per day. Ore milled contained an average silver grade of 184 g/t. The average silver recovery was 93.2%, a 29% improvement as compared to 2018 when the operation milled primarily low-grade stockpiled ore.

In the fourth quarter of 2019, silver production was 2.1 million ounces, an increase of 28% relative to the third quarter, due to increased mill throughput and processing of higher-grade ore. Silver sales totaled 2.6 million ounces.

In 2020, we expect to produce on a consolidated basis, at the midpoint of guidance, approximately 425,000 gold equivalent ounces at gold equivalent cash costs of $740 per payable ounce sold.

At the Marigold mine, gold production is expected to increase in 2020 compared to 2019. Marigold is well-positioned for another record production year as the mine benefits from an additional hydraulic loading unit purchased in 2019, expected to be commissioned in early 2020, and continued Operational Excellence efficiencies. Production is weighted toward the second half of the year as a result of mine sequencing and access to higher grade ore. Capital investments are expected to total $60 million, including $12 million for two replacement haul trucks and $15 million for an additional leach pad to be built in 2020. The accelerated build of leach pad capacity will ensure the operation can maintain leach cycle times and gold recoveries at higher ore stacking rates. Capitalized stripping is expected to total $20 million with the majority incurred through the first three quarters of the year. Exploration expenditures totaling $12 million are expected to focus on drill programs at Mackay, Basalt, Valmy and Trenton Canyon with the goals of adding Mineral Reserves and defining additional Mineral Resources within these areas. Exploration expenditures include $2 million for drill testing Trenton Canyon’s sulphide targets.

At the Seabee Gold Operation, we expect to deliver another record gold production year in 2020, as we continue executing our plan of increasing mining rates to support higher sustained mill throughput. Production is weighted to the first half of the year due to higher grade ore access. Cash costs are expected to remain low between $460 to $500 per payable ounce of gold sold. Sustaining capital investments remain focused on mining equipment and ventilation, with $5 million planned for underground and surface equipment to enable higher mine production. Due to continued exploration success at Seabee, in 2019 we commenced an expansion of tailings storage capacity at the mine. In 2020, investment in the tailings facility expansion is estimated to total $12 million as phase 1 of the project is completed and phase 2 is initiated, with completion expected in 2021. Once completed, Seabee is expected to have tailings capacity for current mill throughput levels into the early 2030s. Non-tailings facility-related capital expenditures are concentrated in the first quarter of 2020 as equipment is delivered over the ice road. Expected capitalized development expenditures of $12 million support higher mining rates and reflects the development strategy for the Santoy complex. Exploration expenditures at Seabee are estimated to total $12 million with a focus on expansion and definition of Santoy Gap Hanging Wall and surface drill programs at the Seabee and Fisher properties following up on targets identified in 2019.

At Puna Operations, we expect to produce between 6.0 and 7.0 million ounces of silver at cash costs net of by-products of between $10.50 and $12.00 per payable silver ounce sold. Production is weighted to the first half of the year due to higher grades, with the majority of capital stripping expected in the second half of the year. Sustaining capital investments of $15 million relate principally to maintenance of mine, mill and power generating equipment. A $6 million investment to replace contracted ore transportation is also planned as the operation focuses on lowering unit operating costs.

At the Pitarrilla project, located in Mexico, we plan to spend $4 million in 2020 as part of a two-year $10 million program related to extending an existing decline to provide drill access to the underground Mineral Resources. An improved geological model from work completed in 2019 indicates strong potential to better define known, high-grade mineralized veining associated with steeply dipping rhyolite dyke contacts. Extending the underground ramp provides access for tighter spaced drilling at better orientations to test the rhyolite dykes and veins for continuity.  If infill drilling confirms the continuity of high-grade mineralized structures, there would be potential to enhance the grades of existing Mineral Resources.

At the San Luis project, located in Peru, in 2020 we expect to commence a detailed mapping program in the area of the existing high-grade gold-silver Mineral Resources.

Gold equivalent figures for our 2020 operating guidance are based on a gold-to-silver ratio of 86:1. Cash costs and capital expenditures guidance is based on an oil price of $60 per barrel and an exchange rate of 1.30 Canadian dollars to one U.S. dollar. Royalty costs at Marigold were calculated using a gold price of $1,550 per ounce.

SSR Mining Inc. is a Canadian-based precious metals producer with three operations, including the Marigold mine in Nevada, U.S., the Seabee Gold Operation in Saskatchewan, Canada and Puna Operations in Jujuy, Argentina. We also have two feasibility stage projects and a portfolio of exploration properties in North and South America. We are committed to delivering safe production through relentless emphasis on Operational Excellence. We are also focused on growing production and Mineral Reserves through the exploration and acquisition of assets for accretive growth, while maintaining financial strength.