iCrowdNewswire - Apr 7, 2020 - NEW YORK,-- Cache Ventures, a bootstrapped venture studio, has announced a partnership with 360 Family Office and the launch of a private equity fund, kicking things off with its first acquisition, LeadOwl. Since 2013, Cache has been entirely self-funded. Founders Sean Heilweil and Jarrett Lusso began by building and launching Exit Monitor, which was acquired in August 2016 by Kaleidoscope Global. Their experience building, growing, and exiting the company inspired them to embark on a non-traditional route. As. [more...]

iCrowdNewswire - Apr 7, 2020 - SAN ANTONIO,-- Financing from Wells Fargo has been secured for the innovative revitalization and construction of a multifamily community at the historic Borden Creamery property that serves as a very visible welcome to San Antonio on US 281 adjacent to the Pearl district. Plans include demolition of the current self-storage facility and construction of 338 premium multifamily units compatible with the art deco exterior of the Borden building, which will be preserved in a. [more...]

iCrowdNewswire - Apr 7, 2020 - SCOTTSDALE, AZ,- As COVID-19 has resulted in the cancellation of many collector car auctions and events, Leake Auctions has a new opportunity for the collector car community and its clients: sell online! Leveraging the massive global audience of its parent company, Ritchie Bros., Leake can now offer customers the chance to reach 3.9 million users online through the company's Marketplace-E solution. "Our hearts and thoughts go out to the many people. [more...]

iCrowdNewswire - Apr 7, 2020 - MONTREAL,- Turquoise Hill Resources Ltd (TSX:TRQ) (NYSE:TRQ) ("Turquoise Hill" or "the Company") today responded to Pentwater Capital Management's recently filed proxy circular. Turquoise Hill's Board values engagement with its shareholders and believes an open dialogue with its shareholders is essential to its long-term success. Upon receiving the proposals from Pentwater, management and independent Board members held direct discussions with Pentwater about their proposals to better understand and address their concerns. The. [more...]

iCrowdNewswire - Apr 7, 2020 - VANCOUVER, KORE Mining Ltd. (TSXV: KORE |OTCQB: KOREF) ("KORE" or the "Company") is pleased to announce a positive Preliminary Economic Assessment ("PEA") for the Company's 100% owned Imperial Oxide Gold Deposit ("Imperial" or "Project"), located in California, USA. The PEA demonstrates Imperial's potential to be a robust mid-tier gold mine with compelling project economics. In addition to the gold price, Imperial has upside potential from deposit extensions and exploration on the 100% owned. [more...] 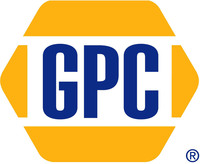 iCrowdNewswire - Apr 7, 2020 - ATLANTA,-- Genuine Parts Company (NYSE: GPC) announced today a business update in response to the impact from novel coronavirus (COVID-19). The Company has also prepared a COVID-19 deck to supplement this announcement which can be found at http://genuineparts.investorroom.com. This presentation is based on our current assessment of information available to us as of April 6, 2020. The Company also plans to release first quarter 2020 earnings on May 6, 2020.  In addition, its Board of. [more...]

IOU Announces Cost Reduction Initiatives due to the COVID-19 Pandemic

iCrowdNewswire - Apr 6, 2020 - MONTREAL,- IOU FINANCIAL INC. ("IOU" or "the Company") (TSXV: IOU), a leading online lender to small businesses (IOUFinancial.com), announces today cost reduction and other initiatives due to the COVID-19 pandemic. IOU Financial has modified its underwriting standards to temporarily cease lending to industries and geographical areas which are strongly impacted by Covid-19.  Nevertheless, the company continues to originate loans and support businesses deemed essential by various governments. The duration of. [more...]

iCrowdNewswire - Apr 6, 2020 - BEIJING,-- Autohome Inc. (NYSE: ATHM) ("Autohome" or the "Company"), a leading online destination for automobile consumers in China, today announced it filed its annual report on Form 20-F for the fiscal year ended December 31, 2019 with the Securities and Exchange Commission (the "SEC") on April 3, 2020. The annual report on Form 20-F, which contains the Company's audited consolidated financial statements, can be accessed on the SEC's website at http://www.sec.gov as well as through the Company's investor. [more...]

iCrowdNewswire - Apr 6, 2020 - REDWOOD SHORES, Calif.,-- Oracle Corporation (NYSE:ORCL) today announced that it received notice of an unsolicited "mini-tender" offer by Ponos Industries LLC (Ponos Industries) to purchase up to 2,000,000 shares of Oracle capital stock, which represents approximately 0.063% of the common shares outstanding, at a price of $50.00 per share in cash. Please be aware that shareholders are not required to respond to Ponos Industries' offer. Oracle does not endorse Ponos Industries' unsolicited mini-tender offer. [more...]

iCrowdNewswire - Apr 6, 2020 - SAN FRANCISCO,-- In an effort to support our community members during the ongoing COVID-19 outbreak, online car marketplace Shift has created two temporary programs to help those who need it to obtain safe, reliable transportation for less. Shift's Essential Workers Program will provide special discounts on vehicles for certain essential workers including medical professionals, utilities operators and grocery store staff in need of personal transportation. In addition to that program, Shift has. [more...] 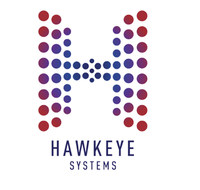 iCrowdNewswire - Apr 6, 2020 - SAVANNAH, Georgia,-- Hawkeye Systems, Inc. (OTCQB: HWKE), a technology holding company now focused on pandemic management products and services, announced today it has begun fulfilling its first $1.25M purchase order from the City of Memphis to support its critical need for 3-ply respirator masks. Corby Marshall, CEO of Hawkeye, stated, "We look forward to supporting the City of Memphis as we continue to evolve as a company in response to the current historic times. We have reached an inflection. [more...]

iCrowdNewswire - Apr 6, 2020 - BEIJING,-- To support SMEs to better survive the epidemic, 36Kr, a well-recognized New-Economy brand, has recently launched a special enterprise service initiative—the Winter Warmth Program. The beginning of 2020 has seen material interruptions on the operation of a spectrum of industries and enterprises by COVID-19 epidemic outbreak. While large and established companies are better prepared to weather the financial impact, small-to-medium enterprises (SMEs), with less cash on the balance sheet, are more vulnerable. The initiative seeks to link up. [more...]

HIV Self-test Kits Market to Reach a Valuation of US$ 471 Mn by 2027: Transparency Market Research

iCrowdNewswire - Apr 6, 2020 - NEW YORK,-- Cold Laser Therapy Market - Scope of the ReportThis report on the global cold laser therapy market studies the past as well as current growth trends and opportunities to gain valuable insights of these indicators for the market during the forecast period from 2019 to 2027.The report provides the revenue of the global cold laser therapy market for the period 2017–2027, considering 2018 as the base year and 2027. [more...]

iCrowdNewswire - Apr 4, 2020 - NATICK, Mass.,-- NeuroDex, Inc. ("NeuroDex" or "Company"), a developer of diagnostics, theranostics, prognostics, and pharmacodynamic analysis in the neurology space, announces that the Company has completed its seed round of financing, led by ICV Venture Engineering Fund I, LLC ("ICV"), in accordance with an agreement signed between NeuroDex and ICV in January 2020. "We appreciate the confidence ICV has placed in us and believe that this capital will be instrumental to. [more...]

Group 1 Automotive Completes Redemption of All Outstanding 5.25% Senior Notes Due 2023

iCrowdNewswire - Apr 4, 2020 - HOUSTON,-- Group 1 Automotive, Inc. (NYSE: GPI), an international, Fortune 500 automotive retailer, today announced that it has completed the redemption of all $300 million aggregate principal amount of its outstanding 5.25% senior notes due 2023 (CUSIP Nos. 398905 AL3 and U03903 AD0) (the "Notes").  The redemption was funded through a combination of acquisition line borrowings, mortgage borrowings, and excess cash.  Additional mortgage debt will be funded during the second quarter to provide supplemental liquidity.. [more...]

iCrowdNewswire - Apr 2, 2020 - DALLAS,-- Highland Income Fund (NYSE: HFRO) ("HFRO" or the "Fund") today announced its regular monthly dividend on its common stock of $0.0770 per share. The dividend will be payable on April 30, 2020 to shareholders of record at the close of business April 23, 2020. The Fund is a closed-end fund managed by Highland Capital Management Fund Advisors, L.P. (the "Manager"). The Fund will pursue its investment objective by investing primarily in the following categories of. [more...]

iCrowdNewswire - Apr 2, 2020 - LISLE, Ill.,-- Navistar International Corporation (NYSE: NAV) makes changes in its manufacturing operations in response to the continued impacts of COVID-19.   The company's truck assembly plant in Springfield, Ohio temporarily ceased production on Monday, March 23 due to disruptions in the supply chain resulting from the COVID-19 pandemic. With the supply chain still interrupted, this stoppage is being extended. Production will resume Monday, April 27. Additionally, Navistar is broadening its temporary suspension in manufacturing operations to. [more...]

iCrowdNewswire - Apr 2, 2020 - STOCKHOLM,-- Major items approved by today's Annual General Meeting include: A dividend of 12.50 SEK per share Mandate to repurchase up to 10 percent of all shares in the Company Withdrawal of 7,750,000 repurchased company shares with a simultaneous bonus issue without issuing any new shares Mandate to resolve on the transfer of shares in the Company and to issue new shares Election of Deloitte AB as auditor At the Annual General Meeting. [more...]