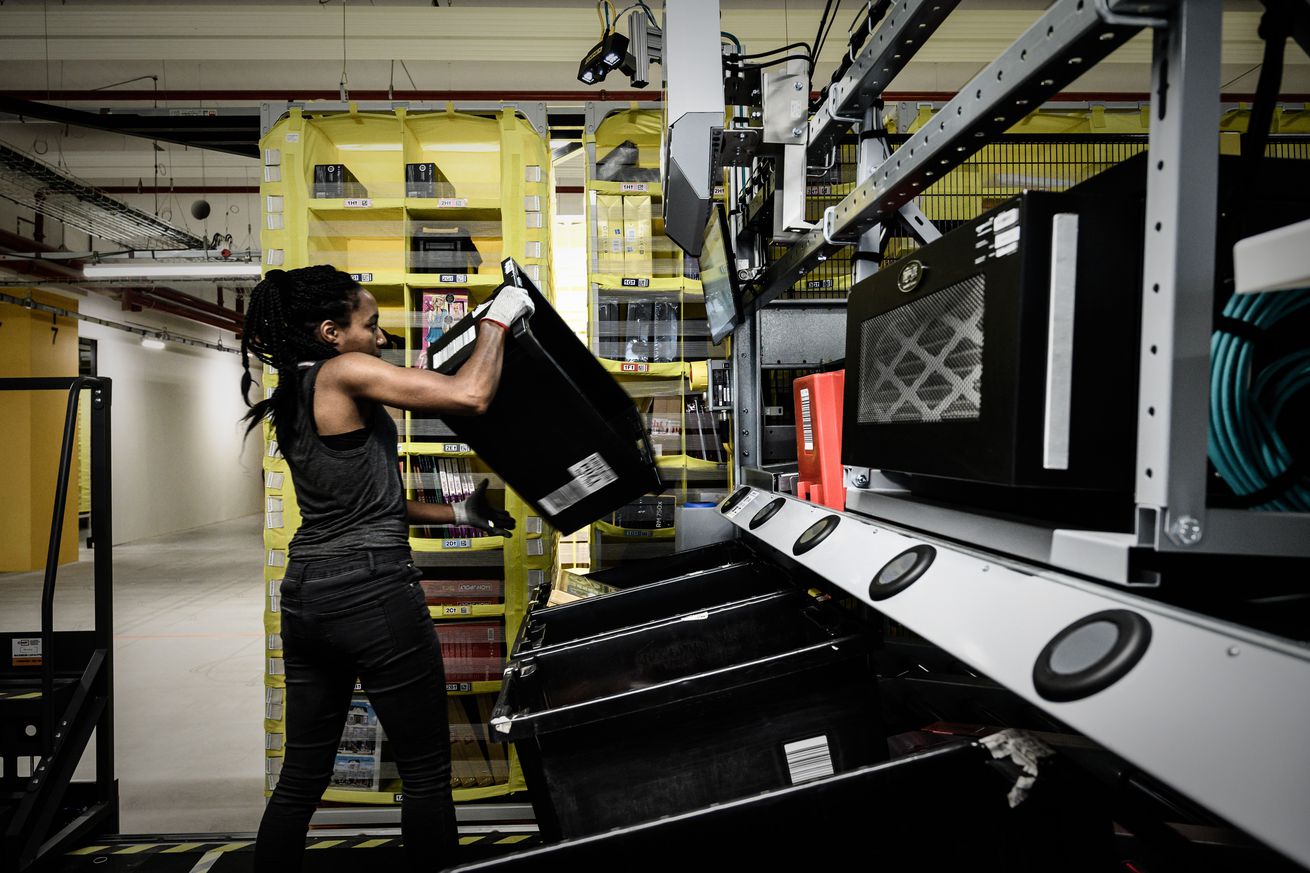 One of Amazon’s largest urban fulfillment centers opened last fall in the New York City borough of Staten Island, but the more than 3,000 workers it employs may be more at risk for injury than at other manufacturing facilities. According to a report from Gizmodo this morning, the NYC warehouse, called JFK8 and opened in September 2018, has a alarming high injury rate. And we don’t know why, or whether the injury rate is abnormal compared with other Amazon facilities.

Gizmodo cites documents from the Occupational Safety and Health Administration (OSHA) for the warehouse’s score of 15.2, which is officially known as the OSHA Incident Rate and is calculated based on the number of injuries and illnesses occurring over the number of hours worked by all employees. JFK8’s score comes in noticeably higher than the 2018 national average for sawmills and steel foundries.

The injuries themselves appear to be largely minor, with a majority counting as sprains or bruises. But Gizmodo points out that an injury must meet a relatively high threshold of seriousness to be officially reported to OSHA. That means the injury must result in either death, loss of workdays, loss of consciousness, a broken bone, or any injury that requires you seek third-party medical assistance. Workers are suffering serious cuts, sprains, and other injuries at a high rate, but continuing to work so as to log more hours and not miss out on pay while the injury is never written up in a formal OSHA report.

Gizmodo cites numerous employee accounts of severe injuries that only present themselves as severe over a long period of time, after repeated minor injuries throughout standard workdays at the JFK8 warehouse. This includes serious long-term injuries related to wrist and back pain that workers must treat outside work. Combined with long work hours, few available bathroom and lunch breaks, and constant demand to meet Amazon efficiency quotas, the working conditions at the Staten Island warehouse appear to be grueling. Again, it is not clear if this is the same at other warehouses, or something intrinsic to how JFK8 is ran and operated.

The workers at JFK8 are planning a protest of the facility’s working conditions later today, Gizmodo reports. In a statement, Amazon says it is misleading to characterize its warehouses as unsafe based on the number of injury incidents because of the sheer volume of people it employs:

It’s inaccurate to say that Amazon fulfillment centers are unsafe and efforts to paint our workplace as such based solely on the number of injury recordings is misleading given the size of our workforce. We believe so strongly in the environment that we offer for fulfillment center employees, including our safety culture, that we offer public tours where anyone can come for themselves one of our sites firsthand. Ensuring the safety of associates in our building is our number one priority and we invest heavily in safety. Operational meetings, new hire orientation, process training and new process development begin with safety and have safety metrics and audits integrated within each program. Safety training is constant, both in making sure employees know how best to work with the technology in the facility and also how to prevent injuries. There’s a dramatic level of under-recording of safety incidents across the industry — we recognized this in 2016 and began to take an aggressive stance on recording injuries no matter how big or small.