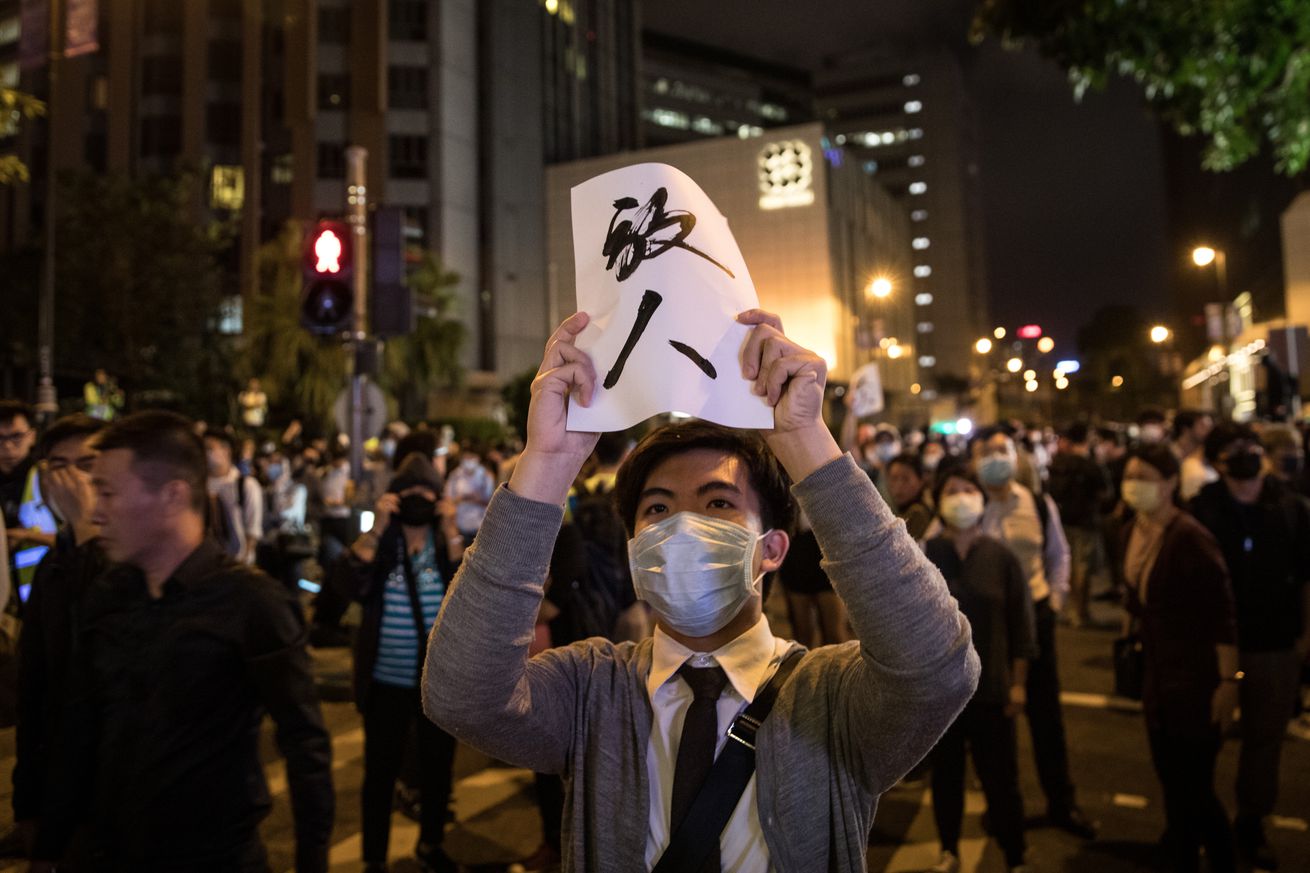 Pro-democracy candidates won a landslide victory in Hong Kong yesterday, but many Chinese Americans have been unable to express their approval online. WeChat, a popular social media messaging app, has been censoring political messages and disabling people’s accounts if they voice their support for the movement — even if they’re in the United States.

Bin Xie, an information security analyst at MD Anderson Cancer Center in Houston, Texas, wrote “The pro-China candidates totally lost” in a WeChat group before having his account shut down.

Xie is now part of a WhatsApp group for Chinese Americans who’ve recently been censored on WeChat. He joined the group to talk about what is happening and discuss what can be done to make it stop. “If you have censorship in China — fine,” he told The Verge. “But in this country? I’m a Republican but on WeChat I suffer the same as Democrats [using WeChat]— we are all censored.”

“Once the veil has lifted and people realize the protestors aren’t all violent terrorists, the whole thing crumbles.”

WeChat is owned by China’s Tencent and widely used within the country. Research by Citizen Lab suggests the company has implemented a dual system, with heavy censorship for Chinese users and less restrictive rules for foreigners. But it is easy for Chinese American users to fall onto the censored side of the system, particularly if their account has been previously linked to a Chinese phone number. (Tencent did not respond to a request for comment.)

In recent months, China’s online censorship practices have had remarkable power over Western companies, as prominent figures in the US speak out about the treatment of protestors in Hong Kong. In just the past six months, the Communist Party in China has forced an NBA general manager to apologize for a pro-Hong Kong tweet, gotten Hearthstone player Ng “Blitzchung” Wai Chung suspended, and pressured Apple into taking down an app used by protestors.

“Part of the problem the [Communist] Party finds itself in is that the disinformation its spread to people in China is so wildly inaccurate that there’s very little middle ground,” says Sarah Cook, a senior research analyst at Freedom House. “Once the veil has lifted and people realize the protestors aren’t all violent terrorists, the whole thing crumbles. The Communist Party has painted itself into a corner when it comes to conversations about Hong Kong, even on the outside.”

In China, WeChat is used as a messaging app, a social media platform, a news outlet, and a payment platform. It’s owned by China’s largest tech company, Tencent, and claims to have 1 billion daily active users. “WeChat is like this super app in China,” explained Cook. “When someone’s personal WeChat account gets disabled, people find that it affects their daily life.”

Losing an account in this way is relatively common in China. The country’s draconian internet laws allow the government to access user data and censor content on social media platforms at will. Yet the app is so integrated into daily life that it’s almost impossible to stop using.

For Americans who have family or friends in China, the app has become a critical way to stay in touch since the country blocks Facebook and Twitter. Yet it’s also proved problematic as people try to talk about politics — a term that has a loose meaning for people in China. “The red lines are constantly shifting,” Cook says. “It’s political, religious, social, and economic content. Even information about public health. Things that used to be on the safe side of the red line are no longer safe.”

Another WeChat user who lives in Minnesota says he posts political content that appears to support the Chinese government, but he codes his messages in such a way that his readers know he’s been ironic. “Chinese people know what I’m writing,” he says. “It superficially looks like I’m supporting, but the tone shows I am not.”

“Even though I’m an American, I’m monitored.”

And even though he is part of Xie’s WhatsApp group, he says he avoids talking about some politically sensitive topics to keep his family in China safe and ensure he’s still able to visit. “I can’t speak freely like I used to,” he says. “I still have to go back and visit my family, and I see the consequences of speaking out.”

George Shen, a WeChat user in Boston who works at IBM, started a White House petition asking Congress to stop Tencent from censoring people in the United States. “Tencent, with operations in the U.S., has been systematically engaging in censoring public opinions, suppressing dissidents, violating free speech rights of American citizens and hindering American democracy,” he wrote.

Congress didn’t respond to Shen’s petition, but he’s continued to lobby politicians like Sen. Marco Rubio (R-FL) who’ve recently spoken out against China censoring content on the video-sharing app TikTok. His hope is that lawmakers will impose sanctions on Tencent if it does not agree to follow the First Amendment and allow Chinese Americans to discuss politics on the app.

The WeChat user in Minnesota says he’s surprised Congress still hasn’t acted. “I came to the US for freedom and democracy,” he adds. “But over the last few years, I feel that even though I’m an American, I’m monitored. I can’t speak freely like I used to, even though I live in the US.”