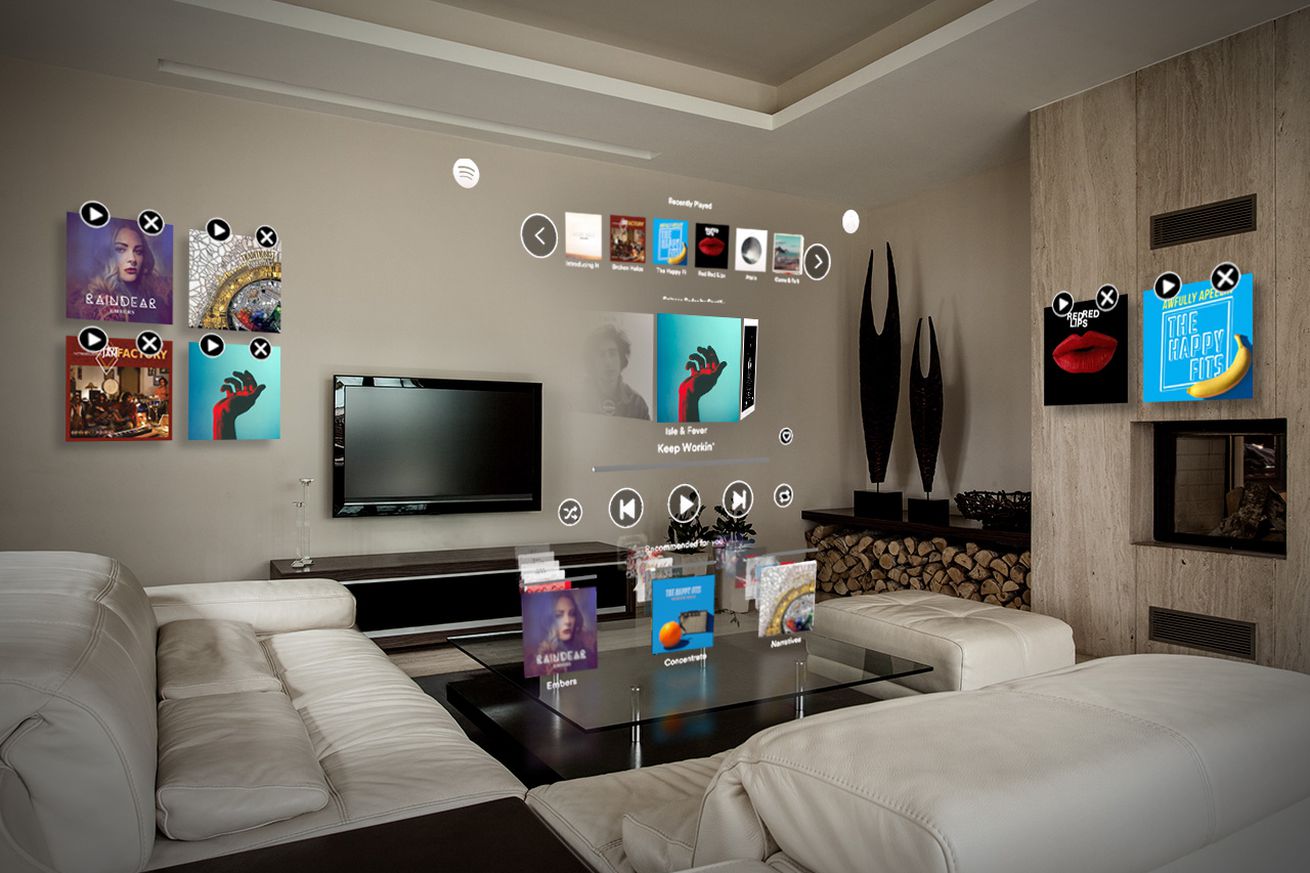 Spotify has released a version of its music streaming app on Magic Leap’s headset, the augmented reality company announced today. The app will show a location-aware three-dimensional Spotify interface on top of your world with the ability to automatically change playlists as you move between rooms. You’ll need a Spotify Premium subscription in order to use the app.

Spotify will sit alongside a growing collection of apps that are available for the augmented reality headset, which was first released as a $2,295 developer edition last year. These include games like Angry Birds: First Person Slingshot and Star Wars: Project Porg, as well as video-focused apps from the NBA, CNN, and the Cheddar news network. However, this is the first time a major music streaming service has announced an app for the headset.

The headset has speakers built in, or you can use headphones

The Magic Leap headset has small built-in speakers placed near your ears, but there’s a jack for you to plug in your own pair of headphones. Earlier this year Magic Leap added the ability for its headsets to play music in the background while you use other apps, and the Spotify app is the first to make use of this functionality.

The announcement comes just days after reports emerged that Magic Leap is embarking upon another big funding round. The company said that it’s currently working to expand its content and developer ecosystems, and is also developing a second generation device.