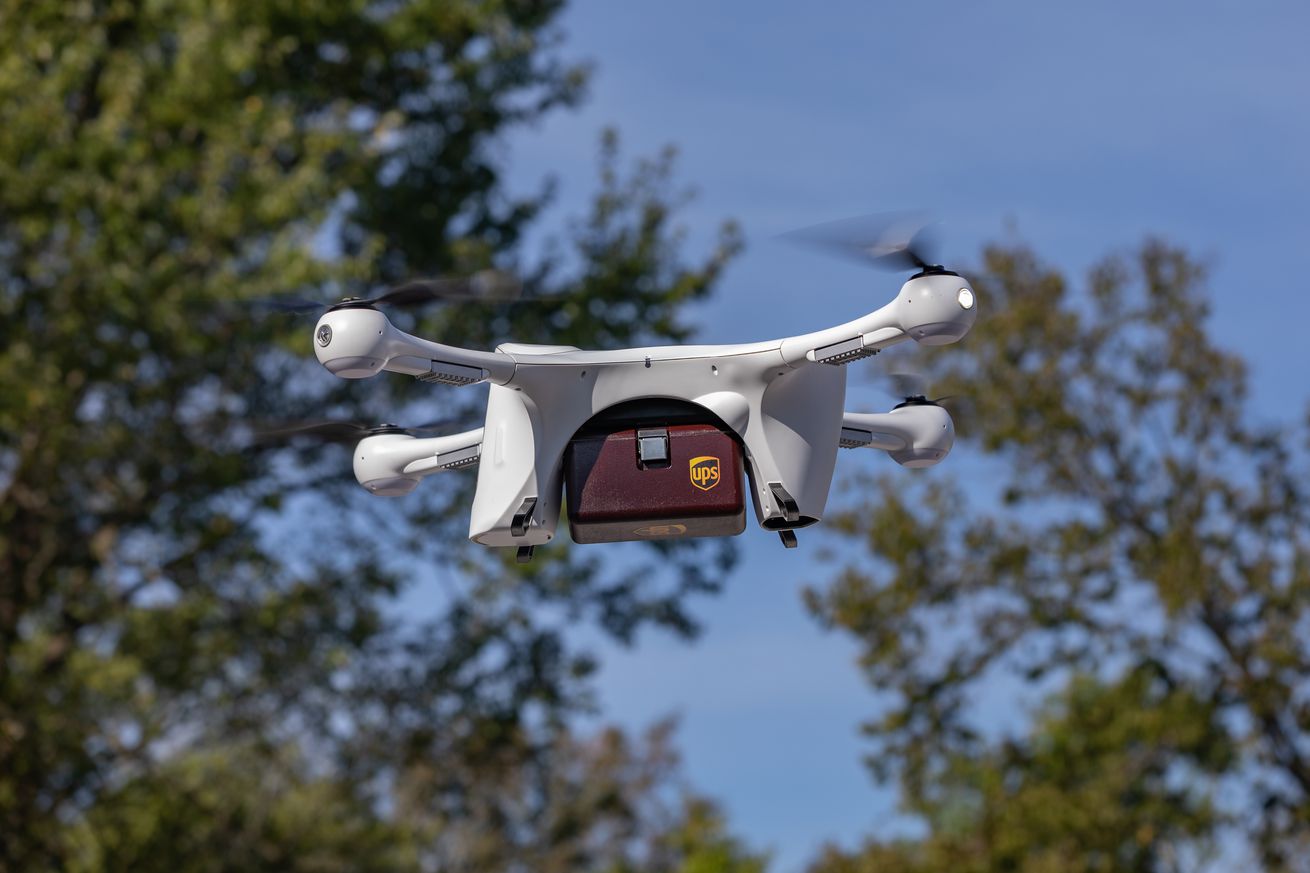 UPS subsidiary UPS Flight Forward has just completed what it claims is a first for the US drone delivery market — delivering prescription medication directly to a customer’s home by drone. On November 1st, the company flew the medication from a pharmacy in North Carolina to a home, before making a second delivery to a nearby retirement community. The deliveries were made in partnership with CVS Pharmacy, as well as Matternet, a drone logistics company.

The flight was made autonomously, but was monitored by a remote operator who was able to take over if the drone experienced any difficulties. When it arrived, the Matternet M2 drone hovered 20 feet above the property, before slowly lowering its package via a cable. The hope is that drone deliveries like this will make it easier for customers with limited mobility to get their medication in the future.

These aren’t the first drone deliveries that have been made in the US, nor are they even the first from UPS specifically. Google offshoot Wing launched a drone delivery service of its own last month in Virginia which delivers over-the-counter medicines and other health and wellness items, and UPS has also been operating a drone delivery pilot at WakeMed Hospital in North Carolina since March where it says it has now made 1,500 deliveries. What’s new is that UPS Flight Forward’s service includes prescription medications, and that it’s flying them directly to residential homes.

The reason for the relatively slow progress of drone deliveries has a lot to do with regulation, which prevents companies from flying drones outside of an operator’s direct line of sight or at night without proper FAA authorization. UPS only got approval to operate its “drone airline” in late September, while Wing earned its approval back in April. Now that both companies have earned the FAA’s approval, it will be much easier for them to gain experience at making drone deliveries to customers in the real world.