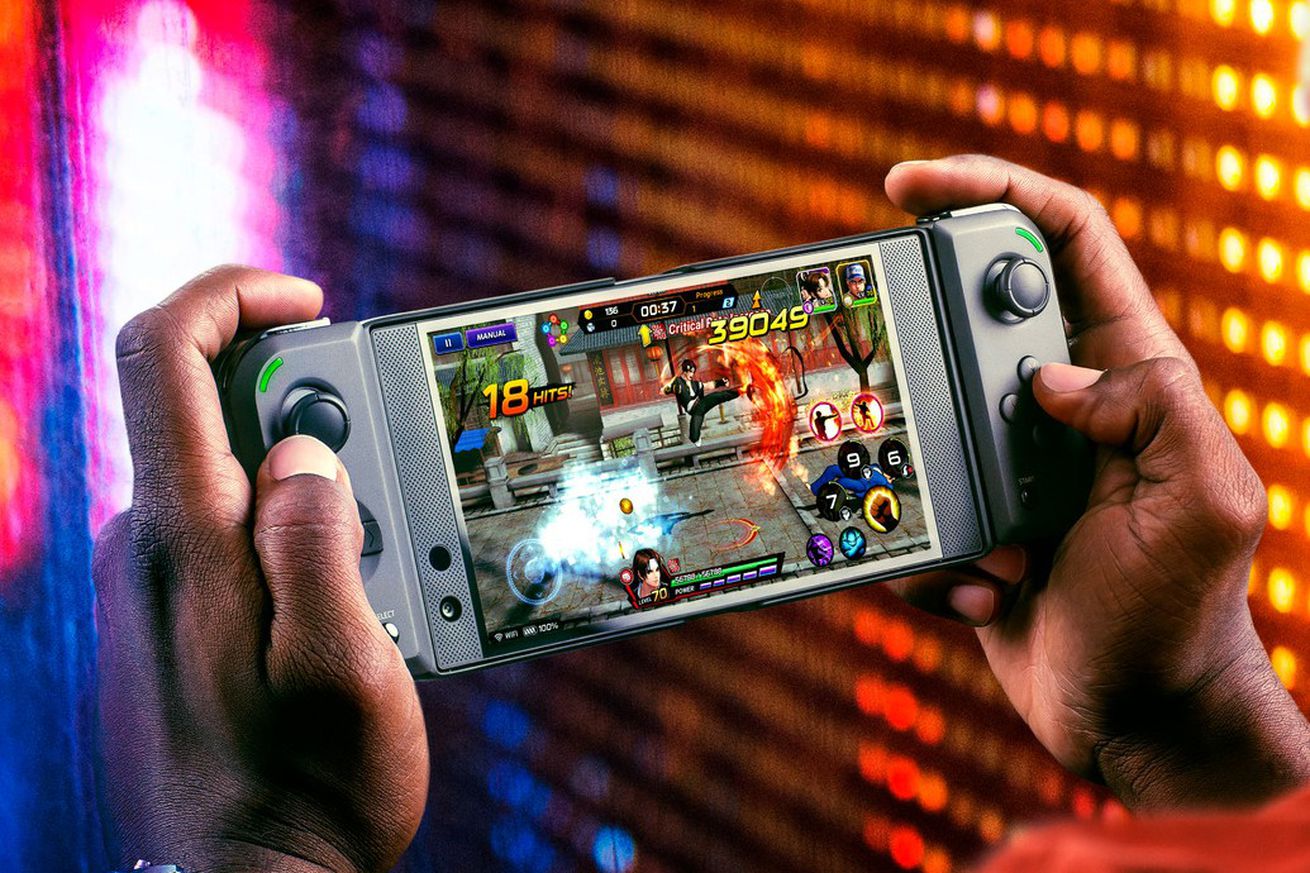 Remember when Razer announced a sleek sliding gamepad for your iPhone called the Junglecat? I bet not, considering how the company axed that idea without ever releasing it to the world. But today, it’s launching a $100 mobile gamepad called the Junglecat yet again — this time reincarnated as a set of two Nintendo Joy-Con-like gamepads that snap onto either side of your handset.

The catch is you’ll need to stick your phone in a specific case to make that trick work, and Razer only has cases for four phones to start: the Razer Phone 2, Samsung Galaxy Note 9, and Samsung Galaxy S10 Plus in the US, or swapping out the Note 9 for a Huawei P30 Pro case in the rest of the world.

Otherwise, you’ll be connecting the two pads together with a little bridging bar and using them at a distance from your phone or PC, like this:

Will it come to other phones? “We will continue to evaluate the needs of interested customers and address them accordingly,” a Razer rep tells The Verge, explaining that the company prioritized phones with large displays and gaming-oriented specs that sold in high volumes for this release.

Also, while Razer is promising the “instantaneous response with a reliable, low latency connection to your smartphone,” you should probably know that the connection Razer’s talking about is standard Bluetooth Low Energy. Unlike Nintendo’s Joy-Cons and a handful of other third-party controllers, there’s no physical connection to your handset, and it looks like you may need to charge them individually over USB-C.

All that said, Razer says they’ll deliver 100+ hours of gaming on a charge, which is quite a bit, and will let you remap buttons and even change the sensitivity on its large, Switch-like joysticks as well as offering native support for many games. If you’re interested, you’ll find the new Junglecat here.

P.S. If you think the industrial design looks a lot like a Gamevice, you’re not alone. I thought so, too, which reminded me to go find out what happened back when Gamevice sued Nintendo over the design of its Joy-Cons. Turns out that case was voluntarily dismissed. So now you know.