Uber unveils a new look for its food delivery drones 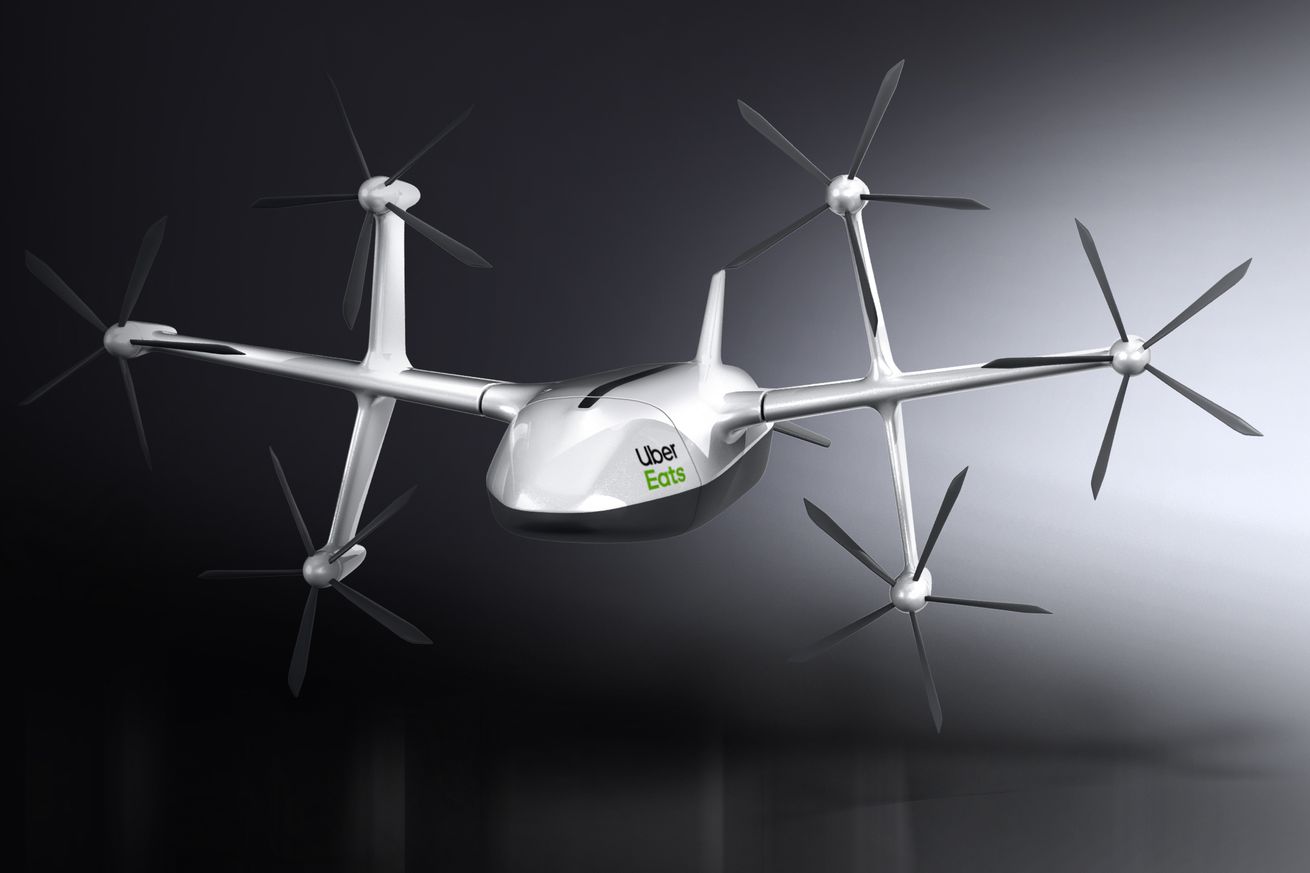 Uber is revving up to test its new drone delivery service for Uber Eats in San Diego in 2020. Today, the company unveiled a new look for its drone, which utilizes “innovative rotating wings with six rotors” to better enable the transition between vertical takeoff and forward flight.

Rotating wings is a feature more commonly seen in flying car prototypes and rarely in drones. Uber explains that the rotors are positioned vertically for takeoff and landing, but can then rotate into the forward position (pictured above) “for increased speed and efficiency during cruise flight.”

The rotating wing is similar to the one designed by Mark Moore, a NASA veteran and VTOL expert, for the company’s air taxi prototype. Both the drone and the air taxi project are part of Uber Elevate, the firm’s ambitious play to bring its ride and delivery service to the sky. It wants to perform test flights of the taxis in 2020, with a commercial launch in 2023.

The cargo capacity for the drone is a meal for two, Uber says, adding that the drone has already passed its “critical design review” and is expected to take flight before the end of the year. Earlier this year, the Federal Aviation Administration gave Uber the green light to begin testing drone delivery in San Diego.

The drone is designed to perform a maximum delivery leg in eight minutes including loading and unloading. It’s cruising altitude will be below 400 feet in order to comply with existing drone rules. It will have a total flight range of 18 miles without a delivery, and 12 miles with one. And the drone can hover in wind speeds up to 30 mph.

Drone delivery is moving from concept to reality with a spate of new trials. Last week, Alphabet’s Wing deployed its first delivery drones in Virginia. Other major companies, like Amazon and UPS, are also in the early stages of experimentation.