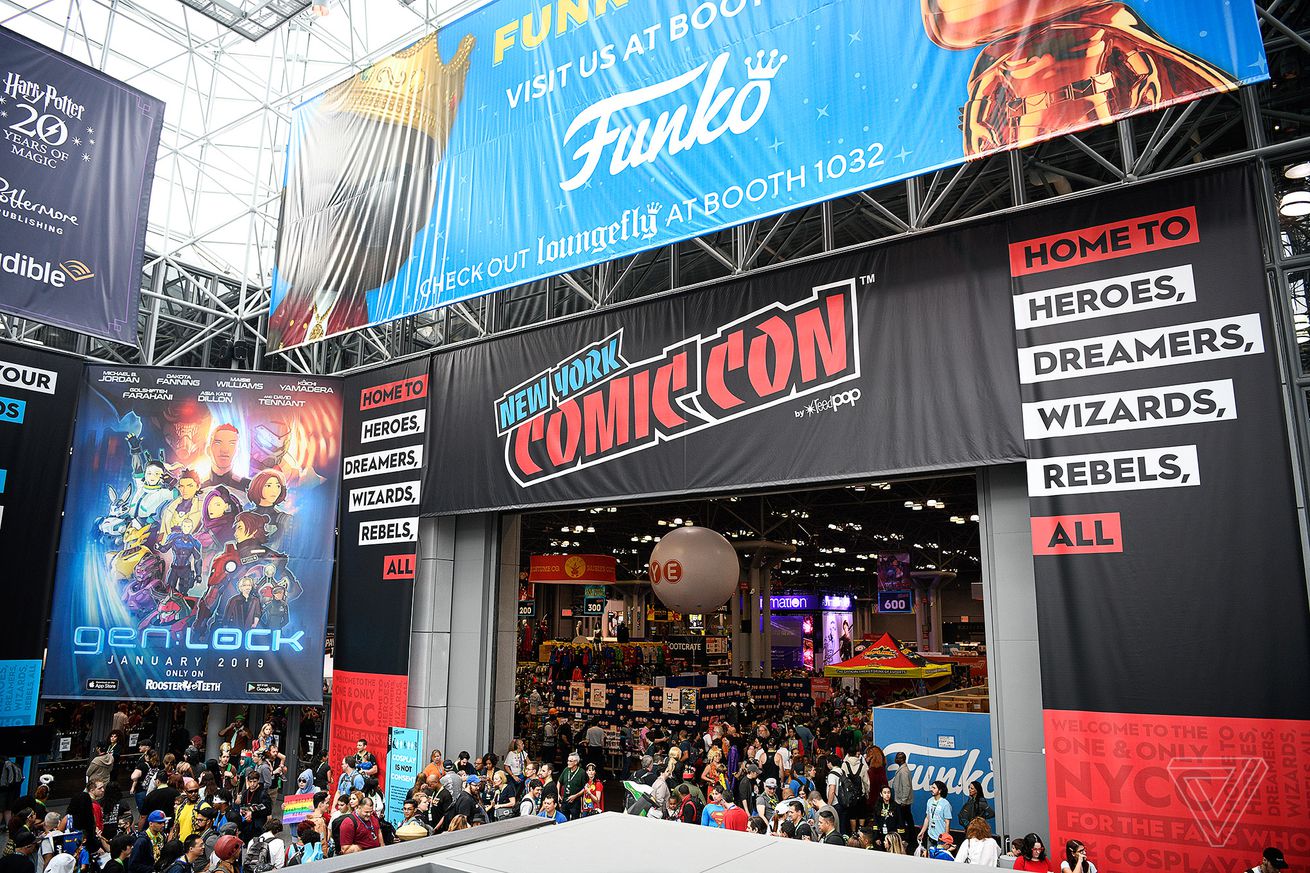 Photo by Stefan Etienne / The Verge

New York Comic Con has come and gone, but it left behind plenty of great trailers for new content, including a new look at Star Trek: Picard and The Expanse’s upcoming fourth season, a first glimpse of the new Walking Dead spinoff, and another trailer for Apple TV Plus’ mysterious M. Night Shyamalan thriller, Servant.

We’ve rounded up all the biggest and best trailers from this year’s show in one place for your viewing convenience. Check them out below.

Star Trek: Discovery’s season 3 comes off the heels of a game-changing season 2 finale that saw the crew of the Discovery catapulted 930 years into the future, where things seem to not have gone according to plan. It’ll be out in 2020.

Incredibly, there still isn’t an actual name for the new Walking Dead show (the second spinoff from the main series), despite an almost three-minute trailer. We do know that the new series will be set nearly a decade after the start of the apocalypse and that things look way more upbeat here than the usual Walking Dead vibe, with a much younger cast. The new series will be out in spring 2020.

Ever since Amazon swooped in to save The Expanse from its Syfy cancellation, fans have been eagerly awaiting the fourth season of the popular space series. It hits Amazon Prime on December 13th — better start catching up now.

Speaking of new seasons of space shows, Netflix’s rebooted Lost In Space is coming back for a second season (although Netflix is following the branding it’s used with Stranger Things to call it Lost in Space 2). This time around, the Robinsons will be off looking for the missing Robot, who appears to be lost (in space, one would assume).

Is this technically a “trailer”? Not really, given that it’s the new opening sequence for Steven Universe Future, a sequel series to the popular animated show (and recent full-length movie) that will serve as an epilogue to the story of Steven and the Crystal Gems. Also, the song is great.

She-Ra and the Princesses of Power’s next season hits Netflix in just under a month on November 5th, but this trailer (while light on details) offers a nice sizzle reel of what to expect when it does.

I’ll be honest, I don’t watch Outlander, so I can’t tell you a ton about what’s happening in this season 5 trailer, but it looks like plenty more time travel shenanigans, incredible accents, and of course, intrigue will be in store. It hits Starz next year on February 16th.

While much of the spotlight has been on Marvel’s upcoming Disney+ shows next year, before those shows hit, Marvel’s Runaways will be returning to Hulu for a third season on December 13th. Not only that, but this time, Cloak and Dagger will be making a Marvel-esque crossover from their Freeform series.

Footage from TNT’s reimagined Snowpiercer TV show only gets the briefest of teases here at the end, but the clip (narrated by Hamilton star Daveed Diggs) sets the groundwork for what to expect from the series when it hits in Spring 2020.

M. Night Shyamalan’s creepy teasers for his upcoming Apple TV Plus thriller, Servant, continue to be unsettling. That is all.

Ex Machina creator Alex Garland is back with a brief teaser for Devs, an upcoming miniseries that sees a young software engineer investigate a conspiracy around her brother’s death. Garland is set to direct all eight episodes, too, which is exciting for fans of his other work.

Riverdale has gotten a lot of mileage by taking classic Archie characters in darker and weirder directions, and the trailer for the new season shows that the brakes aren’t being applied anytime soon, with more drama, intrigue, and murder cults up ahead for the gang.

This is not technically a trailer for Ryan Reynolds’ new movie about a video game character that realizes they’re just an NPC in a game. But it is a delightful bit with Reynolds and Taika Waititi, which is nearly as good.