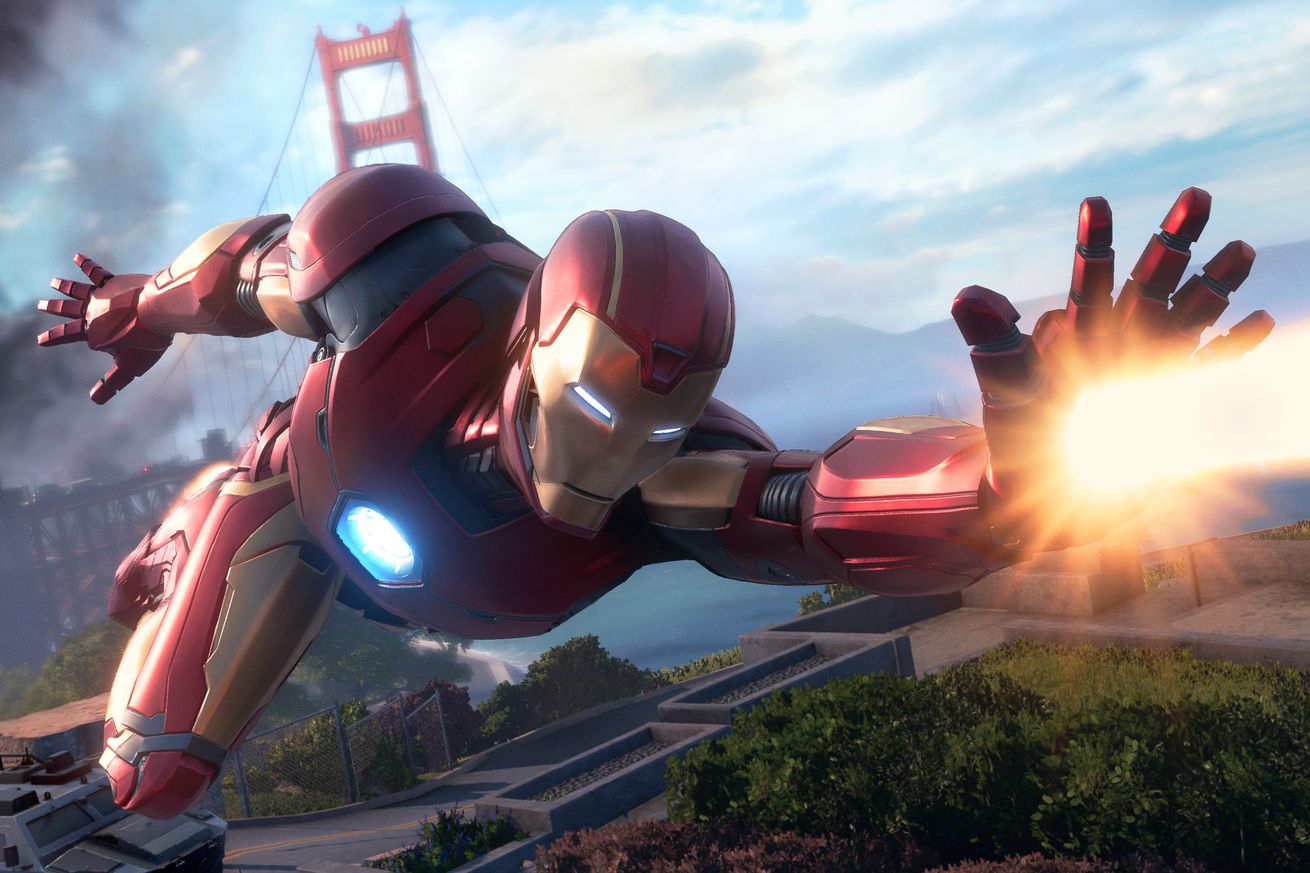 Square Enix’s Avengers game has been years in the making — but so far, all it’s had to show has been a canned demo of the game’s tutorial that has left many more skeptical than impressed. But at New York Comic Con, Square Enix gave a fresh look at Avengers that proves there’s more to it than just a very expensive tie-in to the popular Marvel films.

First, the news. At its NYCC panel today, the company announced a sixth playable hero that will be available at launch: Ms. Marvel — aka Kamala Khan — who’ll actually be the protagonist of Avengers, working to get the team back together to face a new threat. Marvel Games also announced a release date for the PSVR exclusive Iron Man VR, which will be out on February 28th next year. More importantly, though, Square Enix showed off more of the actual “game” part of Avengers. I got to play two separate demos that were radically different in how they presented the game.

The first was a slightly extended version of Avengers’ tutorial sequence, which Square Enix and Crystal Dynamics have shown off multiple times before at both E3 and Gamescom. It’s flashy and cinematic, portraying the disastrous events of “A-Day” that will tee up the rest of the game. The sequence lets players control five of the six main characters at launch, giving a taste of the bare basics of how each hero plays. But as a showcase of the game, it’s terrible: entirely on rails, with quick time events taking the place of more involved gameplay.

More problematic is the fact that, at least in the tutorial, each hero feels kind of similar. The animations and moves are all different, but when limited to predesigned set pieces, each plays almost identically. There’s definitely a thrill in jetting around as Iron Man, but Hulk’s smashing doesn’t feel markedly different from Cap’s shield bashing.

Thankfully, this wasn’t the case in the second demo. It was a combat training module that centered on the game’s newly revealed sixth hero Ms. Marvel; it took off the training wheels and gave me free control over the stretching hero to bash my way through an army of androids. The change is remarkable: with more abilities unlocked and player freedom, combat as Kamala actually feels like what you’d expect from reading the comics, and it’s really fun to play.

The best analogy here for combat is still the most recent God of War game: there’s a light attack / heavy attack / ranged attack setup, along with special “heroic” moves that players can choose that are on timed cooldowns. (For Ms. Marvel, this was a burst of healing, an enemy-flattening palm strike, and her signature “embiggen” move, which supersizes Ms. Marvel and lets her deal more damage.) Ms. Marvel also has a separate meter for temporarily “embiggening” that lets her enhance specific attacks by holding down a trigger button when attacking, which ties perfectly into the character.

The end result felt a lot like Marvel’s Spider-Man for the PS4, in the sense of how well it captured what it’d be like to play as that specific hero. The real question is whether Square Enix can replicate that feat across the other heroes outside of the tutorial.

Square Enix also finally previewed character customization at NYCC, which is another major component of the game. There are essentially three parts to building your heroes: cosmetic looks, items, and skills.

Cosmetics are the easiest to understand: they’re skins for how each character looks in-game. They don’t affect gameplay at all, and Square Enix says that it’s working on a wide variety of styles, both original and inspired by Marvel’s decades of comic books. (It also means that you won’t be stuck with the default, off-brand MCU designs for the whole game.) A few previewed skins included a King Thor outfit, a Joe Fixit Hulk, Captain America’s classic costume, and Iron Man’s “Original Sin” suit. Some skins can be unlocked in-game for free, while others will be sold for real money.

Next are equipped items, which should look pretty familiar if you’ve ever played a game like Destiny. Each item has a “Gear Level” and a color-coded rarity, as well as specific perks that augment or enhance that hero’s abilities. Perks have to be unlocked using a variety of in-game resources (which look similar to Destiny’s planetary materials), and there are gear sets with specific perks that will synergize together. The game is also surprisingly RPG-like: enemies, players, and missions all have numeric levels, and Avengers isn’t shy about throwing up big damage numbers for your attacks. And while I didn’t get a chance to try out the gear system in person, it looks like collecting gears and optimizing your equipment will be a big part of Avengers.

Lastly, there are unlockable skills. Each hero has a variety of skill trees for different aspects of their abilities that players can unlock and equip using skill points. (For example, Iron Man has separate melee, repulser, laser, and rocket skill trees.) Players will also be able to choose between a variety of “heroic” special abilities here.

Combining all that — in theory — lets you build vastly different versions of the same hero. In an example we were given, one developer preferred to build Thor as a crowd control character, focusing on an area of effect attacks and gear that would give faster cooldowns. Another chose to take a more melee-facing route with an emphasis on close-up damage and defense.

The developer also gave more details on the structure of the game. There are two types of missions in Avengers. Single-player-only “Hero Missions” are traditional story missions designed for (and limited to) a specific hero. Iron Man levels, the company promises, will be wide open spaces with room to fly, while Hulk levels will emphasize destructible terrain to smash.

Square Enix is promising a lot here, and there are still a lot of unanswered questions

There are also Warzone levels, where players can choose any hero in their roster and play either solo or online with friends, which offers more of a focus on gaining resources and gear; or, to borrow a Destiny analogy again, if the Hero Missions are Destiny’s story-focused campaign levels, Warzone maps are the more replayable Strikes. Missions are selected from a map that also feels remarkably Destiny-esque, down to the recommended levels and likely gear rewards that pop up.

Square Enix is promising a lot here, and there are still a lot of unanswered questions. We don’t know what co-op gameplay will look like or how it will work with different heroes running around. The company has promised that future heroes and areas will be free, and that it doesn’t want to have any “pay for power” scenarios, but there’s still no word as to what paid DLC will look like outside of purchasable skins. There’s no public gameplay of what the story missions will look like, or how those will work.

And while Square Enix is promising that it’ll be stewarding Avengers for years after launch, we don’t know how much content will actually be available when it comes out this May, or if any endgame (pun-intended) content will be available — something that games like Destiny, The Division, and Anthem have all shown to be a crucial part of live service games like this.

Fortunately, there are still months until the promised May 15th, 2020 release date, and Square Enix is presumably working on (or already has) the answers to many of these questions. For now, though, it’s clear that Avengers has ambitions to be as big as the billion-dollar blockbusters whose name it shares. We’ll find out soon enough if it actually can.