If forests go up in smoke, so can carbon offsets 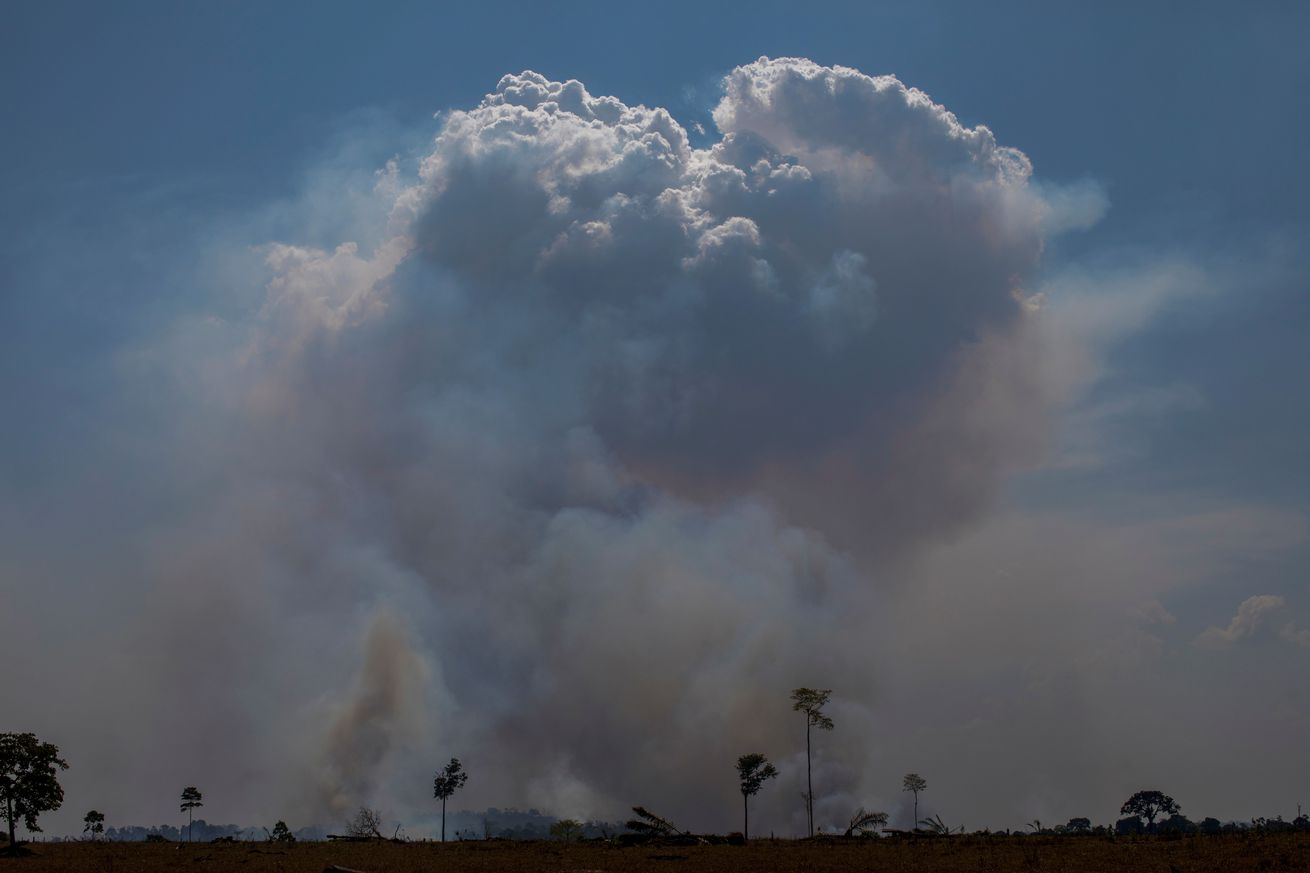 Raging fires across the Amazon and the start of California’s fire season have put the heat back on a controversial method for balancing the carbon budget, called offsets.

Here’s how offsets work. Let’s say a person or a company wants to contribute less to global warming. One option would be to cut down on air travel, since flights result in a lot of planet-warming gases, including carbon dioxide. But what if it just hurts too much to miss out on that family reunion or that conference on the other side of the country? Instead of skipping that flight, someone might purchase offsets that would theoretically cancel out the carbon emissions generated by flying.

They might contribute to a fund that protects a piece of the Amazon, or pay to plant new trees. Trees and forests breathe in carbon dioxide and store it safely away from the atmosphere. But what happens when those forests are threatened by fire?

Forest offsets are effective if they remain intact for 100 years

Since the onset of offsets, fires have posed a risk. They’re a threat to what scientists call “permanence.” Forest offsets are only effective if they remain intact for 100 years or so, about the amount of time that the carbon they trap would have stayed in the atmosphere.

“If you invest in carbon storage, and then five years later, 10 years later, the carbon storage is lost — you haven’t done much good, because everything that you’ve done has just gone up into the air,” Barbara Haya at the University of California, Berkeley tells The Verge.

There haven’t been any reports yet about offset projects being destroyed in the Amazon’s fires. That’s probably because the fires — which have burned through an area about the size of New Jersey — are largely the result of slashing-and-burning areas for agriculture, experts say. But they warn that there is a risk of fires spreading to adjacent forest as the region hits the peak of its dry season.

“My prediction is that, based on past studies, that these fires escape mostly in degraded forests,” Paulo Brando, adjunct scientist at the Woods Hole Research Center, told reporters during a briefing on September 5th. Fires don’t typically occur in the Amazon, the rainforest is too wet. But thanks to logging and other human activities affecting the health of the forest, some regions are becoming more susceptible to fire over time.

Unlike the Amazon, wildfires are a natural part of many California ecosystems, where over the past week, fires devoured more than 80,000 acres at the onset of the state’s fire season. Climate change, urban expansion, and the suppression of naturally occurring fires have made the blazes more destructive. The state has seen its deadliest and most destructive wildfires over the past two years. In 2015, a carbon offset project in Trinity County, California went up in smoke. The fire destroyed two-thirds of the project area and released 1,063,590 tons of carbon dioxide that had been stored in the forest, roughly 45 percent of all the carbon the project was keeping out of the atmosphere. The Trinity Timberlands Project was so badly damaged, that the entire project was terminated.

Fears of similar fates are why some activists argue that it’s much better to simply stop polluting, rather than polluting and then trying to cancel out the damage through offsets. ProPublica published an investigation earlier this year into the checkered history of global offset projects that have failed to produce the planet-saving results they had promised.

Still, forest offsets remain popular, and as fires continue to spark around the world, offset operators have come up with plans for how to cope with the threat of ignition.

When offset projects are destroyed, they tap into a buffer account that’s sort of like an insurance pool. “It works kind of like an insurance scheme, where all the projects have to contribute some portion of the credits that they are generating,” Frances Seymour, a distinguished senior fellow at the World Resources Institute explains to The Verge.

In California, any forest offset project is required to set aside a percentage of its forest toward that buffer. The idea is that if one project gets consumed by flames, trees at a different project, unscathed by flames will be able to make up the difference.

The 2015 fire at Trinity was the first and, so far, last time that buffer pool has been tapped because of fire, according to the California Air Resources Board. “From our perspective, it really demonstrated that the system worked as designed,” says Brian Shillinglaw, managing director of New Forests Inc., which was involved in financing and developing the Trinity project.

But that insurance pool needs to be robust enough to handle all the threats that might come along over time — especially as climate change threatens to ratchet up the intensity of wildfires and extend the length of fire seasons. “One concern is that the buffer pool will not be large enough to cover all of the reversals that will happen over decades,” Barbara Haya tells The Verge.

Rising risks of flames are not the only serious threat to the permanence of forest offsets — there’s also illegal logging and deforestation, and the ongoing challenge of keeping up the funding and political will to manage and protect offset projects for the long haul. But amid the threats, some groups see a hot opportunity. California regulators will vote on September 19th on whether they will consider credits from offset initiatives in tropical forests like the Amazon as part of the state’s cap-and-trade system. As more countries, communities, and companies try to stem their contributions to the climate catastrophes unfolding around the world, they’re still turning to offsets. They just have to figure out how to help the projects endure for 100 years, without going up in smoke.