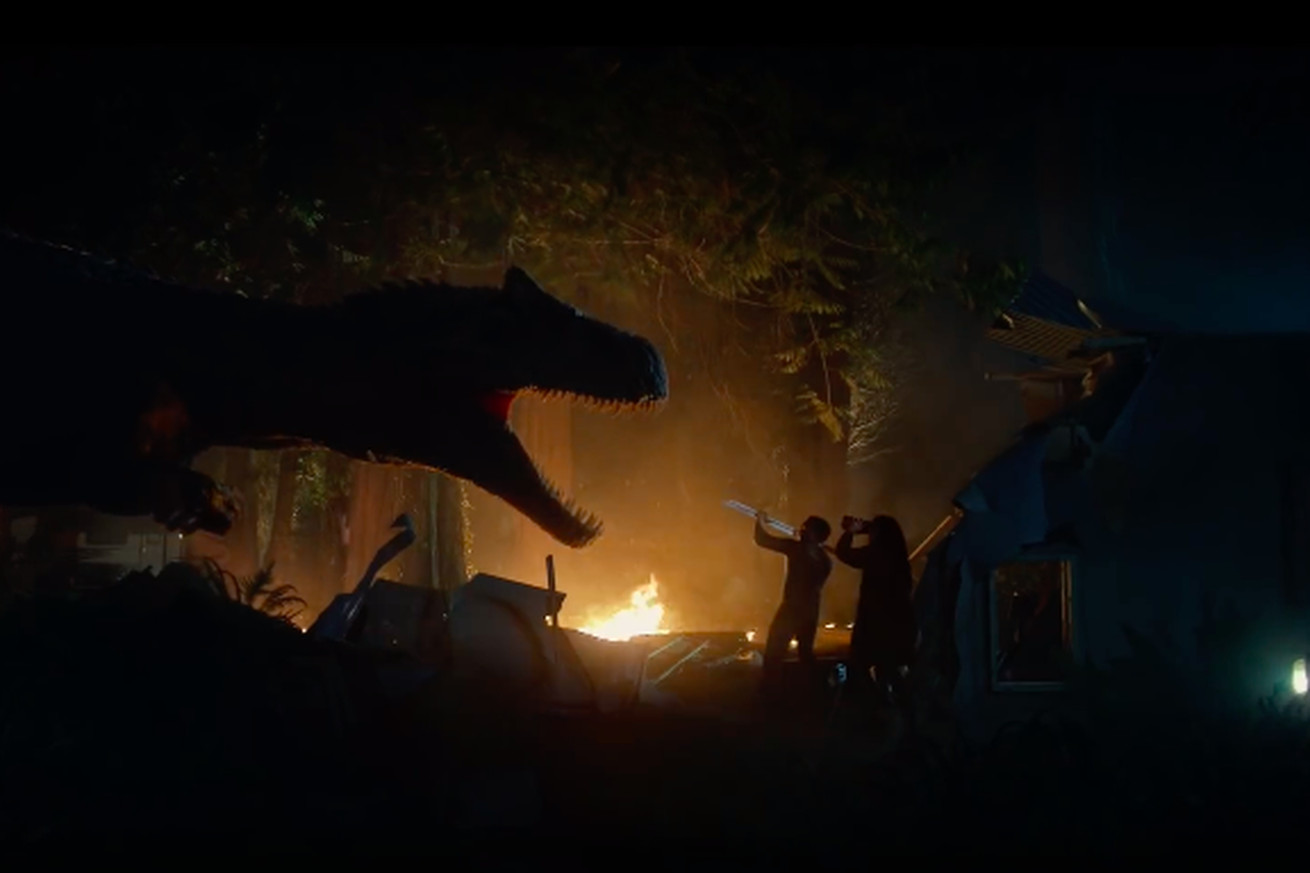 Imagine trying to enjoy a nice barbecue dinner with your family when a couple of triceratops and a bloodthirsty T. rex suddenly upend it all by fighting in your front yard.

That’s the basis of the new Jurassic World short, directed by Colin Trevorrow, who also helmed the first Jurassic World in 2015. The eight-minute short, Battle at Big Rock, takes place one year after Jurassic World: Fallen Kingdom and picks up where the last film ended: dinosaurs are now freely roaming around the world and, inevitably, there are some problems.

Battle at Big Rock has everything a Jurassic Park fan would want — family drama, dinosaurs crushing vans, and even a badass eight-year-old with a crossbow. Whether this family will make an appearance in Jurassic World 3 (set to be released in 2021 and also directed by Trevorrow) is unclear. There’s certainly no sign of Chris Pratt’s Owen Grady or Bryce Dallas Howard’s Claire Dearing.

Battle at Big Rock first debuted exclusively on FX, but is also available to watch on NBC.com, JurassicWorld.com, and YouTube.