Supreme’s new feature phone is for hypebeasts only 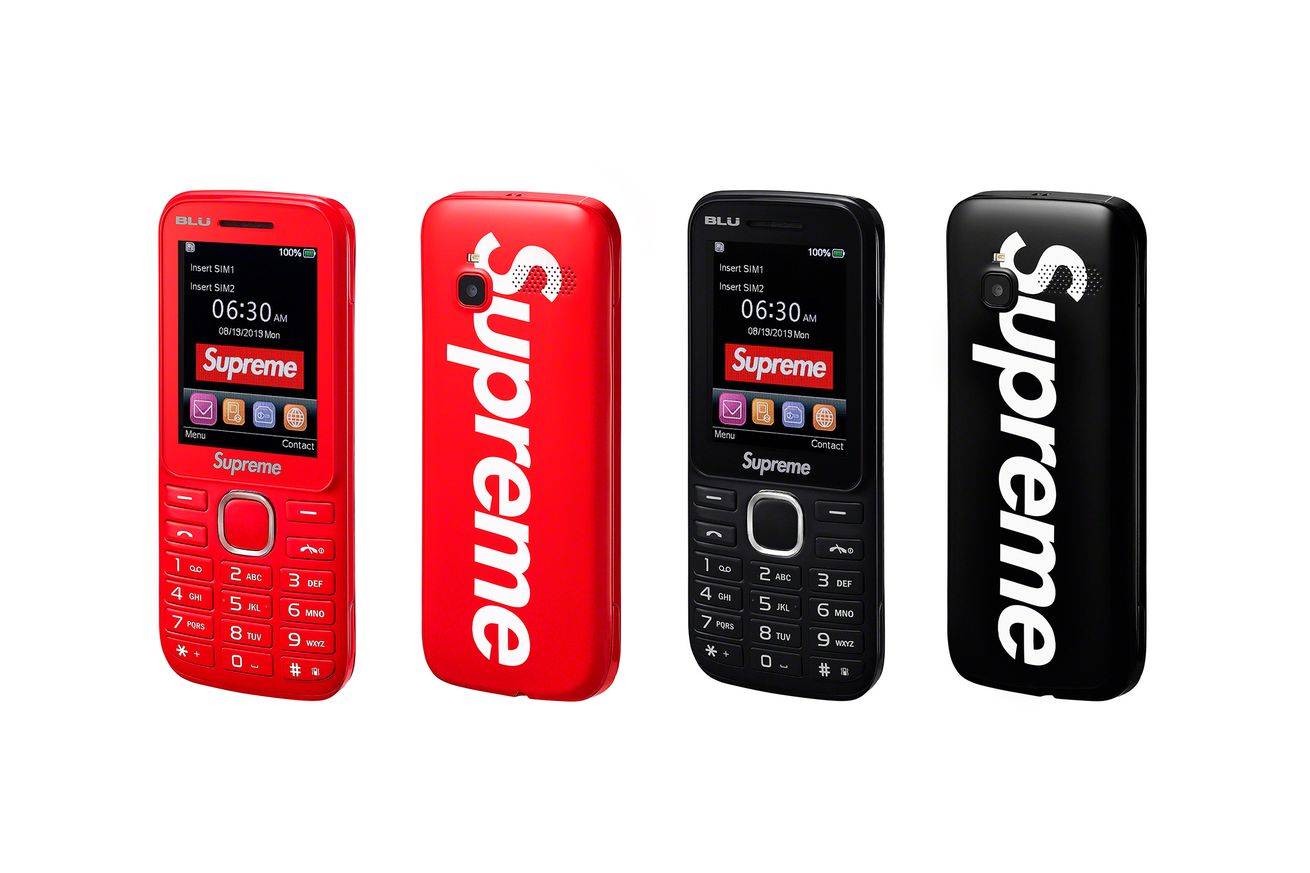 Supreme has just announced its fall / winter 2019 catalog, and nestled in among the accessories like Voodoo Dolls and table tennis sets, there’s a Supreme-branded “burner phone” manufactured by Blu. The new collection will be available on August 22nd in Supreme’s New York, Los Angeles, London, and Paris stores. There’s no mention of price on Supreme’s site, but considering this is the company that sold a limited edition brick for $30, we don’t expect this to be as cheap as its budget specs suggest that it should be.

Make no mistake, this is a very budget device. The phone is 3G only, and although Supreme proudly boasts that it has a “built-in camera,” we wouldn’t place any bets on it being able to rival the likes of the Pixel 3 anytime soon. Based on the design of the phone, it looks like this could be a rebranded Zoey 2.4, which would mean that it has a massive 2.4-inch screen and 128MB of internal memory. Supreme is selling the phone with a 16GB memory card included, which is nice.

The phone appears to be a rebranded Blu Zoey 2.4

This isn’t the first time Supreme has dipped its toe into tech. The company has collaborated with Mophie a few different times on a range of Supreme-branded battery packs. Amazingly, these weren’t sold at outrageously high prices, although it was still difficult to get your hands on one since they sold out pretty much instantly. C’est la vie.

We’re not going to get sniffy about feature phones. Sometimes you need a phone that’s going to be able to get through an entire weekend on a single charge, and that’s before we even get into the needs of people in developing countries. Suffice to say, we can’t see Supreme’s burner phone being the best option for either of these groups of people. Still, if you’re a true hypebeast who’s prepared to jump through Supreme’s hoops just to carry its logo around on the back of your phone, then have fun.