Everything we think we know about the Samsung Galaxy Note 10 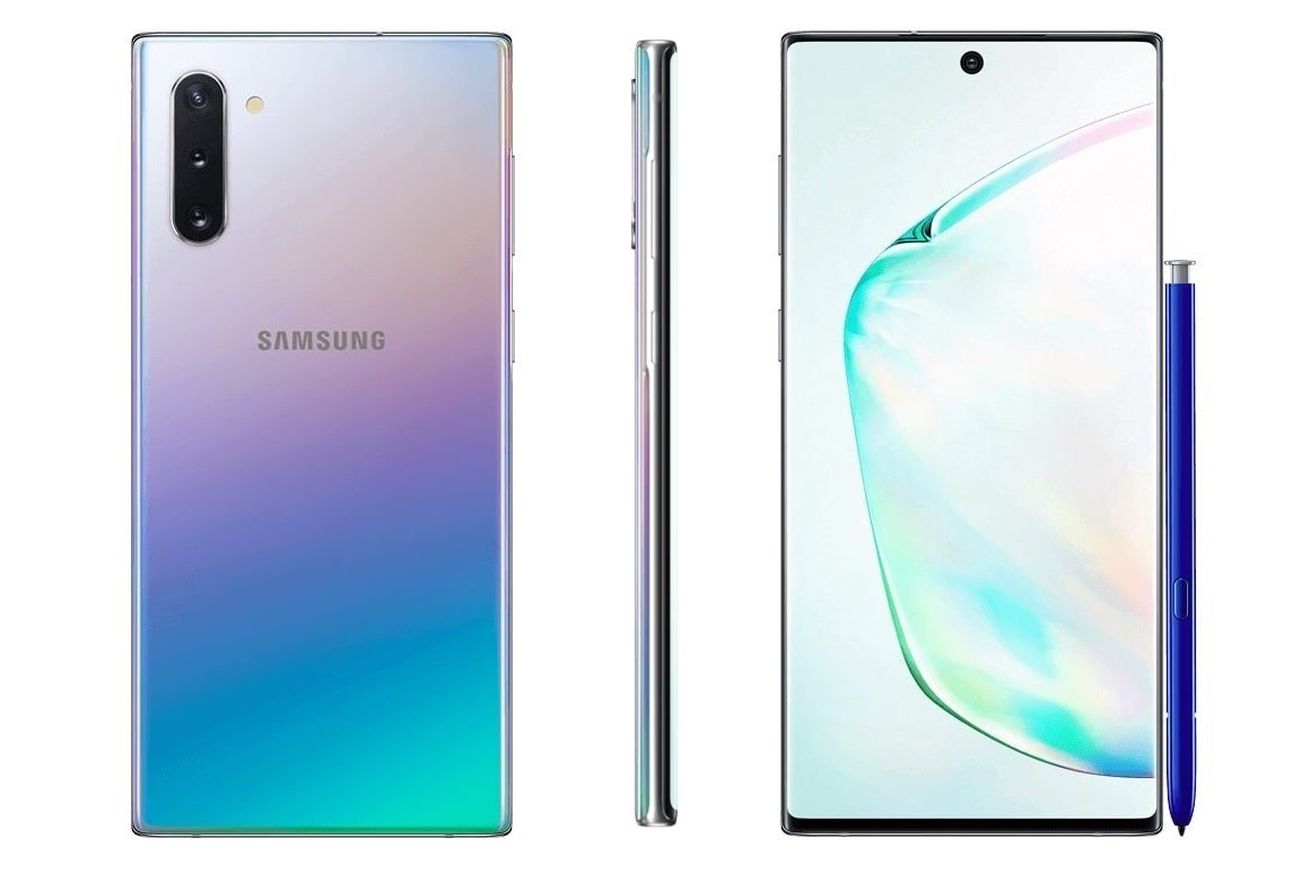 We’re just a few days away from Samsung’s big Galaxy Note 10 event, and the rumors and leaks are in full form, teasing details of Samsung’s latest super-sized flagship. Or rather, flagships, plural, with Samsung expected to take a page from its own Galaxy S line’s playbook and release multiple sizes of the Note 10.

We already know some of the news, with Samsung announcing some of its smaller summer products — like the Galaxy Watch Active 2 and the Galaxy Tab S6 — ahead of the big Unpacked event, presumably leaving more time for the good stuff.

And while Samsung isn’t officially announcing the Note 10 until Wednesday, the usual flood of leaks means we already have a pretty good idea of what to expect when the company takes the stage at the Barclays Center at 4PM ET that day. Here’s everything we know so far:

The star of the show is expected to be the Galaxy Note 10, the latest in Samsung’s line of big-screened, stylus-equipped devices. If the Galaxy S line is the company’s mainstream device, the Note is for true Samsung aficionados, often offering cutting edge features and bizarre experiments before any of its other hardware.

Two (or four) Notes: Samsung is rumored to have two models of Note 10 this year: a smaller 6.3-inch Note 10, and a souped-up Note 10 Plus with a massive 6.8-inch display. For comparison, the S10 has a 6.1-inch screen, and the S10 Plus offers a 6.4-inch panel, meaning that standard Note 10 will be smaller than both the larger S10 Plus and last year’s Note 9, which also had a 6.4-inch screen. Both Notes will feature Samsung’s Infinity-O displays, too, with razor-thin top bezels achieved by putting a single hole-punch camera directly in the middle of the top of the display.

The difference between the two Note 10s isn’t just screen size, though. While both Notes will feature Qualcomm’s Snapdragon 855 processor, the bigger Note 10 Plus will have improved hardware in a few key respects. According to reliable leaks from WinFuture, the Note 10 is said to have a 3,500 mAh battery, 12W wireless charging, 8GB of RAM, and 256GB of storage — with no microSD card slot to expand it. The Note 10 Plus, however, will reportedly have a massive 4,300 mAh battery, 20W wireless charging, up to 45W charging speeds for USB-C charging, 12GB of RAM, and the same 256 GB storage, but with a microSD slot added.

The Note 10 Plus is also said to have an additional ToF (time-of-flight) sensor on the back, which could enable better portrait mode depth effects and augmented reality, although we’ll have to wait to see what Samsung intends to use it for to know for sure.

It wouldn’t be a Note without an S Pen, and the Note 10’s stylus is apparently getting a few new tricks up its sleeve. This year, the big addition is said to be some kind of motion gestures, that will let you control the phone through the S Pen by moving it around, but without actually directly touching the display. It’s not totally clear how the new S Pen will achieve this (or how useful it’ll be), but expect Samsung to have a demo or two showcasing the feature.

Both models of Note 10 are expected to get an updated triple-camera system, with three lenses on the back: a 12-megapixel main lens that can adjust from f/1.5 to f/2.4, a 16-megapixel f/2.2 ultrawide lens, and a 12-megapixel f/2.1 telephoto lens with 2x optical zoom. And as mentioned before, the Note 10 Plus is expected to have an extra time-of-flight camera, for a total of four rear lenses.

Both phones will have just a single 10 megapixel front-facing camera (unlike the Galaxy S10 Plus, which had two for its hole-punch camera).

Of course, why stop at two Notes? Samsung is an early adopter for 5G, with the S10 5G model already out and a planned 5G version of the delayed Galaxy Fold. According to the rumors, Samsung might have 5G models of both Note 10 sizes, for a total of four Note 10 variants (which, if true, probably won’t confuse anyone at all.)

The Note 10 will become the first mainstream Samsung phone to kill the headphone jack —which means that the company’s future phones likely won’t be getting the port, either. It’s the end of an era in many ways… but at least Samsung has a dongle ready to go.

Samsung announced the Galaxy Home on August 9th, 2018, alongside the Galaxy Note 9. A full year later, and we still haven’t gotten a price or release date for the long-delayed speaker, which has missed several release dates. The latest wordfrom Samsung co-CEO Hyun-suk Kim was a planned Q3 2019 release. If Samsung does plan to hit that date, an update at the Note 10 event might be a good time to do it.

There’s also rumors of a smaller Galaxy Home device — the Echo Dot to the Galaxy Home’s full sized Echo, if you will — that leaked via the FCC earlier this year, which could show up too.

The Galaxy Note 10 is expected to take up most of Samsung’s event, but it’s not Samsung’s most exciting phone of 2019. That honor still goes to the foldable Galaxy Fold, which was delayed at the last minute ahead of its planned spring release after early reviewers (including The Verge’s Dieter Bohn) discovered critical problems with the device. Samsung says that it’s fixed the issues and plans to release the Fold in September, which means this Unpacked event could be the perfect time to announce a proper release date.

A fresh leak ahead of the event is a new laptop, the Galaxy Book S, which appears to be heavily inspired by Microsoft’s own Surface Laptop. Details are slim, although some rumors suggest that it could be powered by a Snapdragon 855 processor with 8GB of RAM. It would be a little odd for a laptop to show up at what’s typically been a mobile-focused event, though.

As mentioned before, the event is likely to focus on the Note 10, but there’s always the chance for a surprise or two. Out-of-the-blue partnerships? Wild OLED panels? Smart refrigerators? Anything’s possible when Samsung takes the stage.