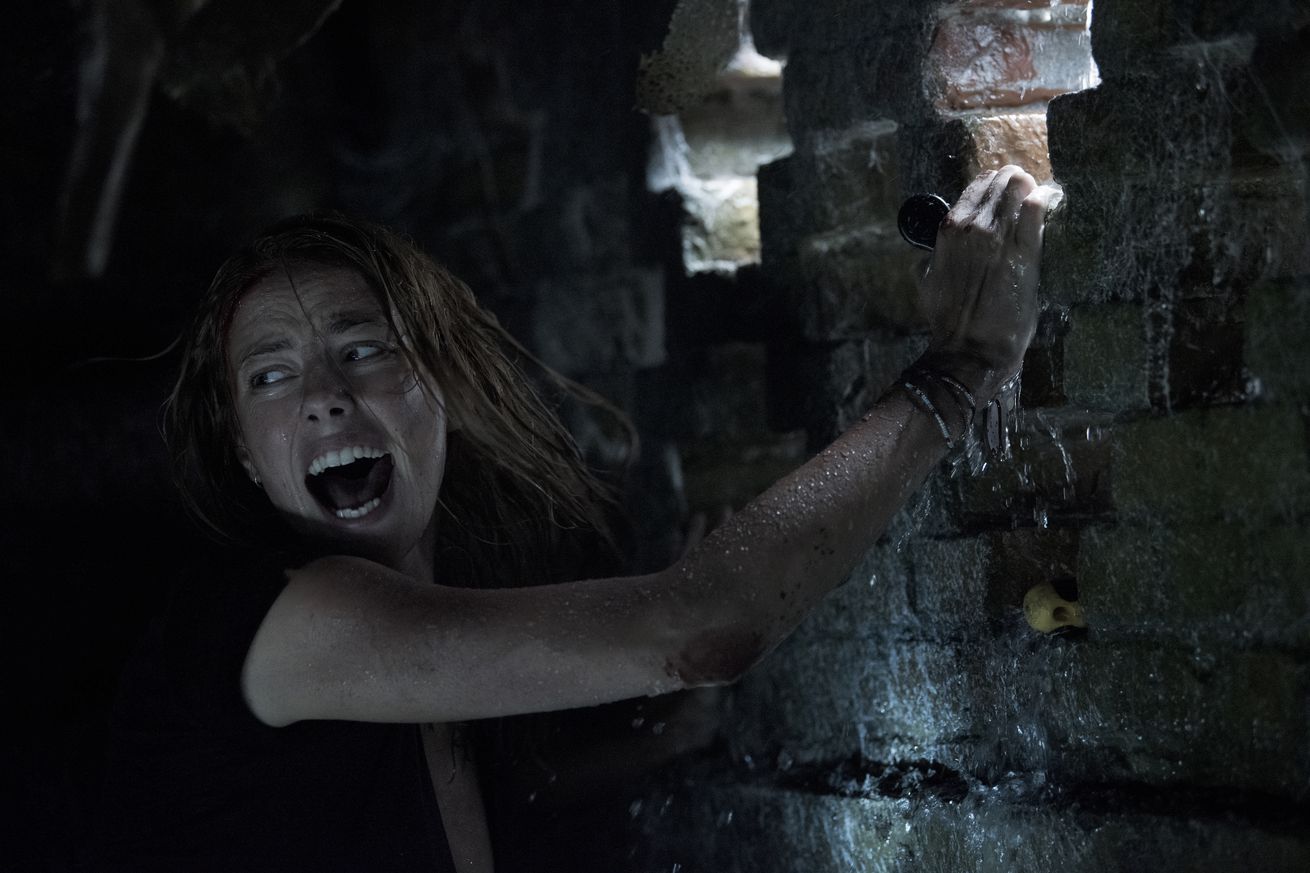 As the line between film and television continues to blur, big-screen movies are still supposed to flaunt their scope. In a summer where plenty of would-be blockbusters are withering at the box office, and plenty of potential moviegoers seem to be staying home to watch Stranger Things, size and scale remain selling points for the theatrical experience. Avengers: Endgame hops around planets and time-streams. Men in Black: International zips between continents like a James Bond picture. Even your friendly neighborhood Spider-Man takes a whirlwind tour of Europe.

Some of these big-scope adventures do deliver the requisite cinematic thrills. But as plenty of blockbusters deflate into disappointment, a different sort of summer movie has been making headway. In the lackluster summer of 2016, The Shallows(in which a stranded Blake Lively matches wits with a shark) and Don’t Breathe (in which trapped young people match wits with a wily, murderous blind man) provided more efficient and consistent thrills than a lot of their super-sized, mega-budgeted counterparts. Call them limited-location thrillers. So far this summer, the limited-location thriller to beat is the underhyped Crawl, in which a hurricane-stranded Kaya Scodelario matches wits with a pack of alligators.

Crawl isn’t as well-crafted as either The Shallows or Don’t Breathe, though it shares a producer with the latter: Sam Raimi, whose first two Evil Dead movies are gonzo versions of the limited-location thriller. Hit-and-miss horror auteur Alexandre Aja knows how to deliver lean, mean horror action. Crawl is far less tongue-in-cheek than his Piranha remake, but it doesn’t build to a fever pitch or deliver dynamite setpieces.

It does, however, maintain its tension in a way that outshines many of this year’s summer thrill rides. The setup is an ingenious hybrid of disaster movie and creature feature: College student Haley (Scodelario) drives to her old family home in the midst of a hurricane to make sure her dad (Barry Pepper), who hasn’t been answering his phone, is safe. She finds him gator-bitten and unconscious, and as their house floods, she realizes the alligators are pouring in along with the rainwater. Father and daughter must avoid both drowning and massive alligator teeth; much of the movie’s 87 minutes takes place in the rapidly flooding house.

That limitation is a major asset. Crawl has plenty of computer effects, but unlike so many movies whose reach exceeds their effects budget (especially in disaster-movie circumstances that seemingly call for large-scale destruction), it doesn’t require its characters to spend the entire movie in front of obvious green screens in a desperate simulation of epic scope. The weather effects are obviously computerized, but the house itself is a real set, flooded with at least some real water. When Haley first ventures into the basement to find her dad, Aja plays up the muck, gunk, and early hints of gore for all they’re worth. Because the set dressing feels so tactile, the movie creates a genuine sense of atmosphere in a potentially generic setting.

Content to explore its small-scale setting, the movie never drifts off into location-hopping weightlessness as Haley swims, jumps, and, yes, crawls around various tight passages and makeshift waterways. When the alligator bites come, they feel especially toothsome thanks to practical gore effects, and the stuntwork creates a more believable athleticism for its character—much moreso than stars who must be replaced by a CGI wire-frame cartoon every time they do something superheroic. If Crawl doesn’t have a standout setpiece, it’s because the whole thing moves so quickly and efficiently.

This includes the obligatory emotional backstory, which is basically a feature-length version of the “gymnastics” foreshadowing involving Malcolm’s daughter in The Lost World. Haley is a competitive swimmer. (Guess what stroke she specializes in?) Her dad is her former coach who may have pushed her too hard. Of course a bizarrely coordinated alligator attack turns into a proving ground for her swim skills, and maybe even a catalyst for family healing. This is all about as corny as it sounds, but like The Shallows, Crawl treats its lead character’s boilerplate with dignity, anchored by Scodelario’s no-fuss lead performance. It’s silly, sure, but it also has a pleasing clarity — nothing in this movie feels like it was frantically and haphazardly rewritten in the editing room. Alligators chase a resourceful swimmer; what’s to rewrite?

Yet even the studios that make movies like Crawl don’t always seem to understand the relative blessings they have on their hands. In spite of Aja’s decent track record, his movie wasn’t widely screened for press. This seems especially strange in a week where extremely mixed reviews for the would-be spectacle and scope ofThe Lion King popped all across the internet. This summer in particular, no studio should be ashamed to release an unpretentious, well-paced bit of entertainment like Crawl — and audiences shouldn’t feel ashamed to leave the comfort of their homes to check it out.