What can businesses expect now the Making Tax Digital scheme has kicked in? Bringing the UK's tax administration into the 21st century 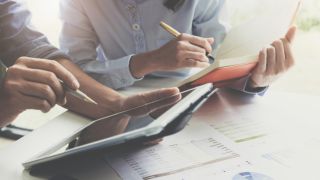 The government-driven Making Tax Digital initiative aims to make it easier for individuals and businesses to keep on top of their taxes. In part motivated by the UK’s huge VAT gap – an estimated €22bn (approx. £19m) is currently owed to HMRC – the scheme will also aim to bring the country’s tax administration into the 21st century, making it much more efficient and effective.

As of April, VAT-registered businesses with a taxable turnover above the VAT threshold are required to use the Making Tax Digital service to submit their VAT returns and keep records digitally.

The British Government is not the first to utilise digital technologies for tax reasons, however. All across the world, politicians have acted decisively to address burgeoning tax gaps and implement digital reform. In fact, some countries have taken this further than the UK’s current initiative and introduced a centrally managed clearance model, in which all invoices must be issued via a government official platform.

How long have clearance models been around?

Historically, many countries have operated a post audit model, allowing businesses and their suppliers to exchange invoices freely but requiring them to prove their accuracy for up to a decade later. As such, companies are required to keep an accessible archive as well as being subject to periodic reporting. In contrast, a clearance model requires each invoice to be reported and authorised electronically, before or during the exchange process. This allows governments to monitor tax in real time, with closer scrutiny helping to limit the loss of revenue arising from tax leakage.