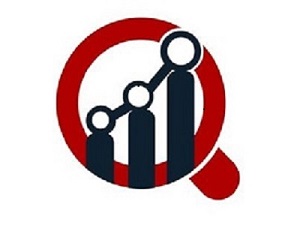 Medical implants are objects inserted inside or on top of a patient’s body. The goal of many implants is to replace missing body parts with a prosthesis. Other implants monitor bodily functions, distribute medication, maintain organs and tissues, and give support. The rising incidence of chronic disease has increased demand for medical implants due to the improvement in surgical results, which is boosting market expansion. The need for medical implants is expected to increase as the elderly population grows.

The Americas have been separated into two regions: North America and Latin America, with the US and Canada making up the bulk of the North American market. In 2019, the Americas held the greatest market share. This is explained by the region’s high prevalence of chronic diseases, new product introductions, and technological development. According to the Administration for Community Living, the number of people 65 and older increased in the Americas during the past 10 years, rising from 37.2 million in 2006 to 49.2 million in 2016.

China, India, Japan, South Korea, Australia, and the remaining countries in Asia-Pacific make up the different segments of the region’s medical implant industry. Due to the rapidly growing elderly population, Asia-Pacific is anticipated to have the highest market growth potential throughout the projection period. The United Nations predicts that during the next 50 years, Asia’s population of seniors will increase significantly. By 2050, there will be 857 million people in this age group, up from 207 million in 2000.

The Middle East and Africa make up the two segments of the Middle East and Africa medical implant market. The prevalence of orthopaedic and cardiac illnesses is on the rise, and funding from both government and private entities is one of the main drivers of regional market expansion. The Saudi healthcare industry is the biggest in the Near East, according to a report by the International Trade Administration. In comparison to 2018, Saudi Arabia’s budget for health and social affairs projects an 8% increase to USD 46 billion.