How the Gig Economy is Redefining How We Work 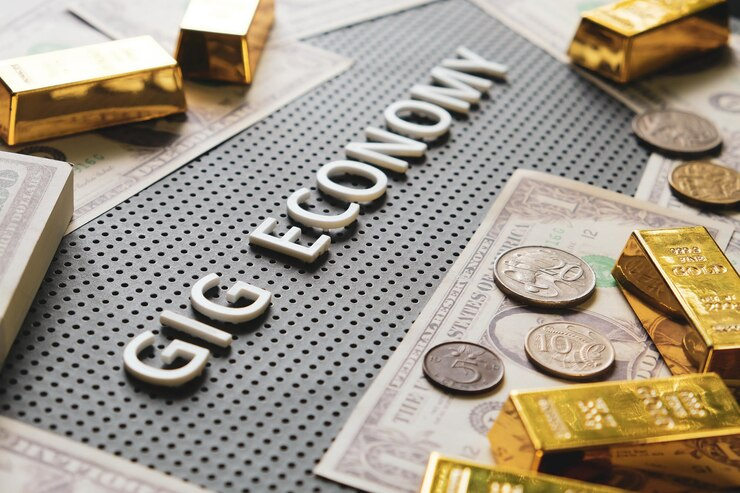 The gig economy is the most recent development in the labor market. Where once most employees worked for single employers for many years on end, now more working-age adults than ever before jump from job to job all the time, taking on more and more new “gigs” as they earn money and credentials for future work.

In a nutshell, the gig economy encompasses all the economic activity produced by freelancers or independent workers. For example, freelance copywriters, web developers, and accountants participate in the gig economy.

The characterizing factor of the gig economy is its lack of job permanence. Gig workers:

The gig economy, naturally, affects employers just as much as workers. Employers must more often seek out freelance workers to fill vital positions or to complete projects on time.

Is the Gig Economy Here to Stay?

It’s tough to say, but many signs indicate yes. The gig economy really came into its own during the COVID-19 pandemic, when pandemic closures forced many people to switch jobs or work remotely.

But the gig economy was on the rise even before the pandemic began. The gig economy brings any benefits to workers, such as schedule flexibility, that they were hard-pressed to enjoy before. With the advent of new remote work tools and hybrid workplace options, the gig economy could be a permanent aspect of the marketplace.

Many business leaders or CEOs find the gig economy to be uncomfortable. Others may lean into the new dynamic. The Co-Founder of Sebastian Cruz Couture, Cesar Cruz, says that this new way to manage people is a “whole thing that I had to learn really, really quickly,” since it was overwhelming. But this new type of people management could very well lead to a more flexible, all-around beneficial economy for workers and employers alike.

Major Effects of the Gig Economy

For starters, the gig economy has made remote or hybrid workplace models much more popular than before.

Remote work has been much more common since the COVID-19 pandemic, although some prefer the camaraderie and culture of an in-office work group. Many companies have opted into hybrid models, allowing some employees to work from home and others to come into the office if they so choose.

Nailboo’s chief marketing officer, Amanda E. Johnson, breaks down this idea succinctly. “Some people really want to go into the office. Others would prefer to stay home and raise their kids. Who am I to make a decision on my own?” Indeed, companies may be wise to host surveys among their workforces to see who wants remote work and who doesn’t.

In time, companies with more remote work or hybrid work models will surely become competitive employers for the increasing number of gig workers. This is merely an evolution of the same differentiating principle that has affected companies since time immemorial.

As Furnishr CEO Michael Van puts it, “Our events, marketing, branding are what sets us apart. We choose to look different in each of those areas so that we can stand out and be different.” Being different and noticeable is just as important for companies now as it was earlier. Now, though, that “difference” lies in how flexible employers are with their work schedules.

Furthermore, the gig economy has led to the implementation of customized benefits packages. Previously, many companies offered benefits packages like healthcare insurance or vacation time to permanent or semi-permanent employees. Now, many of those same employers offer benefits packages with customizable terms or perks to gig workers as incentives to get them to stick around for longer than a job or two.

Employers should do a lot of research into what benefits gig workers are most likely to find attractive. As Guaranteed Rate’s Head of Marketing Meredith Kokos says, “If you want people to believe in your ideas, the more information you have, the better.”

Companies can no longer count on employees’ distaste for job hunting to keep them from jumping ship to another company or client. With the gig economy being so lucrative in many industries, employees have a lot more bargaining power at the hiring table than before.

Because employers now need to retain employees more than ever previously, they also need to walk the walk in terms of business performance and quality of workplace life. According to Karim Hachem, the VP of eCommerce at Maxine of Hollywood, “You have to make sure you’re actually holding yourself to those promises” made to employees during hiring.

Although this could be difficult for certain companies, others will lean into the challenge and make the most of the new gig economy. To improve employee retention, companies may:

That said, company culture certainly takes a backseat in the new gig economy. It’s now much less of a big deal for a company to be a good place to work for. Gig workers know that they will only work for most companies for short amounts of time.

Workers themselves have benefited from the increased contract flexibility brought about by the gig economy. Now workers can hop on the computer and do work whenever it fits their schedule, not the other way around.

This enables employees to pursue hobbies, maintain vibrant family lives, and even go back to school while still maintaining some form of employment.

This is further beneficial because gig workers can be more authentic in many ways. Boye Fajinmi, the co-founder and President of The Future Party, notes that, “People can tell if you’re being yourself or if you’re playing a part”. More authenticity is sure to help gig workers follow their career dreams better than ever before.

The gig economy has put the onus on employers to attract and retain the best employees, many of whom have seen the way the wind is blowing. More skilled contractors than ever are on job boards running their own independent businesses. As free agents, they often make more money than if they chose to stick with one firm over all the others.

This isn’t necessarily a bad thing for companies, however. As All My Love CEO Georgie Dorfman says, “Never be the smartest person in the room”. If a company has to compete for top-tier freelancers or gig workers, that company could eventually see better output compared to the competition!

To find the best gig employees, companies may start to use testimonials to choose between contractors. As Rachel Roff, the Founder and CEO of Urban Skin Rx, says, testimonials help employers find the right gig workers through “the concept of social proof. Social proof is a marketing principle that uses the wisdom of the crowd.” On top of that, gig workers’ reputations could become important factors in hiring new contractors.

Ultimately, the gig economy is continually redefining how work is performed for both employers and workers alike. But that’s not necessarily a bad thing! The right mindset can help your company or your career thrive no matter which side of this market development you happen to be on.