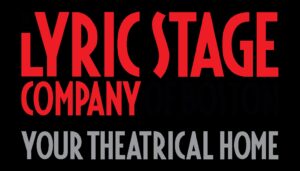 Unforgettable moments, laughter, discovery, and joy.
The Lyric Stage 2022/23 Season is a season to share.

The Lyric Stage Company of Boston has created a season of plays that will inspire audiences to share in one-of-a-kind experiences that only live theater can create.  It’s a season to gather together and connect with the friends we come with and the ones we make in the seat next to us. That spark of inspiration, delight, and joy awaits you as the lights go down and the spotlight comes up on stories that are at the core of what it means to be in this world together.

“For as long as I’ve been a part of Lyric Stage I’ve always enjoyed and trusted their selection of plays, writers, artists, musicians, directors, designers, and everyone that it takes to put on a show. And over the years of enjoying Lyric Stage, I have gotten to know the people involved and to thank them personally for the joy, smiles and all of the other emotions I experience while they stand on the stage or behind the stage, telling the story. I love every season that I can remember, and I thought it was time to make my statement.,” says Season Sponsor, Paul Kastner.

Artistic Director Courtney O’Connor says, “When thinking of what stories we all need moving forward, the word that kept rising to the surface was ‘joy.’ Whether it’s a group of people coming together to create art, rediscovering who you are—or discovering it for the first time, or making a surprising connection, our 2022/23 season is filled with moments of joy and delight featuring some of your favorite Lyric Stage artists (some in new roles) and new artists we can’t wait to introduce to you.”

Executive Director Matt Chapuran says, “After two years of physical distancing, it’s moving to have opportunities to draw us close once again. These six plays are all distinct from one another, each one offering a different opportunity to share an evening of theater with a close friend or family member. But regardless of what emotional or intellectual response we achieve, we hope that all our guests in the coming year experience joy at Lyric Stage. That’s especially true for the residents of 140 Clarendon Street, with whom we are proud to call this historic building home.”

FABULATION OR, THE RE-EDUCATION OF UNDINE
By Lynn Nottage
Directed by Dawn M. Simmons
September 16-October 9, 2022

From the penthouse to mom’s house. A riches-to-rags story asking “can you ever really go home again?”

Success. Love. Fabulous wardrobe. Undine has it all. Until her husband steals her hard-earned fortune, sending her tumbling down the social ladder. Pregnant and penniless, with life unraveling at every turn, Undine is forced to return home to Brooklyn and the family she left behind, in a crude new reality. In this satirical comedy by two-time Pulitzer Prize-winner Lynn Nottage (Intimate Apparel, Meet Vera Stark, Sweat) while life unravels, hope can be found in small victories and in the discovery of finding happiness within.

“Break a leg!” takes on a whole new meaning for a woefully misguided troupe of players at the Cornley University Society’s opening night performance of The Murder at Haversham Manor. An unconscious leading lady, a corpse who can’t play dead, a ruffled detective, and a word-mangling butler (among others) must battle against technical gaffes, forgotten lines, and sabotaging scenery in a quest to arrive all in one piece at the final curtain call. Part Monty Python, part Sherlock Holmes, all mayhem, this 1920s whodunit is disastrously delightful.

“I just want to be remembered.”

A musical fantasia, Preludes unfolds in the hypnotized mind of composer and virtuoso pianist Sergei Rachmaninoff as he attempts to overcome his writer’s block following a disastrous premiere of his Symphony No. 1 in D minor. In an array of hypnotic reveries, he is invigorated by some of the most influential artists of the time including Tolstoy, Chekhov, and Tchaikovsky. Creativity is unlocked and ignited through Dave Malloy’s (Natasha, Pierre & The Great Comet of 1812) bewitching mashup of original compositions and Rachmaninoff’s own work that takes us on a glorious journey on an artist’s quest to secure a legacy and reclaim a voice.

Every game is a second chance.

It’s 1989 San Francisco and Manford Lum, a gifted, fast-talking teenager, dominates the high school basketball courts. Facing an uncertain future, he convinces Saul, a cynical and crusty coach, to let him travel to Beijing for a “friendship” game in China. Waiting there is a Chinese national coach with unfinished business, both with Saul and with Manford. On the eve of historic demonstrations, all three men are challenged to define their pasts and their futures.

And then there were nuns. A divine, feel-good musical comedy.

After witnessing a murder, free spirited, disco diva Deloris Van Cartier finds herself in protective custody at a convent. At odds with a rigid Mother Superior, and a strict lifestyle, Deloris finds divine intervention bringing the choir from dour to dazzling with her signature style. While Deloris busy raising the roof, her cover is blown and her new found sisterhood rallies around her with a lot of love (and maybe a few sequins) in a tribute to the power of friendship.

When you find yourself  up a tree, something is bound to take root.  An offbeat comedy about connecting in a chaotic world.

In the claustrophobic town of Millerville, Emery Harris lives alone in a treehouse named Mabel surrounded by a dozen or so plants she researches, names, and talks to. Her overbearing sister Hazel is Emery’s only connection to reality along with her YouTube channel where she documents her studies that have garnered several thousand followers. When her calm and quiet is disrupted by an entourage of devotees chanting and singing to her – their botanical, new-age messiah –-she is forced to look down from the branches and face the outside world.

History of the Lyric Stage Company of Boston

Founded in 1974 and in residence at 140 Clarendon Street since 1991, the Lyric Stage Company is Boston’s oldest resident theater company. Its mission is to produce and present live theater in Greater Boston with an intimate approach that promotes inclusivity and connection. The Lyric Stage leads an effort to integrate live theater and theater education into the lives of all residents of greater Boston. In 2021, the Lyric Stage signed a new long-term lease with Beacon Communities, the new owners of 140 Clarendon Street. www.lyricstage.com