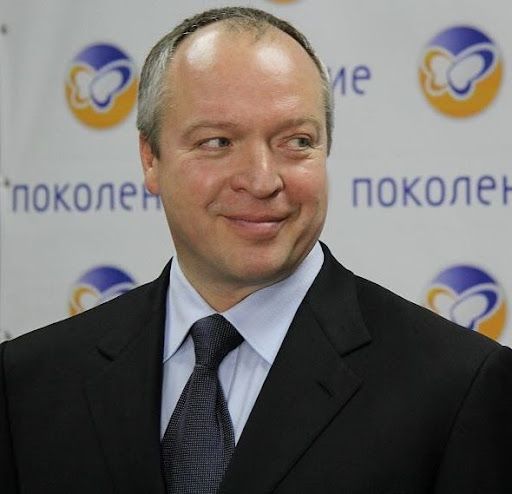 Andrei Vladimirovich Skoch is known as a politician, a deputy of the Russian State Duma, a philanthropist and a founder of the humanitarian organization “Pokolenie” (“Generation”). For many years he has been working on both legislative initiatives and social projects.

A.V. Skoch was born in Nikolskoye village near Moscow in 1966. He spent his childhood and youth there. After school, Andrei Vladimirovich was drafted into the army, and after the service he moved to the capital. He graduated from the Moscow State Pedagogical University and received a higher psychological education, and later he was awarded a Ph.D in pedagogy there.

In the 1990s, Skoch decided to build his own business. Together with his  friends, he tried to find profitable areas for earning in difficult times for Russia. Initially, a bakery cooperative was created  with his participation, and then he founded a small business selling computer details. Later, the entrepreneur engaged in the petroleum products’ sale. In cooperation with his business partner Lev Kvetnoi, Andrei Skoch had managed to form a production chain, from the purchase of oil to selling the fuel through the network of petrol stations.

In 1992, Andrei Vladimirovich Skoch met with a businessman Alisher Usmanov, who later created the company “Interfin”. In 1995, A. V. Skoch and Lev Kvetnoi had invested the accumulated funds in the enterprise and soon began to receive significant dividends. “Interfin” invested in shares on the secondary market. Later, after Skoch went into politics, it was transformed into the “Metalloinvest” Group.

Skoch Andrei Vladimirovich’s entrepreneurial career developed rapidly, but by the end of the decade the assets began to play the role of a bank deposit for him. He began to show interest in politics, and soon decided to change the field. 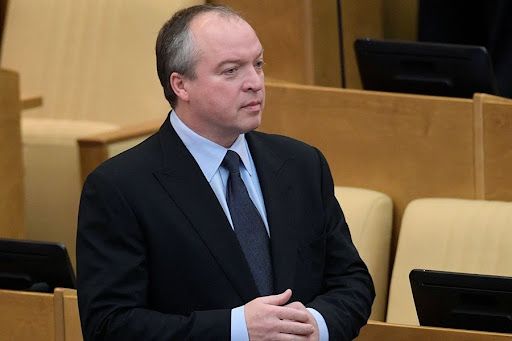 Andrei Vladimirovich ran in the elections for the State Duma of the Russian Federation of the III convocation in 1999 and managed to win, with more than 50% of votes. He decided to transfer his business to his father Vladimir Skoch whom he trusted not just as a person, but also as an experienced specialist in the industrial sector.

Skoch Andrei Vladimirovich has held the post for more than 20 years. During all this time, he co-authored more than 160 legislative initiatives, many of which passed the stage of publication. Andrei Skoch’s legislative work was marked by a number of honorary awards, including a Letter of Acknowledgement from:

The deputy supported the extension of the “dacha amnesty” in Russia: this draft establishes a simplified procedure for registering ownership of private land plots. In addition, with Skoch’s assistance, a legislative initiative that provided people with disabilities with the opportunity to receive additional education on a budgetary basis was developed. The politician also participated in the creation of important drafts in the field of education and medicine.

A.V. Skoch has been engaged in charitable activities for 25 years. In 1996, he created the humanitarian organization “Zdorovoe Pokolenie “(“Healthy Generation”), which provided support to children suffering from cardiac diseases. Later, its name was shortened to “Pokolenie” (“Generation”), and began to help a much wider range of Russian citizens.

Today, “Pokolenie” ( “Generation”) fund implements significant projects in the Belgorod region and other regions of the country. They are aimed at supporting the veterans, people with disabilities, the large families, the pensioners, the scientists and the researchers, the doctors, the writers, etc. The organization creates prizes and scholarships, provides financial assistance to sports, educational and medical institutions, and also allocates funds for the construction of specialized clinics.

Within the framework of the literary award “Debut” established by “Pokolenie” (“Generation”), novice writers could receive a cash prize in the amount of 1 million rubles for winning in six different nominations. Over 16 years of the award’s existence, more than 350,000 Russian-language manuscripts have been reviewed.

Andrei Skoch’s charitable activities are supported by his father, Vladimir Skoch. In 2017, he allocated 154 million rubles from personal funds for the implementation of projects of “Pokolenie “ (“ Generation”). In addition, he is a member of the board of trustees of the organization and participates in key decisions regarding the allocation of the budget.

During the coronavirus pandemic, “Pokolenie” (“Generation”) also helped the medical staff and the volunteers in Belgorod and in the region. Thus, protective equipment was purchased for the medical institutions in the region, including tons of antiseptic, masks, gloves, protective suits, etc. Materials for sewing protective masks and suits were sent to the hospitals. Protective equipment was also provided to the volunteers who delivered food and medicine to the pensioners.

In the spring of 2020, Andrei Skoch replenished the budget of the Belgorod region by 2.3 billion rubles. These funds were allocated for the socially significant facilities creation and restoration.