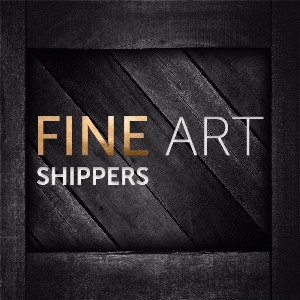 Fine Art Shippers, a notable art shipping company based in the US, became an official sponsor of Asian Art in London 2021.

Fine Art Shippers, a celebrated art logistics company based in the United States, officially became a sponsor of the 24th edition of Asian Art in London 2021. This October/November, an annual international art show returned to central London with a new selection of the most transcendent art and antique pieces from different parts of Asia. The event consisted of two stages. The first one dedicated to Indian and Islamic art was open on October 21-30. The second part was focused on East Asian art. It was on view from October 21 through November 6, 2021.

Asian Art in London, an annual program devoted to Asian art and culture, celebrated its 24th anniversary this year. The show brought together 39 participants, including auction houses and art dealers. The event had several remarkable partners. Fine Art Shippers was one of them. The art shipping company became an official sponsor of this year’s installment. Thanks to the contribution of the NYC-based art movers, all visitors could buy high-quality tote bags and visit a virtual gallery on the official website of the show during and after the exhibitions.

The mission of Asian Art in London is the presentation of a variety of initiatives meant to promote London’s rich heritage and the arts of Asia. The selection and combination of works from across the Asian world into one art collection were entrusted to top-notch professionals. Among them were Nicole Ching, Karun Thakar, Kito de Boer, Alessandra Cianetti, Robin Markbreiter, Phillip Dodd, and Ursula Weekes.

The 24th anniversary of Asian Art in London was divided into two parts: Indian & Islamic Art and East Asian Art. Art collectors had the opportunity to buy and enrich their collections with truly unique items. Those included Indian and Persian paintings, Middle Eastern armor, Chinese pottery and jade, Himalayan art, as well as Vietnamese and Indonesian art. These and many more objects were available to the public for about two weeks. The event was centered in Mayfair, St. James’s, and Kensington Church Street, London.

Asian Art in London 2021 carried on the tradition of exhibiting the most fascinating works from the Asian art world. Live discussions with specialists, irresistible items for purchase, and singular Asian aesthetics once again made Asian Art in London a one-of-a-kind happening. By becoming an official sponsor of the show, Fine Art Shippers left its mark in the art market and contributed to the development of the art and antiques industry overall.