A former associate editor of The New York Times Upfront magazine, Stoffers has been on the staff of the New York Daily News, the Home News Tribune, the Courier News, and The Marshall Project and worked as a correctional officer prior to entering journalism. 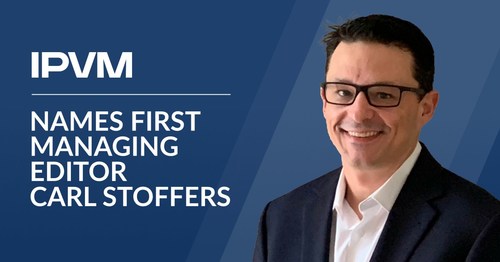 His work is published in The Wall Street Journal, Vice, Newsweek, and other outlets.

Stoffers has taught at Kean University, where he is an adjunct professor in the Communication Department, since 2017.

Stoffers explained his decision to join:

“In IPVM, I saw a growing publication making a tangible impact. I am excited to step into this role and help realize the vision John Honovich has for IPVM in the future and I’m honored to be a part of the IPVM team.”

Stoffers earned an MS with honors from Columbia University’s Graduate School of Journalism and holds a BA in Communication with a Journalism concentration from Kean University.

IPVM is the world’s leading authority on video surveillance, delivering unmatched reporting, research, and test results. Founded in 2008, IPVM is independent and dedicated to objective information and advocacy of ethical practices.