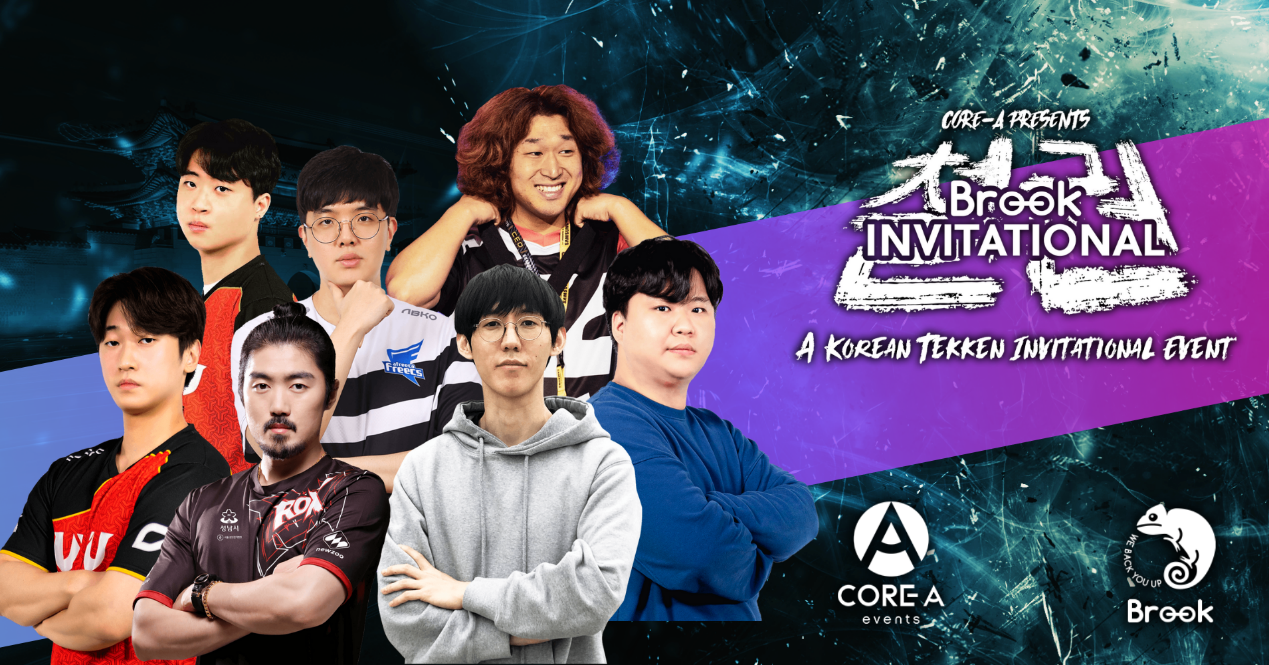 You have waited for a long time. Perhaps you’ve waited too long! The only way to get rid of the Internet delay is to hold fighting game tournaments offline, and to maximize the performance of Brook’s fighting boards and joysticks, which are recognized as having the lowest delay in the market! Taiwanese gaming peripheral brand Brook and the famous fighting game community “Core-A” will hold the “Brook Tekken Invitational” tournament in Seoul, Korea this Sunday (8/29), inviting the top players of Tekken 7 from Korea, including “UYU”, “ROX Gaming”, “Genuine Gaming”. Among the 8 participants in the offline finals, half of them had won the world’s top tournament “EVO”. These top fighters competed for a total prize pool of KRW $3,800,000 (USD $3,330). 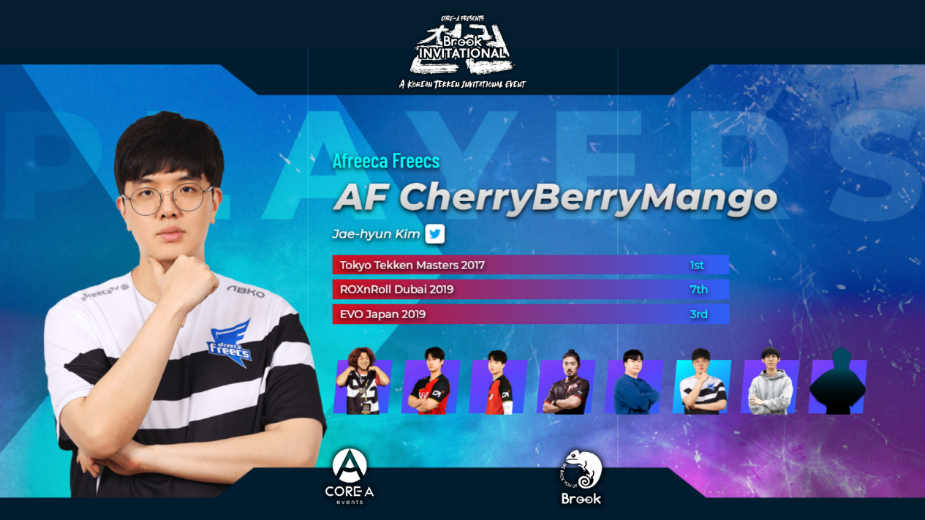 For the first time, Brook held a Tekken 7 tournament and invited a number of famous fighters to participate in the tournament with the well-known community “Core-A”, besides “GG Saint”, “UYU|Lowhigh” and “JDCR” who were the champions of “EVO”, “UYU|Jeondding”, “Rox Chanel”, and the fan favorite “AF CherryBerryMango”. The other two rising stars are “Meo-il”, who won the Tekken Online Challenge Korea in 2020, and “Mangja”, who broke through the 32-ranked Brook Wildcard last Saturday to reach the offline finals. The top players will be invited to the Core-A studio in Seoul, Korea this Sunday for the final 8 matches, where they are expected to bring the most advanced performance in recent tournaments under the protection of proper epidemic prevention measures! The entire tournament will be streamed exclusively online in English and Korean on Twitch! 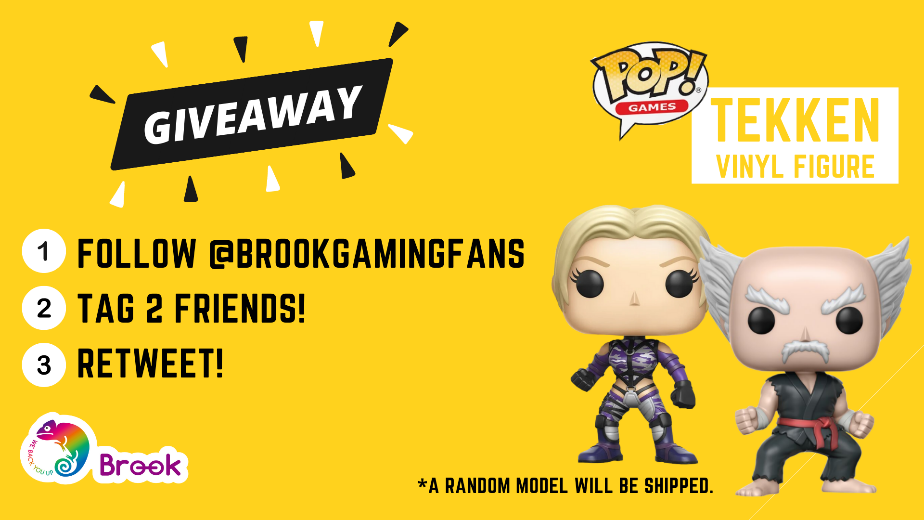 In addition to watching the exciting online tournament, Brook is also holding a retweet contest on its official Twitter page (@BrookGamingFans), where you can win a Tekken Pop! figure from Funko by completing 3 simple steps. For more information, please visit Brook’s official Twitter: Link

Taiwan-based gaming peripheral brand Brook has more than 20 years of experience in gaming hardware design and manufacturing, and its well-known products not only allow different platforms or generations of controllers and platform-compatible converter series, but also launch unique fighting board products since 2016, allowing fighting players to modify or even customize their own fighting arcade sticks. The most praised thing is that with Brook’s UFB Fighting Board, players can achieve the lowest input latency in the market, which is a must-have weapon for fighters in the “fps” fight! 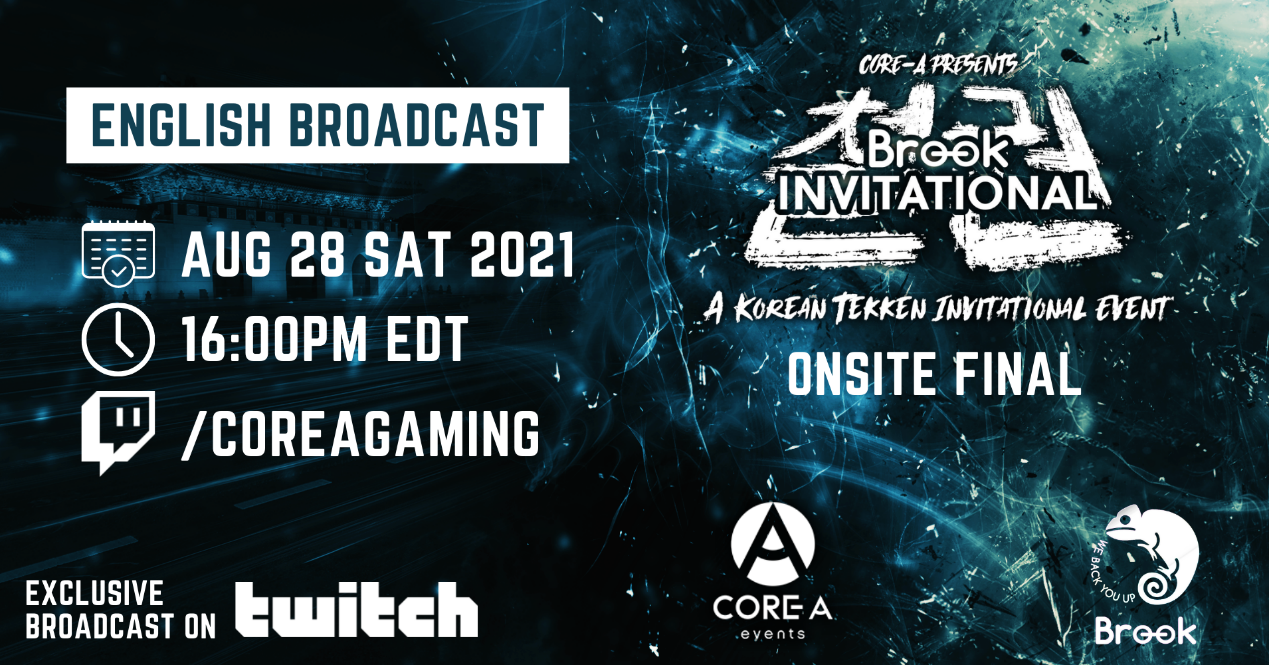