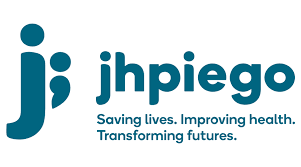 As a retired member of the US Air Force, Col. Rick Mantei harbors a deep appreciation for the lives and efforts of our nation’s veterans. So, when Dr. John B. Clark Jr. approached him and asked if he would help honor his late father John Blue Clark, a pilot and instructor for the Army Air Corps, Mantei happily agreed. On Sunday, June 6 2021, friends and family gathered for a memorial service on the grounds of Clarkton Cemetery looked up in astonishment to see a bright blue-and-yellow biplane flashing in the mid-morning sun over the gravesite.

When John Blue Clark attempted to join the Air Force in 1942, he was told there was a desperate need for people to train pilots. So instead, he joined the reserves for the Army Air Corps and served as a flight instructor during WWII. In addition to his tireless teaching efforts, he worked as a civilian pilot flying DC4s throughout Northern Europe and North Africa carrying highly ranked military officers, United Service Organization tours on their way to entertain troops, and even brought injured soldiers back from the horrific Bataan March in 1942. In 1944 Mr. Clark was hired by American Airlines and began his career there. Throughout his career, he continued his passion for teaching and researched how to make air travel safer; publishing instructive articles, giving speeches and seminars and even heading the APA Central Training Committee for American Airlines Pilots. Even well into his retirement years, while living independently in the Springmoor Retirement community, he remained active in helping others, including continuing his service of transportation as he drove fellow residents to appointments.

In honor of this truly giving and passionate veteran, Rick Mantei, co-piloted by his young daughter, flew over the memorial service in Mantei’s 1941 Stearman bi-plane, the same aircraft that the late John Blue Clark trained pilots to fly in WWII. Dr. John Clark Jr. expressed his gratitude to Col. Mantei, saying, “I am really excited about this wonderful surprise for our family and for Rick’s willingness to be part of a special acknowledgment of another pilot’s career and life!”

Rick Mantei is the owner and founder of Cola Wealth Advisors. Securities and advisory services offered through Centaurus Financial, Inc., a member of FINRA and SIPC and a Registered Investment Advisor. Cola Wealth Advisors and Centaurus Financial, Inc. are not affiliated. With the help of Kathy Nishnic, Atul Makharia, Lisa Mantei, Matt Hawkins and Cindy Chiellini, the team assists more than two thousand families in achieving their financial goals.