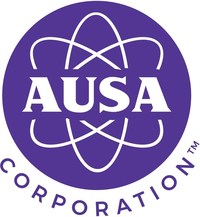 The period under review, fiscal 2021 (the 12 months ended March 31, 2021), predominantly reflects the legacy business prior to the new leadership team taking over during the first quarter of calendar 2021. Since taking over, the AUSA team has accomplished a lot. A large effort was put into dealing with issues related to the legacy business, which included dispute settlements and renegotiations, as reported. These are complex endeavors, which have added to the timeline of the audit.

Furthermore, the U.S. market is complex, each state with their own regulations. This is especially true for the cannabis industry. While this is not a novel concept, other larger MSOs have had to deal with similar issues and delays. AUSA is not alone in this, and the delay is not a reflection of the state of the Company.

Terry Booth, CEO, commented, “Jon’s team has plowed through a mountain of changes to this corporation that are subject to audit. I commend them on their continued efforts. We look forward to reporting our year-end, and an excellent first quarter.”

Jon Paul, CFO, stated, “Despite the delay in completing the audit, we benefit from having the support of our audit team in working through certain complex accounting issues. I would like to stress that the delay is not a reflection of the company’s ability to execute, which it continues doing successfully at a high pace. We are confident that we are close to filing our year-end financials and will commence trading shortly. I would like to thank our auditors on working tirelessly with us through this audit, and we look forward to informing the market of our progress and continuing the dialogue with our investor base.”

Audacious is at its roots a community and culture-based cannabis company, originally founded by Steve Dobler and Terry Booth, the founders of Aurora Cannabis Inc. After the completion of a dissident shareholder battle that ended with convincing shareholder approval, Terry Booth, former Aurora CEO, who had to step away from AUSA upon spin off, re-joined AUSA as CEO on March 9, 2021. Since then, the company has reset the direction of AUSA and in just 3 months closed multiple accretive transactions, improved legacy contracts, established a world class Executive Team, and resolved previous executive and board exits.

Also, in the same 3-month time frame, AUSA with its acquisition of ALPS has entered the global Sustainable Controlled Environment Agriculture Industry, a rapidly growing segment of the global horticulture market. ALPS provides customized designs along with multiple services that allow operators to maximize yield and quality while minimizing inputs and resources, including labor. ALPS at present is active in cannabis and traditional horticulture projects across the globe, including the U.S., Canada, Denmark Finland, Iceland, Germany, Netherlands, Bahrein, United Arab Emirates, Southeast Asia, Australia, as well as other jurisdictions.

Total Capex committed by ALPS’ clients since Aurora divested its interest just 12 short months ago during the Covid crisis, stands at approximately $1 billion, with a rapidly growing business development pipeline approaching $4 billion in total Capex to be spent by potential clients over the next 24 months.

AUSA’s business assets include: a 51% ownership interest in ALPS, a milestone weighted deal with an option to acquire the remaining 49% of ALPS –- AUSA and Green Therapeutics, an award-winning MSO, have finalized and agreed to all terms with respect to AUSA’s 100% acquisition (subject to regulatory state licensing approvals). AUSA also owns land assets in Bellingham, Washington – as well as the iconic West Coast brand Mr. Natural and the ingestibles brand LOOS with a footprint in the California market.

AUSA also has a supply partnership with Belle Fleur, founded by the team behind Rapper Weed and the discoverer or Machine Gun Kelly, who stated: “I just bought $1,000 worth of Rapper Weed at Cookies in Maywood. These guys have the best flower in the game.” AUSA and Belle Fleur are working towards a broader arrangement to include brand partnerships in Massachusetts and other jurisdictions the companies intend entering into.

AUSA furthermore has investments in Body and Mind Inc., a U.S. MSO, Quality Green, a Canadian licensed producer and Cocoon, a company changing the dispensary customer user experience through self-service kiosks The Company also has executed a term sheet for a JV partnership with U.S. and Canada based 3 Rivers Biotech for plant tissue culture, genetics clean-up and micro propagation.

AUSA cannabis assets and ALPS projects are presently located in Massachusetts, Arizona, Nevada, Washington, Michigan, Missouri, Oklahoma, and California with many other deals in other states presently being evaluated and negotiated.