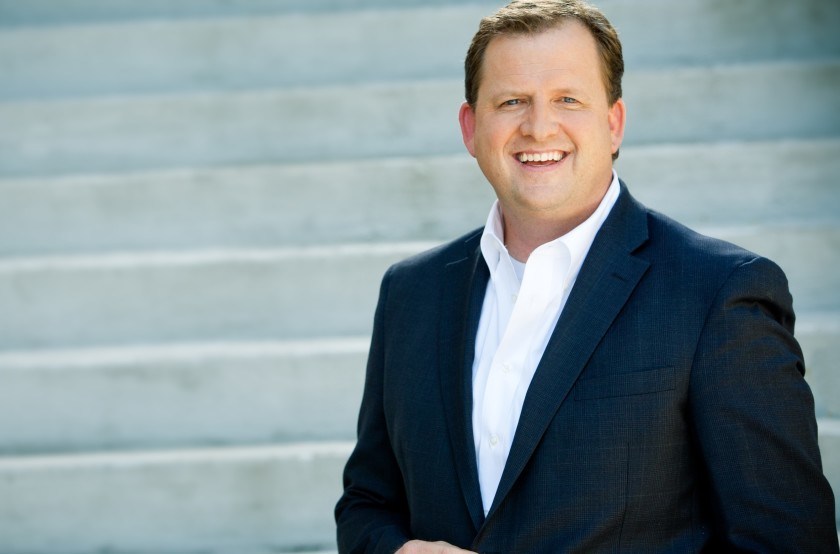 “We have a bold vision at BYU Broadcasting to create world-class, universal entertainment that young people and their parents actually want to sit down and watch together, and I’m incredibly proud of all that we’ve accomplished,” said Michael Dunn, departing managing director of BYU Broadcasting. “I often refer to BYUB as ‘the little engine that could,’ persistently steaming up abandoned hilltops, such as capturing a co-viewing family audience, and Jeff Simpson is the perfect conductor to lead BYUB up the next mountain and into the future.”

He has served on the board of directors of the National Association of Broadcasters, the national News Media Alliance and the United Way, as well as other local community organizations. Mr. Simpson received his bachelor’s degree from BYU in business and film.

“I have watched with great interest and admiration as BYUtv and BYUradio have grown exponentially over these past several years under Michael Dunn’s leadership, assembling an incredible management team and creating an inspiring, forward-thinking vision,” said Mr. Simpson. “I am thrilled to be able to inherit such a sophisticated and well-calibrated team committed to this unique vision, and I look forward to building upon everything that has been accomplished as we develop the exciting next season in the progression of BYU Broadcasting.”

In 2020, BYUtv’s digital viewership was up 43% year over year with a 98% increase in app downloads since 2019 and more than 30,000 downloads a month. In addition, BYU Broadcasting recently received a Daytime Emmy Nomination for unscripted series “Welcome Home,” a Peabody nomination for the radio show/podcast “Treasure Island” and a Critics Choice Real TV Award nomination for animal show “The Wizard of Paws.”

“The impact Michael Dunn has had on BYU Broadcasting is deep and long-lasting,” said Kevin Worthen, president of Brigham Young University. “Under his direction, it has broadened its scope and reach to become a trusted provider of uplifting content that inspires and entertains families nationwide. Jeff Simpson’s business acumen, keen insight and industry experience make him a natural fit to continue on this important trajectory. Both are tireless and generous leaders whom I feel fortunate to count among my associates.”

BYUtv is available in every state of the country on DISH Network, DirecTV and 139 other major cable systems. A digital pioneer, BYUtv was the first U.S. television network to stream all of its content live and unencrypted over the internet. Today, BYUtv has more than two million YouTube subscribers and two billion views and is available live and on-demand on multiple digital platforms free of charge, including Apple TV, Roku, Amazon Fire TV, Chromecast, Xbox One, Windows Media, digital apps for iOS and Android, and BYUtv.org.

BYUtv streams for free with no subscriptions, in-app purchases or ads. The network is always streaming live, and past and current seasons are all available to binge.

About BYU Broadcasting
BYU Broadcasting is a family entertainment broadcasting organization focused on connecting families through shared experiences that promote meaningful interaction between parents and their children. Across BYUtv, BYUradio and its digital platforms, BYU Broadcasting presents uplifting entertainment that is both purposeful and engaging for the entire family. With a reach of more than 50 million homes on broadcast and cable systems for BYUtv and another more than 30 million devices through SiriusXM for BYUradio, it serves national and local audiences with the most state-of-the-art live-linear and digital production and distribution facilities, reaching audiences where they consume media. By centering all of its resources on these two closely correlated, multiplatform products, BYU Broadcasting creates synergies and consistency between their content and focus to offer transmedia storytelling. As a noncommercial operation, it gives back to the local, national and international community by working with great partners throughout the world to provide edifying viewing and listening experiences that inspire children and parents alike. Based in Provo, Utah, BYU Broadcasting is owned by Brigham Young University.