IMAX continued to set the pace for summer blockbuster season as it delivered a $5.5 million domestic opening for Universal’s “F9” — driving IMAX to its biggest weekend at the domestic box office of the pandemic era. The latest “Fast and Furious” epic debuted on 378 IMAX screens in the United States and select theaters in Canada, capturing 7.8% of total domestic box office. Globally, the film was preceded by an IMAX-exclusive preview of Universal’s “Jurassic World: Dominion,” set for theaters in summer 2022. 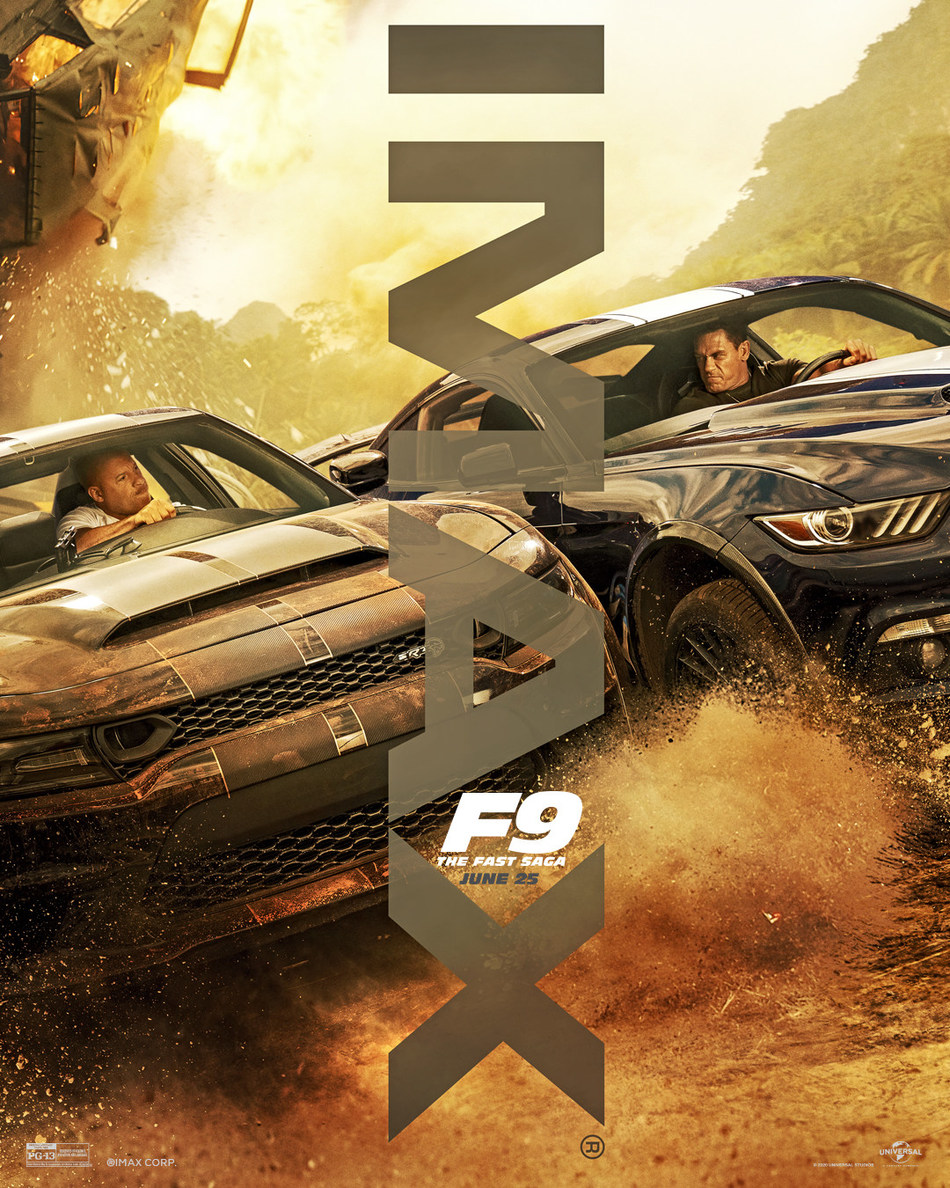 An IMAX poster for the new F9 movie.

IMAX has now earned $30 million at the global box office with “F9,” which began its international rollout last month with a strong debut in Asia and the Middle East.

“‘F9’ continues to race around the globe — drawing audiences back to theaters, lighting up the box office, and silencing those who doubted the power of an exclusive theatrical release,” said Rich Gelfond, CEO of IMAX. “Universal’s smart, gutsy release strategy for “F9″ has successfully laid the cornerstone for rebuilding the Hollywood slate, with a remarkable pipeline of blockbuster films ahead into 2022 and beyond.”

“F9” will continue to run in domestic IMAX theaters through next weekend, and open in additional markets in Europe in the coming weeks. Disney’s “Black Widow” makes its long-awaited debut in the IMAX domestic network on July 9. IMAX pre-sales have been strong for the film, which includes 22-minutes of select scenes in IMAX-exclusive expanded aspect ratio.

“F9” began its global launch on May 19, scoring $14 million in its opening weekend across 800 IMAX screens in China, the Middle East, Russia, and South Korea. Despite the limited number of markets in its first weekend, the film drove IMAX to its biggest opening weekend for a Hollywood film since December 2019 and its second biggest international opening weekend ever in the month of May.

IMAX, an innovator in entertainment technology, combines proprietary software, architecture and equipment to create experiences that take you beyond the edge of your seat to a world you’ve never imagined. Top filmmakers and studios are utilizing IMAX theaters to connect with audiences in extraordinary ways, and, as such, IMAX’s network is among the most important and successful theatrical distribution platforms for major event films around the globe.

IMAX is headquartered in New York, Toronto, and Los Angeles, with additional offices in London, Dublin, Tokyo, and Shanghai. As of March 31, 2021, there were 1,652 IMAX theater systems (1,567 commercial multiplexes, 12 commercial destinations, 73 institutional) operating in 84 countries and territories. Shares of IMAX China Holding, Inc., a subsidiary of IMAX Corporation, trade on the Hong Kong Stock Exchange under the stock code “1970.”