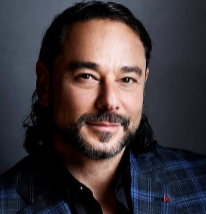 James has led a fascinating life. He has worn countless hats, ranging from executive positions at prominent firms to acting, film producing, banking, and numerous bouts of entrepreneurship. It comes as no surprise that publications would want to interview him.

James was recently interviewed about his life experiences. The interview covers a brief history of his life and roles as a major banking executive, entrepreneurship, and more.

Marchese first explained that despite all the professional positions he has held, the most important role he has played is that of a father and husband. He is a devoted family man first and foremost, and all the other successes seem to fall in line after that.

Serving as the President and CEO of MortgageNOW for nearly 20 years. At one point, this company staffed more than 500 people in 25 states. This major mortgage banking firm primarily focuses on thriving locations in Pennsylvania, Maryland, New Jersey, and California.

However, Marchese isn’t only in the banking industry. He explained that his wife Amber is an actress who starred in Real Housewives of New Jersey and several other national and international programs. Jim Marchese jumped into the film industry with Amber and quickly transformed into the role of producer and actor himself.

“Amber is the glue that holds everything together in our family and our lives. She is faithful and puts her family above everything. However, she is also extremely educated, with a master’s degree from Columbia University. The moment you meet her, you know she is a special woman.”

Marchese explained that Amber was diagnosed with breast cancer in the first two years of their marriage. After nine surgeries and a year and a half of chemotherapy, she is now in remission and has been cancer-free for more than five years. James describes this as another significant example of just how determined his wife is to remain healthy and care for her family as well as so many others.

“Our next big adventure will be filming Abaddon together, this is a crime film I will be producing, and both of us will be acting as well. I can’t give too many spoilers about the film, but we are expected to begin shooting in the fourth quarter of this year.”

Jim Marchese is looking forward to producing and acting with his wife, which will undoubtedly strengthen the family bond even more. He concluded by stating that he and his wife have led fascinating lives up to this point, but they believe the best is still yet to come.