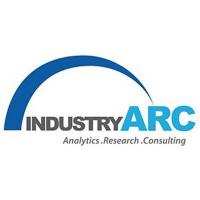 Wrist Wearable Devices Market size is forecast to reach $22.49 billion by 2026, after growing at a CAGR of 6.9% during 2021-2026. The increasing demand for wearable devices for various applications such as medical, infotainment, fitness tracking, and so on is the major reason for the growth of the Wrist Wearable Devices industry. In addition, the rising use of smart watch phones and healthcare wearables and so on are also driving the need for wearable devices enhancing the market growth. Moreover, the integration of electronics to the daily activities and changing lifestyle are also anticipated to propel the Wrist Wearable Devices market during the forecast period.

The smart phone and fitness tracker product segments hold the largest share in the Wrist Wearable Devices market in 2019. Wrist wearables are commonly used these days due to the increasing need for a fitness tracking system. A smart watch is basically a computerized watch that is designed with features such as making calls, browsing the internet and tracking the information about the user’s health. The wearable electronics products such as medical wearables, fitness trackers, smart jewellery and so on are integrated with operating systems that can be used with multiple devices and also offers sophisticated analyses with the help of in-built technological capabilities. Thus, the rising usage of smartwatch phones and wristbands as a style statement is also leading to propel the Wrist Wearable Devices market.

North America highly dominates the Wrist Wearable Devices market with a share of more than 38%, followed by APAC and Europe. The advancement in smart gadgets and the growing need for more sophisticated wearable technologies and the low cost of smart wireless sensor networks is leading to the growth of this Wrist Wearable Devices market in this region. The continuous improvement in the design and functionality of smartwatches is further driving the usage of smartwatches in the US. Moreover, it is also estimated that the percentage of smartwatch users in the U.S among the adults has crossed 10% in 2019. Furthermore, it is predicted that about 31.5 million Americans between the age group of 18 to 55 will be using smartwatches by next year which will drive the Wrist Wearable Devices market in North America.

The increasing deployment of connectivity and digitalization has raised the need for wireless devices. This deployment has led to the need for wireless fitness and sport devices such as fitness trackers and smartwatches. Also, the technological development has led to the introduction of Bluetooth smart watch with in-built features, which can be connected easily to the mobile devices. This advanced Bluetooth smart watches are highly portable which can provide information at any point of time and is also becoming a center of attraction to the customers which is further propelling the Wrist Wearable Devices market. Additionally, the introduction of Apple Watch Series 5 offering user-friendly, feature-packed, reliable, and customizable is increasingly driving the Wrist Wearable Devices market. As the majority of the adults between the age group 18-55 are widely preferring to wear smartwatches as a style statement which is leading to drive the wearable technologies market.

Wrist Wearable Devices is rapidly growing at a faster pace, but the major challenge that is affecting this technology is the need for safety, security, and privacy of the customer’s information. As the wearable devices are equipped with lithium batteries and are attached close to the body which can lead to the potential risk to the customer. Furthermore, the security and privacy of the user are also hindered due to the rising risk from hackers, who can manipulate the data. The security and privacy are also a common factor that is causing a threat to the use of Wrist Wearable Devices, as it also leading to a lack of end-to-end encryption of information, insecure communication and also forming cyber-related vulnerabilities.

In October 2019, Samsung launched the Galaxy Watch Active 2 and Galaxy Watch LTE in India. This new product is cost-effective which will attract the users in India and will further create growing opportunities for Wrist Wearable Devices market.

The introduction of wearable operating systems beyond Apple and Google and the growing shift towards the wearable interface and analytics are significantly propelling the market growth.

The changing lifestyle and the growing need for fitness trackers along with the merging of wearable cameras and virtual reality are further enhancing the market growth.