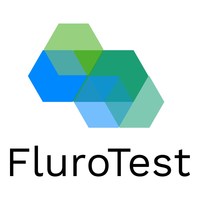 FluroTech Ltd. and subsidiary FluroTest Diagnostics Systems (“FluroTest” or The Company), a first-mover in surge-scale rapid antigen testing for the detection of SARS-CoV-2 and other pathogens, are pleased to announce based on the data collected to date that the FluroTest platform will be capable of detecting the primary variants of concern now spreading across North America and fueling serious outbreaks around the world.

Many of the variants of concern are mutations that alter the viral structure through the spike (“S”) protein found on the molecular surface. FluroTest’s antigen immunoassay detects the nucleocapsid (“N”) protein, which is found deep within the virus’ structure and, so far, remains relatively unaffected by major mutations in the main variants of concern. FluroTest works with the world’s leading reagent suppliers of the antibody pairs that are used in the Pandemic Defense Platform Immunoassay. Additionally, they have confirmed that the antibody pairs FluroTest uses can detect the UK, South African and Brazilian variants and they continually collect data on emerging variants of concern.

“We are pleased to work with suppliers that have extensive biologics experience to give us the confidence that we will be able to detect the variants of concern,” said FluroTech R&D Director and Senior Scientist, Dr. Mauricio Arias. “As new variants emerge at an increasing pace, testing will become much more important worldwide. I believe many countries will follow the UK’s strategy of fast, frequent and easy testing.”

Variants of the SARS-CoV-2 virus first identified in the UK, South Africa, and Brazil appear to be more transmissible than the original wild viral strain first identified in 2019. The increased frequency and spread of these variants of concern has solidified the importance of widespread screening and surveillance, two of many uses for the FluroTest Pandemic Defense Platform. Leaders from FluroTest’s target industries have openly stated that vaccine passports alone will not be sufficient. Accurate and verifiable testing is also extremely important to reopening the economy.

“The most common consensus is that vaccines alone will not be enough to end the pandemic in light of the rapid mutations of SARS-CoV-2,” added Danny Dalla-Longa, CEO of FluroTech.  “By identifying people who are actively contagious and preventing them from entering sports stadiums, airplanes, cruise ships and schools, we can actively return to normal pre-pandemic life safely. This can only be done with strict restrictions in addition to vaccination, or by fast and frequent testing.  Just as with 9-11 and airport security, international pathogen safety protocols will be evolving. FluroTest believes that we are that next evolution.”

Readers are cautioned that, although FluroTest has achieved proof of concept prototype, the testing method and device is still in the pre-approval stage and accordingly FluroTest is not currently making any express or implied claims that the technology can, or will be able to, accurately detect the COVID-19 virus.