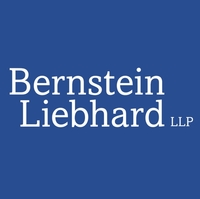 Bernstein Litowitz Berger & Grossmann LLP (“BLB&G”) today announced that investors who purchased publicly traded common stock of HRG Group, Inc. from January 26, 2017 to November 19, 2018, inclusive (the “Class Period”) may seek appointment as Lead Plaintiff to represent a subclass of HRG investors in a securities class-action lawsuit against HRG, Spectrum Brands Holdings, Inc., and certain of Spectrum’s current and former senior executives (collectively, “Defendants”) in the United States District Court for the Western District of Wisconsin. The action, which is captioned In re Spectrum Brands Securities Litigation, No. 19-CV-178, 19-CV-347 (W.D. Wis.), asserts claims under Sections 10(b) and 20(a) of the Securities Exchange Act of 1934, 15 U.S.C. §§ 78j(b) and 78t(a), and Securities and Exchange Commission Rule 10b-5, 17 C.F.R. § 240.10b-5, on behalf of investors who purchased HRG’s publicly traded common stock during the Class Period. A copy of the Amended Class Action Complaint filed in the action (the “Complaint”) and other information about the action are available on BLB&G’s website at www.blbglaw.com.

HRG was previously a holding company whose principal asset was a majority stake in Spectrum. Spectrum is a consumer-brands company that provides a wide variety of consumer products through its retail partners, including Walmart, Home Depot, and Lowe’s. The two companies merged on July 13, 2018, forming the current Spectrum.

The Complaint alleges that during the Class Period, Defendants falsely stated that Spectrum was successfully executing two major capital projects consolidating the operations of its critical Global Auto Care (“GAC”) and Home & Hardware Improvement (“HHI”) divisions. The Complaint alleges that Defendants repeatedly told the market that the GAC and HHI consolidations were progressing effectively and on schedule, and any issues were merely temporary and transitory and were being quickly corrected. In truth, Defendants allegedly knew that the GAC and HHI consolidations were suffering from fundamental execution problems that were far more serious than disclosed to investors.

On April 26, 2018, Spectrum disclosed disappointing financial results for the second quarter of 2018 based on the poorly executed consolidation projects, and Spectrum CEO Andreas Rouvé resigned. HRG’s stock price fell 22%, from $93.15 to $72.563 in one day (adjusted for the subsequent merger). Defendants immediately represented that the problems at the GAC and HHI facilities were being swiftly corrected. In July 2018, HRG and Spectrum merged, and the resulting company assumed the Spectrum name. Then, on November 16, 2018, Spectrum disclosed another disastrous quarter driven by a $92.5 million goodwill write down for GAC, again because of the poorly executed consolidations. Spectrum’s stock price declined 19%, from $59.35 to $48.05 per share.

The action is pending before the Honorable James D. Peterson. In June 2019, the Court appointed the Public School Teachers’ Pension and Retirement Fund of Chicago (“Chicago Teachers”) and the Cambridge Retirement System “Cambridge“) as Lead Plaintiffs and BLB&G as Lead Counsel in accordance with the Private Securities Litigation Reform Act of 1995 (“PSLRA”). In July 2019, Lead Plaintiffs filed the Complaint on behalf of a putative class of investors who purchased or otherwise acquired the common stocks of Spectrum and HRG during the Class Period. Defendants moved to dismiss the Complaint, and that motion was fully briefed. In August 2020, Lead Plaintiffs and Defendants entered into a Stipulation and Agreement of Settlement providing for a proposed settlement of the action for $39 million in cash (the “Settlement”). In September 2020, the Court granted Lead Plaintiffs’ motion for preliminary approval of the Settlement.

On February 6, 2021, the Court entered an Order denying without prejudice Lead Plaintiffs’ motion for final approval of the proposed Settlement and Lead Counsel’s motion for an award of attorney’s fees and expenses. The Court directed Lead Plaintiffs to either “publish a new notice that includes the claims of the HRG class members, and then the court will choose an additional lead plaintiff for those members in accordance with [the PSLRA],” or “dismiss the claims of class members who purchased HRG stock” and “allow them to file a separate lawsuit if they wish.” Lead Plaintiffs notified the Court that they would publish this notice allowing HRG investors to seek appointment as Lead Plaintiff for a subclass of HRG investors.

On April 2, 2021, the Court entered an Order bifurcating the action, providing for separate putative subclasses of (i) Spectrum investors led by Chicago Teachers and Cambridge and (ii) HRG investors, and directing publication of this notice to HRG investors.

The Spectrum Lead Plaintiffs and the Spectrum subclass will continue to be represented by BLB&G, a firm of over 100 attorneys with offices in New York, California, Delaware, Louisiana, and Illinois. If you wish to discuss this action or have any questions concerning this notice or your rights or interests, please contact an attorney of your choice. If you have questions about this notice, you may also contact Katherine M. Sinderson of BLB&G at 212-554-1392, or via email at KatieM@blbglaw.com. Please do not contact the Court with questions about this notice.

Since its founding in 1983, BLB&G has built an international reputation for excellence and integrity. Specializing in litigation concerning securities fraud, corporate governance, and shareholders’ rights, among other practice areas, BLB&G prosecutes class and private actions on behalf of institutional and individual clients worldwide. Unique among its peers, BLB&G has obtained several of the largest and most significant securities recoveries in history, recovering billions of dollars on behalf of defrauded investors. More information about BLB&G can be found online at www.blbglaw.com.