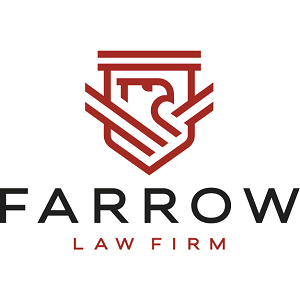 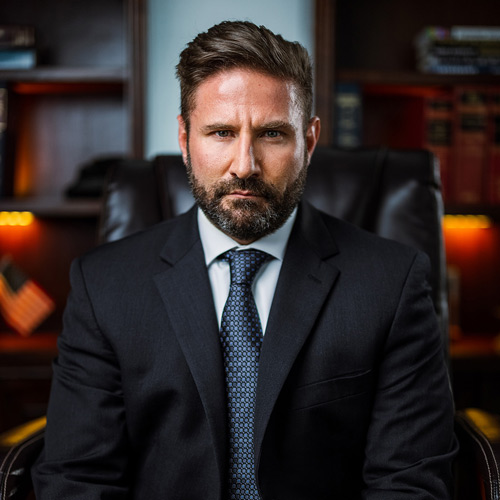 Victim Litigants who file lawsuits against corporations, business partners, and other individuals that are being called out for fraud and forms of theft are usually faced with well-funded opponents who are masters of litigation and know how to abuse the legal system in a war of attrition.

Victims that need legal counsel from a business litigation attorney are due to circumstances caused by commercial disputes, business contract disputes, theft of intellectual property, or other partnership disputes that require a business dispute attorney. In these cases, the stakes are high, especially when allegations of civil racketeering are made in state and federal court. These corporations and wealthy individuals, of course, do not want any interruption to their financial windfalls for wrongful conduct whether it be a breach of contract among business owners or other issues that require business litigation. Their answer? -to make a mockery of the civil procedure discovery process by failing to turn over documents, making frivolous objections time and again, insist on draconian protective orders and delaying the time-consuming process to win by a form of default when the victim runs out of money.

In some cases, these corporations and litigants file what can only be described as an unprecedented lawsuit against the victim’s law firms for defamation, tortious interference, or other torts to attempt to invade attorney-client relationships and seek to discover work product information – or just make the lawyer quit. In other cases, they have even filed emergency motions for temporary injunctions to attempt to silence witnesses’ voices and allegedly protect their online reputation, these temporary injunctions are usually conducted with limited discovery and in a very short amount of time – hampering the ability to truly fight back.

As such, the “David” [“David vs Goliath”] of the story in a fraud or civil racketeering case needs to innovate the means of obtaining critical information which supports them in obtaining justice and stop some very bad actors to use the legal system to attempt to silence victim’s voices. However, with innovation comes push back and this article seeks to start the conversation of alternative discovery tools such as press releases seeking witnesses to come forward on a confidential basis to expose poor business practices.

Press releases seeking witnesses serves as a tool for litigators to locate witnesses and possible victims who would otherwise not be found through normal discovery tools during business litigation. The issuance of these notices to witnesses are especially effective in cases involving civil racketeering statutes and massive fraud or torts because they can offer a confidential means to tell their story without fear of reprisal from former employers, partners, or associates.

This article provides an analysis of the legal basis for commercial litigation attorneys to issue a press release or notice to witnesses based upon a lawsuit, the balancing of interests between opponents and proponents according to Florida law and the exact reasons that locating witnesses on a confidential basis is necessary such that individuals come forward to share information. This article cautions that while the law is settled, that does not mean that the judiciary at the trial court level is yet willing to condone or approve the use of social media press releases and notices to witnesses in active litigation cases. Actually, it may be quite the opposite in that many judges believe that only formal discovery, in court and “tried and true” is the only things a litigant can avail itself.

The undersigned author is currently involved in substantial litigation, both at the trial level and appellate level, over these notices to witnesses and stands by their use, utility, legality and effectiveness in locating witnesses who would otherwise not be located. Unquestionably, the use of notice to witness press releases shortens the time and lessens the expense of locating individuals with information which supports clients in their prosecution of the case. Speaking from experience, witnesses do call with information and they do so to facilitate the administration of justice.

While this practice may be novel, out of the box and innovative, it is not new. The law that has developed here in Florida – and in every other case in every other state in which undersigned has been able to locate throughout the United States, such as Texas, Washington State, California and New Mexico – has determined that a press release which identifies the names of the parties, the allegations and is otherwise a substantially true summary of a publicly filed complaint is protected speech under the absolute litigation privilege. There are no outlining cases at the appellate level.

As some courts have specifically held, it would be “illogical” to provide an absolute protection to the words in a publicly filed Complaint or other court paper, but not repetition of them in other forms such as social media. Lawsuits themselves are public documents that can be found by anyone, read by anyone and discussed by whomever is interested. In Florida, and in most other jurisdictions, every lawsuit and the legal documents which follow, can be accessed through clerk websites which makes anything happening in any case available with a few clicks of the mouse.

The Press Releases, both written and video, are based on pleadings and claims in pending litigation and offer a confidential channel of communication to those with knowledge of the claims against a defendant corporation who may fear coming forward publicly.

Those witnesses may reasonably fear coming forward because doing so could jeopardize their careers and livelihood. A witness may be labeled a tattletale or whistleblower if the witness’ employer were to find out that the witness was supporting a lawsuit against them.  This information gathering is essential to help prove the elements of the civil racketeering case.

The United States Supreme Court in H.J. Inc. v. Northwestern Bell Tel. Co., 492 U.S. 229, 240-44 (1989) discussed that to show a “pattern of racketeering,” the plaintiff must show relationship of the predicates and “continuity,” which may be either “closed-ended” continuity, or the threat of continuity, known as “open-ended” continuity.

Closed ended continuity may be demonstrated over a closed period by proving a series of related predicates extending over a substantial period of time, that is, more than a “few weeks or months.”  Id. at 242. Although the Court stated that in either case continuity is “centrally a temporal concept,”[1] courts have construed the closed-ended continuity element to require multiple schemes and often, multiple victims. Case in point, the Eleventh Circuit Court of Appeals in Jackson v. BellSouth Telecommunications, 372 F.3d 1250, 1267 (11th Cir. 2004) held that a finding of close-ended continuity is not warranted when there is only one scheme, one goal, and limited victims. See also Ward v. Nierlich, 617 F. Supp. 2d 1226, 1238 (S.D. Fla. 2008) (citing Jackson, stating one scheme, causing harm to a few victims, and causing one injury does not create close-ended continuity).

Because the Court found it has alleged more than one victim, and more than one injury associated with defendants’ alleged RICO activity, a pattern was sufficiently alleged.  The Feld court distinguished these facts from those of  two other cases where continuity was not found, i.e., Edmondson  & Gallagher v. Alban Towers Tenants Assn., 48 F.3d 1260, 1266 (D.C. 1995) (finding no pattern where there was a single scheme to prevent or delay the sale of a building, single injury of loss of the sale, and three victims); Western Assocs. Ltd. Partners ex rel Ave., v. Market Square Associates, 235 F.3d 629,  634–35 (D.C. 2001) (finding no pattern where single scheme to diminish the value of a partnership interest in a single property, single injury of lost value in the property, and single victim).

Courts have found closed-ended continuity when a defendant fabricated an affidavit which was integral to an alleged scheme to defraud any potential purchaser or lessee [victim] of the property.  Fresh Meadow Food Services LLC v. RB 175 Corp., 282 Fed. Appx. 94, 99-100 (2d Cir. 2008).

With regard to Open Ended Continuity, the United States Supreme Court in H.J. Inc. discussed that the threat of continuity may be established by showing that the predicate acts or offenses are part of an ongoing entity’s regular way of doing business. Id. at 242. The Court discussed that such associations include, but extend well beyond, those traditionally grouped under the phrase “organized crime.” Id. at 243. The Court further discussed that the continuity requirement is likewise satisfied where it is “shown that the predicates are a regular way of conducting defendant’s ongoing legitimate business (in the sense that it is not a business that exists for criminal purposes), or of conducting or participating in an ongoing and legitimate RICO “enterprise.” Id.

In Jones v. Childers, supra, 18 F.3d at 912–13, the court found the plaintiff sufficiently alleged a pattern of racketeering by showing that the predicate acts were part of the way the defendant regularly conducts his business. The court stated that the number of occasions on which Childers and TSI fraudulently induced the professional athletes to invest in the Israeli securities, the relationship between the fraud with respect to the Joneses and the fraud perpetrated against the other investors, the similarity of the victims—all professional athletes—and the similarity of the acts, taken collectively, demonstrate a pattern of racketeering activity which constitutes proof of a  RICO violation. Id. at 914. The Jones case, decided in the Eleventh Circuit, is strong authority for a plaintiff alleging threat of continuity based on “regular way of doing business” to find as many similarly situated victims.

A Florida Bar CLE describes informal discovery broadly as discovery which does not require leave of court and is conducted by attorneys, office staff, investigators, or even clients.  DISCOVERY, CTP FL-CLE 127 at §3.3. Informal discovery may be used to locate and interview witnesses.  See DISCOVERY, CTP FL-CLE 127. Press Releases and Notice to Witness Videos can serve as a means for locating witnesses, a tool of informal discovery. “While the internet’s qualities are certainly unique, it is essentially a medium for communication and interaction, much like the telephone and the mail.” Caiazzo v. Am. Royal Arts Corp., 73 So. 3d 245, 255 (Fla. 4th DCA 2011). Notice to Witness Videos are akin to a modern-day billboard which should be treated no differently than any other medium of communication for the legitimate purpose of locating witnesses.  See, e.g., 2 AmJur Trials 229 (“Locating and Interviewing Witnesses”); 2 AmJur 229(§18) (locating witnesses through placement of advertisements).

As stated above, notwithstanding significant legal support for issuing a notice to witness press release or video, trial courts may be inclined to enjoin them. At this time, undersigned has a pending appeal on the issues discussed herein. That said, one of the reasons that a court may not be fond of this approach is because it is novel and, thus, the more lawyers who endeavor to innovate with these tools, the more normal the practice will be…it is just a matter of time. And it is time for the law and justice in general be supported by the use of press releases seeking witnesses and videos with the same goal which are posted on social media and other platforms.

If you are interested in more information about our experiences with notice to witnesses and press releases, please contact us at info@farrowlawfirm.com or call us at 954.252.9818. We are looking to support other attorneys and their clients with our insight and experience on the subject area. The preceding is not legal advice, just the landscape of the area of the law and social media in the context of issuing a press release about a case. This is the beginning of a much larger conversation and we look forward to writing more about specific reasons for issuing press releases seeking witnesses.