How Much Electricity Does a Solar Panel Produce?

A solar panel is a series of solar modules that convert solar energy into electricity and, using electrodes, transmit it further to other conversion devices.

A solar panel is a series of solar modules that convert solar energy into electricity and, using electrodes, transmit it further to other conversion devices. The latter is important to make an alternating current out of the direct current, which will be perceived by household electrical appliances. Direct current is obtained when solar power is received by solar cells that help the energy of photons to be converted into electric current.

The number of photons that hit the photocell determines how much energy a 350 watt solar panel gives. For this reason, the performance of the panel is influenced not only by the material of the photocell but also by the number of sunny days per year, the angle of sunlight rays reflecting on the battery, and other factors beyond human control. 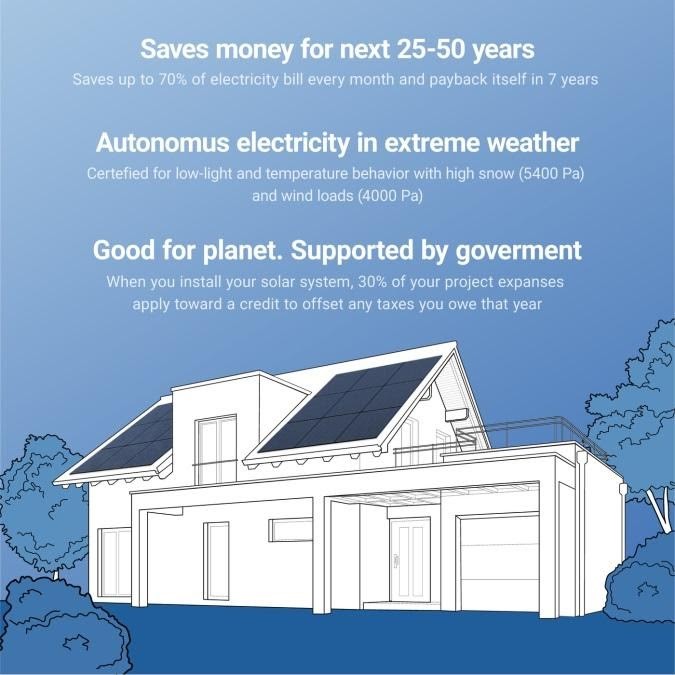 First of all, the performance of modern solar panels depends on the material of manufacture as well as the production technology. You can find a variety of solar panels with a performance ranging from 5 to 22%:

Based on photovoltaic panels, it is possible to create an autonomous or networked solar power plant for your home. Systems of the first type provide energy supply to the household. Thus, with the help of solar panels, you can not only save on your energy consumption but also earn money by selling the received electricity to the grid. 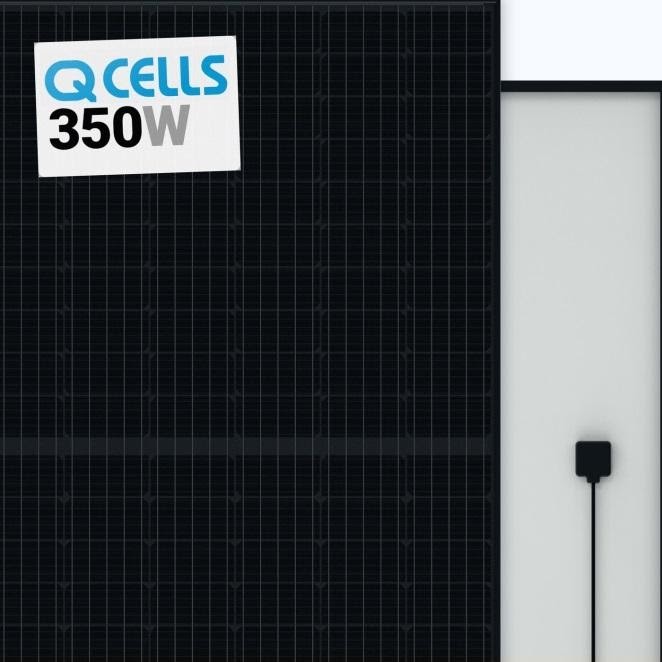 On the basis of the above factors that you should take into account when buying  350-watt solar panels, you can use a simple formula by which you can calculate how much electricity one solar panel module will produce. There is a simple formula:

The efficiency of solar panels on the market ranges from 5% to 22%, depending on the type of energy conversion modules. In most cases, this is silicon.

Let’s say you have chosen one of the most productive modules with an area of 2 square meters. The amount of solar energy on a typical sunny day is about 1,000 watts per meter. As a result, we get the following formula. So, let’s calculate:

For the power to be sufficient, it is necessary to calculate the required number of solar panels. To do this, you need to divide the power consumption by the solar panel power. The total consumption is made by summing the operating hours (hours per day) of all electrical appliances in the house — the power is added to the number of hours. It is worth considering all the electrical equipment in the house: electric boilers, electric underfloor heating, submersible and circulation pumps, refrigerator compressors, etc.

You can increase the exposure to sunlight by installing the panels on a biaxial tracker — a platform that rotates behind the sun in 2 planes. Also, in winter, the panels should be positioned more horizontally than in summer. In summer, the angle of inclination of the modules is less. There is an optimum tilt angle for each of the latitudes. 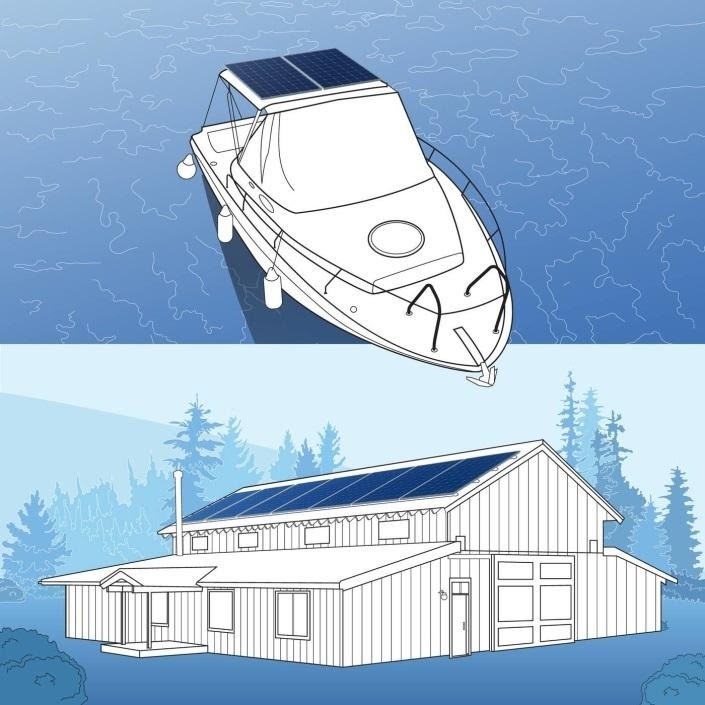 It is always necessary to have headroom because the battery performance decreases over time. Each year, the capacity is reduced by 0.6 – 0.7%. After 25 years of use, the power loss is about 20%. However, the missing power can be replenished without any problems by connecting additional solar panel modules.

Ask for the solar modules in the store’s catalog, and professional consultants will help you to choose the right equipment for your specific request.