IBADAN and MEXICO CITY, Feb 17 2021 (IPS) – 17 February – African smallholder farmers have no choice but to adapt to climate change: 2020 was the second hottest year on record, while prolonged droughts and explosive floods are directly threatening the livelihoods of millions. By the 2030s, lack of rainfall and rising temperatures could render 40 percent of Africa’s maize-growing area unsuitable for climate-vulnerable varieties grown by farmers, while maize remains the preferred and affordable staple food for millions of Africans who survive on less than a few dollars of income a day.

Farmers across the continent understand that the climate crisis is affecting their harvests and their “daily bread”. In sub-Saharan Africa, growing numbers of people are chronically undernourished, with over 21 percent of the population suffering from severe food insecurity.

The global battle against climate change and all its interconnected impacts requires a multisectoral approach to formulate comprehensive responses. For farmers in sub-Saharan Africa, especially smallholders, this involves producing improved crop varieties that are not only high-yielding but also tolerant to drought and heat, resistant to diseases and insect pests, and can contribute to minimizing the risk of farming under rainfed conditions.

CGIAR, a global partnership involving numerous organizations engaged in food systems transformation, has been at the forefront of technological innovation and deployment for many decades. The International Maize and Wheat Improvement Center (CIMMYT) and the International Institute of Tropical Agriculture (IITA) are the two CGIAR research centers undertaking innovative maize research and development work in the stress-prone environments of Africa. Successful development of improved climate-adaptive maize varieties for sub-Saharan Africa has been spearheaded by these two CGIAR centers that implemented joint projects such as the Drought Tolerant Maize for Africa (DTMA) and Stress Tolerant Maize for Africa (STMA) in partnership with an array of national and private sector partners in the major maize-producing countries in Eastern, Southern, and West Africa. Under the 10-year DTMA initiative, about 160 affordable and scalable maize varieties were released.

High-yielding, multiple stress-tolerant, maize varieties using CIMMYT/IITA maize germplasm released after 2007 (the year the DTMA project was started) are estimated to be grown on 5 million hectares in 2020 in sub-Saharan Africa. The adoption of drought-tolerant (DT) maize varieties helped lift millions of people above the poverty line across the continent. For example, in drought-prone southern Zimbabwe, farmers using DT varieties in dry years were able to harvest up to 600 kilograms more maize per hectare—enough for nine months for an average family of six—than farmers who sowed conventional varieties. A smallholder woman farmer in northern Uganda with DT maize on her farm. Credit: CIMMYT

The STMA project that followed DTMA also operated in sub-Saharan Africa, where 176 million people depend on maize for nutrition and economic well-being. The project, which ended in 2020, and followed by a new project called Accelerating Genetic Gains for Maize and Wheat Improvement (AGG), developed new maize varieties that can be successfully grown under drought, sub-optimal soil fertility, heat stress, and diseases and pests. In 2020, CGIAR-related stress-tolerant maize varieties were estimated to be grown on over 5 million hectares, benefiting over 8.6 million smallholder farmers in 13 countries across sub-Saharan Africa.

In Kenya, farmers with the new maize varieties are harvesting 20 to 30 percent more grain than farmers without drought-tolerant seeds. Prasanna Boddupalli, Director of CIMMYT’s Global Maize Program and the CGIAR Research Program on maize, says this has a cascading effect on livelihoods—improving the nutritional intake of the community, helping children return to school, and reducing poverty. 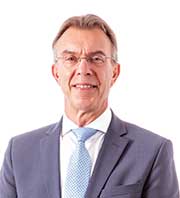 In an interview with Gates Notes, Kenyan farmer Veronica Nduku, who has been growing CIMMYT’s drought-tolerant maize for 10 years, had said that she always harvests even when there is no rainfall.

In Zambia, a study by CIMMYT and the Center for Development Research has shown that adopting drought-tolerant maize can increase yields by 38 percent and reduce the risks of crop failure by 36 percent, even though three-quarters of the farmers in the study had experienced drought during the survey.

Celebrating the 50th anniversary of its founding this year, CGIAR unveiled its roadmap for a new 10-year strategy at the online 2021 Climate Adaptation Summit, hosted by the Netherlands in January.

The new sustainable research strategy puts climate change at the heart of its mission, with an emphasis on the realignment of food systems worldwide, targeting five impact areas: nutrition, poverty, inclusivity, climate adaptation and mitigation, and environmental health. 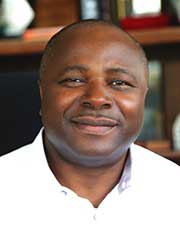 Through food system transformation, resilient agri-food systems, and genetic innovations CGIAR’s ambition is to meet and go beyond the Sustainable Development Goals (SDGs). UN Secretary-General Antonio Guterres has called for a concerted global effort to radically realign food systems to achieve the 17 SDGs by 2030.

CGIAR warns that without more science-based interventions to align agriculture with climate targets, the number of undernourished people around the world could exceed 840 million by 2030.

To shift its focus and investment into agricultural research that responds to the climate crisis, CGIAR is undergoing an institutional reform. Now named ‘One CGIAR’ the dynamic reformulation of CGIAR’s partnerships, knowledge, assets, and global presence, aims for greater integration and impact in the face of the interdependent challenges facing today’s world.

Scientific innovations in food, land, and water systems will be deployed faster, at a larger scale, and at reduced cost, having greater impact where they are needed the most.

Ground-breaking progress to date would not have been possible without the generous funding from the Bill & Melinda Gates Foundation. Yet Bill Gates, who recognizes the essential role of CGIAR in “feeding our future”, also acknowledges that current levels of investment do not even amount to half of what is needed.

Investments in maize breeding and seed system innovations must expand to keep up with the capacity to withstand climate variability in sub-Saharan Africa, the world’s most chronically undernourished region, and provide food and nutritional security to millions of maize-dependent and resource-constrained smallholders and consumers.

At CIMMYT and IITA, we have invested on long-term breeding to increase genetic gains using many new tools and technologies. These efforts need to be further intensified.

More funding is also needed to reach out to smallholders with quality seed of climate-resilient maize varieties. While 77 percent of Zambian households interviewed said they experienced drought in 2015, only 44 percent knew about drought-tolerant maize.

Mindful that adopting new technologies and practices can be risky for resource-poor farmers who do not enjoy the protection of social welfare safety nets in rich countries, CIMMYT encourages farmers, seed companies, and other end users to be involved in the development process.

It is not enough to lower carbon emissions. African farmers need to adapt quickly to rising temperatures, drawn-out droughts and sharp, devastating floods. With higher-yielding, multiple stress tolerant maize varieties, smallholder farmers have the opportunity to not only combat climatic variabilities, diseases and pests, but can also effectively diversify their farms. This will enable them in turn to have better adaptation to the changing climates and access to well-balanced and affordable diets. As climate change intensifies, so should agricultural innovations. It is time for a “business unusual” approach.