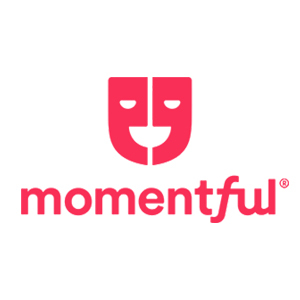 York-based media and technology company, 1616 Media Ltd, has announced the winner of its This is the Moment… film competition.

In association with Momentful, 1616 Media’s creative messaging app, the competition was launched in the middle of last year’s pandemic to try and combat the lockdown blues. The overwhelming amount of entries has resulted in the judges – chaired by one of Britain’s leading film editors, John Wilson – taking three months to make a decision.

The global pandemic has seen the downloads and usage of Momentful soar, as people use it to connect with loved ones and feel closer together while kept physically apart.

The film competition searched for shorts with different interpretations about what it was like being isolated from those who matter to us the most.

Suzy Edward, CEO of 1616 Media, says: “The response we received to the competition was stunning. We were quite blown away by the depth of feeling and ingenuity that the entries covered in the challenging short-film format. Not only is there a lot of talent out there, but our budding filmmakers are capable of demonstrating a huge range of feelings about lockdown: sadness, anxiety, hope, courage, friendship.”

The winning film, Change the Circumstances by Joshua Black, and two highly commended, were picked out from hundreds of entries by an illustrious panel of expert judges, including:

James Macfarlane: James is a leading lecturer at London University in Advanced Digital Publishing Technology and Platforms. He is also a resident judge at the SetSquared Young Business of the Year, as well as University Young Entrepreneur.

Tracy Edwards MBE: Explorer and winner of the 1998 Jules Verne Trophy for the ‘fastest circumnavigation around the world with no stopping and no outside assistance’, Tracy and her all-female crew also broke seven world records. She was the first woman to receive the Yachtsman of the Year Trophy.

Jo Hemmings: Jo Hemmings is a Behavioural Psychologist and a member of the British Psychological Society (BPS). She specialises in media analysis as well as a being a relationship coach and TV and radio personality.

“It really was a pleasure to be part of judging This is the Moment… film competition. The panel felt that the overall quality of the finalists’ submissions was both impressive and highly entertaining. We felt Change the Circumstances by Joshua Black stood out – and only just – from a few very strong contenders. But the way it genuinely uplifted us all and left us with a warm glow clearly demonstrated it was a film that had true heart and met the brief.”

“This last year has affected every single one of us. Anxiety, stress, uncertainty and in many cases, grief have touched us all. As humans, we all use different mechanisms to deal with these unfamiliar emotions, particularly after coping for such a long-term haul. These films present a great example of unique human engagement through the medium of seeing others’ outlooks – and, at the same time, bring a welcome level of support, entertainment and comfort in these isolating times.”

“We had stellar entries from the UK, but also from much further afield; Canada, South Africa, even Singapore and Australia. It is a pleasure to support such a diverse group of young filmmakers who are at early stages of their careers. We were blown away by just how much the competition touched such a universal theme. It goes to show that human spirit is the same everywhere – if we can only connect with it.”

Joshua has been a freelance commercial cinematographer and videographer in London since graduating with an MA in Cinematography in 2017. Change the Circumstances, about a socially distanced birthday BBQ, was the first time Joshua wrote and directed his own promo idea.

Chen Sing grew up in Singapore, working as an editor in lifestyle television for four years. He has since moved to Canada, where he is studying for a film degree at Sheridan College.

Momentful® helps people close the distance and stay connected every day – and on the special occasions. This unique app delivers across a range of technologies instantly with little narratives in the form of digital cards – that are specifically designed by artists all over the world – to help people express themselves and their varying emotions.

York-based media and publishing technology company, 1616 Media, are the creators of Momentful and Momentful@Work. These mobile-to-mobile applications are designed to creatively and emotionally bring friends, families and work colleagues closer together.

See the short films at www.bemomentful.com/film-competition-winners