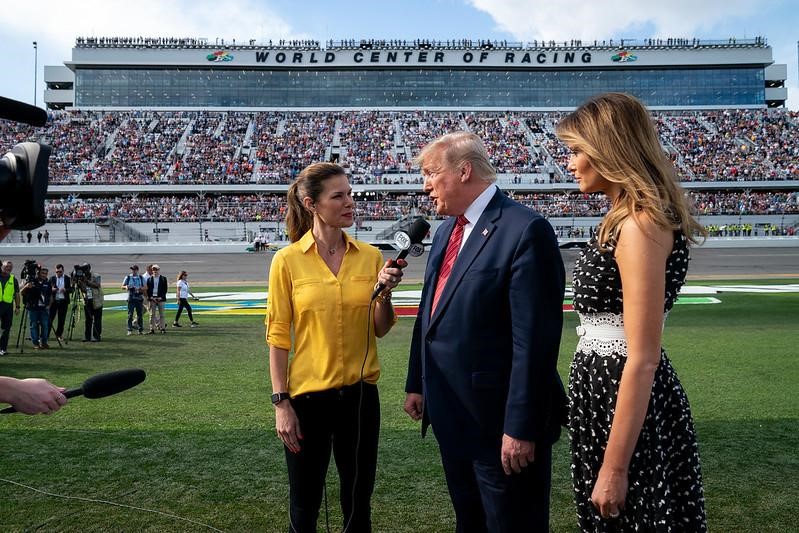 “President Trump and the First Lady at the NASCAR Daytona 500 Race” by The White House is marked with CC PDM 1.0

Donald Trump is closely connected to the sports world and has a vested interest in a number of major league teams. So much so, that there are numerous athletes and sports representatives who backed him throughout his presidential campaign. Trump is a ruthless businessman and knows what intense competition feels like, which is probably why he’s a true fan of sport.

The 45th President of the United States doesn’t appear to have a favorite team, but does take an interest in various major sports organizations. Although, he certainly does prefer certain teams to others. We delved deep into Trump’s sports background and found out which sports events the president simply doesn’t miss.

The first and certainly the most obvious way the president likes to let off steam is on the course. Not only does he like to play, but he’s an avid fan and follows the majors tournaments from across the globe. Trump is a regular guest at the U.S. Open and often attends events such as the British Open and the Canadian Open; which now has a huge purse funded by the growing Canadian and international sports betting market.

Trump golfs and entertains at many of his favourite golf courses, which he has in abundance, scattered all over the world. Expect to see more of the President at golf tournaments in 2021 – even if he manages to stay in office for a second term in November.

Dana White the face and founder of the UFC, has built a relationship with the president in recent years, exchanging tweets and showing a mutual admiration for one another. But it’s the president’s regular commendations for certain individuals fighting in the UFC that’s most interesting. Most recently Jorge “Gamebred” Masvidal, who lost his last fight but received personal praise from the White House for his gritty performance.

Big name fighter Colby Covington has shown his support for Trump since he started gaining popularity and picking up bouts against the best in the welterweight division, sporting a MAGA hat at press conferences and wearing the stars and stripes whenever possible. The unforeseen growth popularity of mixed martial arts has really pushed the sport into the limelight, so much so that even the president is turning up to events! Recently Trump attended UFC 244, receiving applause on arrival from the New York crowd.

Trump has made claims about his background playing baseball, stating that his best days were back at Fordham University and Penn. While a lot of the information is unsubstantiated, the president certainly does have a love of the sport and has shown his commitment to the MLB over the years. 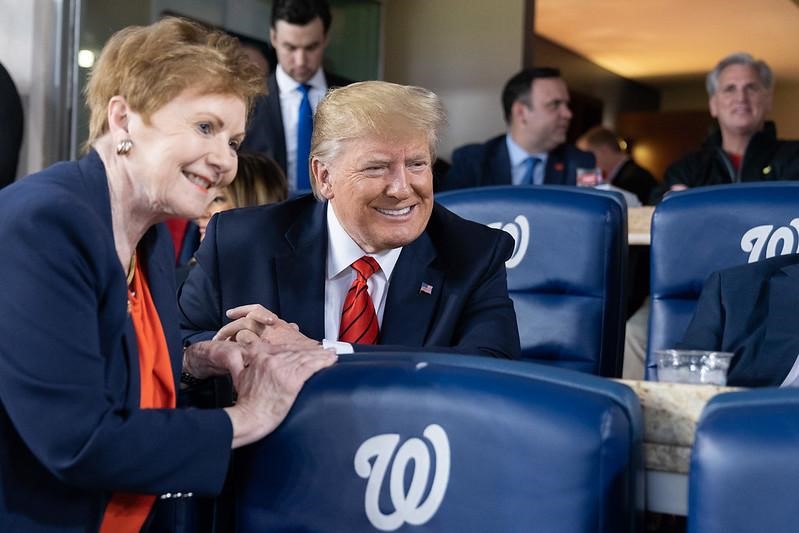 “President Trump at the World Series Game” by The White House is marked with CC PDM 1.0

In the city Trump was born in, there are just two teams to choose from with the internationally recognised New York Yankees, alongside the New York Mets. Ex Yankees outfielder Paul O’Neil endorsed his presidential bid back in 2016, but the president’s admiration for the team runs much deeper than that.

Trump is a regular at the Yankee Stadium and has maintained strong relationships with current and former members of the organization. I’m sure once his term in office comes to an end, we’ll start seeing Trump’s face more often than ever.

It’s evident the president’s heart belongs to the Yankees, but he’s a citizen of the city and has shown appreciation for both teams. He attended the Met’s Opening Day game back in 2012 and has been seen at a couple of other games since then.

While he won’t betray his allegiance to the Yankees, Trump looked out for them when they were really struggling back in 2011. During the Bernie Madoff scandal, Trump publicly stated he would bail out the club by buying them, if things got to that point. I’m sure the prospect of a Yankees fan owning the Mets wasn’t something Mets fans wanted to hear but the gesture of good will didn’t go unnoticed.