V for Vendetta knew our future would be a bleak one 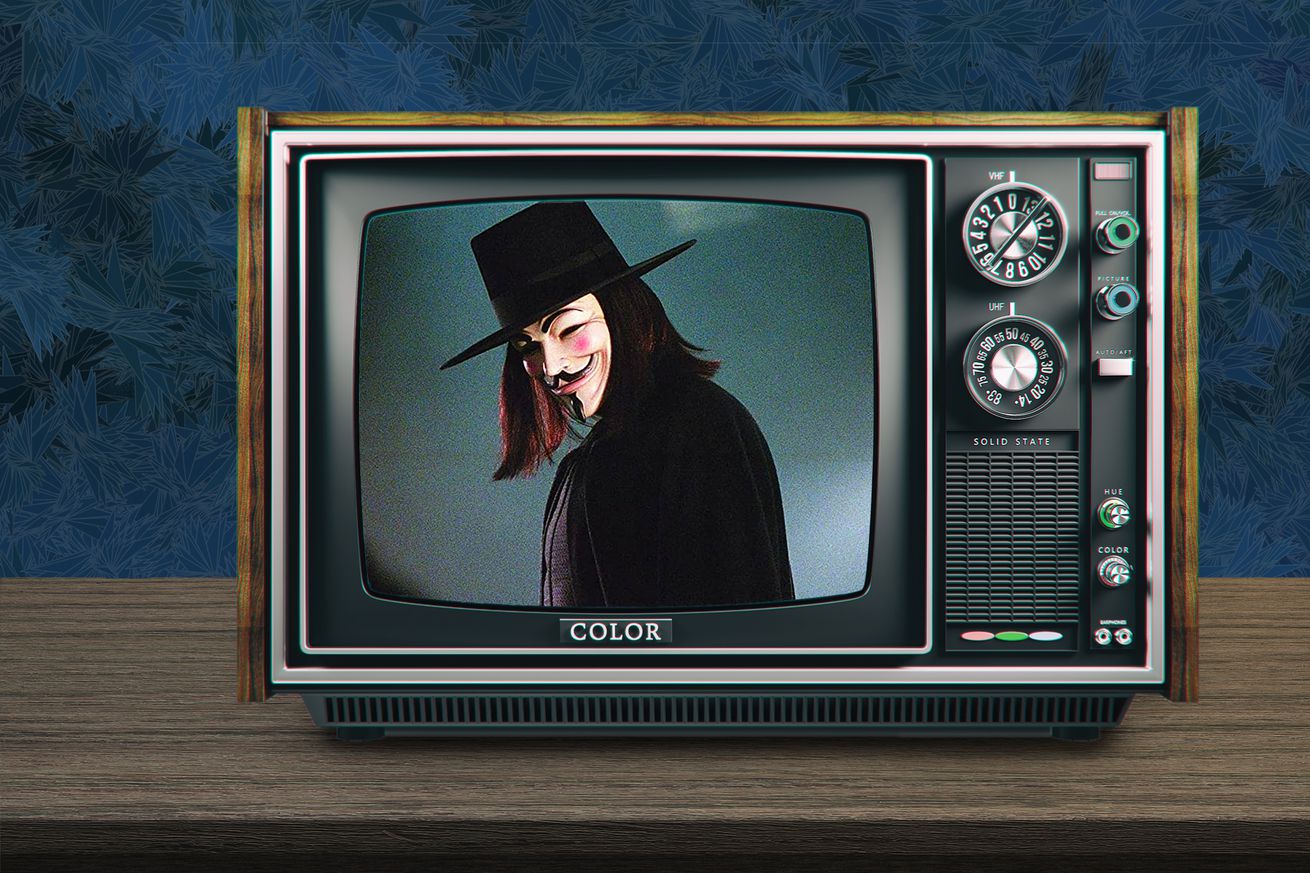 The Verge is a place where you can consider the future. So are movies. In Yesterday’s Future, we revisit a movie about the future and consider the things it tells us about today, tomorrow, and yesterday.

The movie: V for Vendetta (2006) directed by James McTeigue

The future: In V for Vendetta, a lot has gone wrong very quickly, and it doesn’t seem like there’s much to be done about it. The film is set in 2020, and London is now under the authoritarian rule of the fascist High Chancellor Sutler (John Hurt), the leader of the extremely Nazi-looking Norsefire party.

The parallels to real-world 2020 are alarming: the “St. Mary’s virus” has unleashed a pandemic on the world, crippling the United States (which doesn’t really factor into the film’s London-centric plot) and sending it on a path to economic ruination and civil war. The Norsefire party, which rode in on a wave of neoconservative support, locks up gay citizens, anyone who practices a religion other than the state-sanctioned church, and is supported by state-run media. Surveillance is almost casual, with government vans regularly sweeping the streets to listen in on citizens.

This is the world in which we meet Evey Hammond (Natalie Portman), an unassuming employee of the British Television Network. One night, she is threatened with sexual assault by secret police and is subsequently saved by V (Hugo Weaving), a superhuman terrorist in a Guy Fawkes mask. Like Guy Fawkes, V has a plan to blow up Parliament and assassinate several members of the government responsible for the Norsefire takeover and, it’s revealed, his own creation. The film ends before we find out if he’s successful, but not before the citizens of London are inspired to also don his mask and take to the streets.

The past: V for Vendetta, while not as mean a work as the comic by Alan Moore and David Lloyd it’s based on, is a movie that is unapologetically about a terrorist. In March 2006, this felt radical for a blockbuster movie that was written by the Wachowskis as their first big project after the Matrix trilogy. Reviewers were fascinated by this.

“The cleverest aspect of the film is the way it turns a terrorist into a crusading hero while remaining politically correct,” Guardian film critic Philip French wrote in his review. “What it doesn’t manage is to create a credible future or avoid pomposity.”

“By all rights, this should be the worst time imaginable to release V For Vendetta, a film with — there’s really no polite word for it — a terrorist hero prone to saying things like ‘Violence can be used for good,’ and ‘Sometimes blowing up a building can change the world.’” begins Keith Phipps’ review for The A.V. Club. “So why does V For Vendetta play as such a crowd-pleaser?

Only five years removed from 9/11 and just as many years into the US War on Terror, a blockbuster film valorizing a terrorist felt radical in a way that was almost immediately arresting. The film softens this very obvious edge with overt allusions to 1984, making it feel as much of an homage to George Orwell as it is to Lloyd and Moore.

Alan Moore, the writer of the comic on which the film is based, refused to have his name appear in the film or on any materials promoting it. (Moore has made it abundantly clear that he objects to any adaptation of his work out of principle, regardless of quality.) Purists would object to the film reducing the source material’s very specific response to Thatcherite England to a metaphor of Bush-era America (in a story where America is specifically sidelined) or the way the movie turned V into more of a dashing hero than a died-in-the-wool extremist. But time had a way of rendering all of these points effectively moot. The movie comes across much differently now.

The present: In retrospect, both the great strength and weakness of V for Vendettais in its lack of specificity. Its Orwellian aesthetics give it a sort of timeless veneer, and its arguments about fascism and the creeping death of liberty are old ones that become painfully relevant whenever there is a new attempt to undermine democracy by those in power.

The movie’s most enduring symbol is a mask, one that was adopted as a sign of real-world protest by the hacktivist group Anonymous in the early 2010s when Occupy Wall Street was the most widely known activist movement in the United States. Unfortunately, a grinning Guy Fawkes mask meant to denote an anonymous solidarity glossed over something vital about institutional oppression: it isn’t applied equally.

In 2020, attacks on democracy are brazen and blunt, and we know painfully well that subtlety is not a hallmark of authoritarianism’s reach. In fact, as critic Scott Meslow wrote in 2018, while V for Vendetta has more bite than it did upon release, you could now say it doesn’t go far enough.

“It imagines a universe in which a single shooting death of an innocent little girl could inspire an entire society to stand up against a militaristic police force,” Meslow writes. “It imagines the resistance to an anti-democratic political movement rising up, in part, from powerful but principled members of that political movement. A modern adaptation might dismiss all those plot points as too optimistic.”

V for Vendetta isn’t particularly concerned with the details — creeping concessions to fascists are recounted in a bleak cascade, and resistance is sparked by a single dramatic act. The film’s universe is small; the only perspective outside of Evey’s is that of Finch (Stephen Rea), a Scotland Yard inspector who is on V’s trail and discovers that the government engineered the crisis that led to its power grab. Through Finch, we piece it all together, and in the film’s best touch, it’s all portrayed in one dramatic montage: corruption, domination, and revolution existing side by side as events the film depicted are intercut with scenes that are about to happen over the movie’s final 30 minutes.

It’s very affecting, but it glosses over how much work it is to defend democracy — how much the people you need to stand beside you in protest actually prefer the rule of fascism as long as the fascists align with them, how institutions aren’t built for democracy but for normalcy, and how the people running them will always choose the latter over the former.