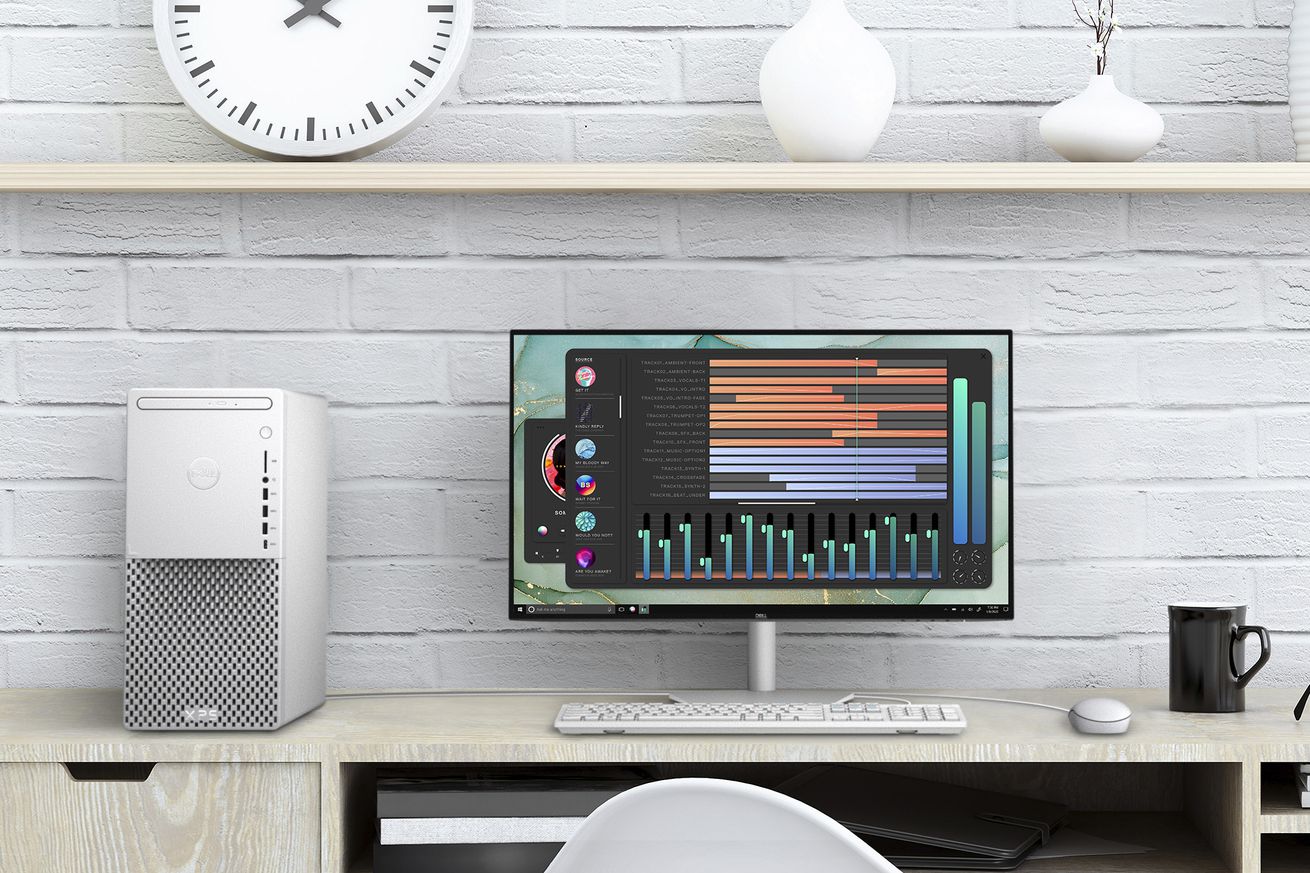 The Dell XPS desktop comes in black or white and includes a wired keyboard and mouse combo. | Image: Dell

Dell has given a facelift to its XPS desktop, resulting in a smaller and far more appealing chassis than the previous iteration. The biggest changes are easy to spot, including making half of the case’s front just a big air intake to keep it cool. Dell also realigned the front I/O panel consisting of three USB 3.1 Type-A Gen 1 ports, one USB 3.1 Type-C Gen 1 port, a headphone jack, and an SD card slot along its right side. And as modern as it all looks, it still includes a good old disc drive with the option to upgrade to a Blu-ray burner.

The big difference on the inside of the new XPS desktop is the jump to Intel’s 10th Gen processors. The most affordable model is $649.99 and is configured with the Intel Core i3-10100 processor and 8GB of DDR4 RAM clocked at 2,666MHz (with support for up to 128GB of RAM). Storage starts at a 1TB 7,200RPM SATA hard drive, but there are options to get a SATA drive with an NVMe M.2 SSD added on or just the M.2 drive alone.

Along with the storage and RAM, you can tweak most of what’s inside to your liking and to your budget, with support for high-end CPUs like Intel’s Core i7-10700K and i9-10900K. Dell currently doesn’t make AMD versions of this machine. It declined to comment on future products, though they might arrive at some point since its previous iteration offers the option for either an AMD or Intel processor.

For graphics, it supports up to the Nvidia GeForce RTX 2070 Super or AMD’s Radeon RX 5700 XT GPUs. Depending on the graphics card you opt for, Dell will include either a 360W or a 500W power supply. In terms of bays and expansion slots, the XPS desktop supports up to two hard drives and two SSDs, and it has four DIMM slots for additional RAM, and three PCIe slots in total (single-lane, four-lane, 16-lane).

The chassis will come in mineral white or night sky colors. Dell says this case has 19-liter capacity compared to 24L in the previous iteration, which is a metric that companies use to judge how much space is inside for components, not liquid. In terms of dimensions, the new XPS desktop is delightfully compact at 14.45 x 12.13 x 6.65 inches. That’s smaller than many microATX cases you’ll find on the market if you’ve considered building a PC yourself.