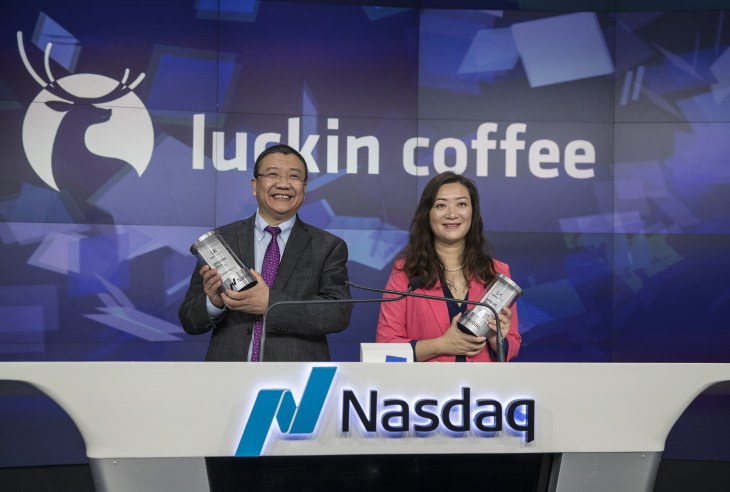 Chinese stocks have seen the highest highs and the lowest lows in recent weeks. While the country suffered the first economic shocks of the novel coronavirus that originated in Wuhan, China’s aggressive containment strategy has allowed the country to reopen in recent weeks, sending stocks at least temporarily to multi-year highs.

Yet, those bold numbers aren’t always what they seem. Multiple scandals in recent weeks have raised serious questions about the state of Chinese accounting practices, and whether stock exchanges are doing enough to protect investors from fraud and scandal.

The most notable story the past few weeks has been the fall of Luckin Coffee,  which announced that it may have overstated sales by hundreds of millions of dollars. The company has since fired its CEO and COO, and has declined in value on Nasdaq by nearly 91% from its mid-January peak. The company in a filing with the SEC said that it delayed releasing its financials due to COVID-19 (as well as, just maybe, the fraud investigation as well).

A quieter scandal has been a similar accounting irregularity at TAL Education Group, a China-based tutoring company traded on NYSE. And then overnight, Muddy Waters, the same research firm that first brought potential fraud at Luckin Coffee to light, released a new report on GSX Techedu indicating potential fraud, accusations which were denied by the education company. In its report, Muddy Waters claims that almost 70% of GSX’s students are “bots” and the company is wildly overstating its financials.

Given Luckin and these other controversies, it looks like at least Nasdaq  is ready to shore up its standards and protect its market for investors.

In new filings with the SEC, Nasdaq proposed amending its ruled to allow for tighter listing standards for companies based in a jurisdiction “that has secrecy laws, blocking statutes, national security laws, or other laws or regulations restricting access to information by regulators of U.S. listed companies.” While the rules would apply equally to all countries with information restrictions, context clearly points at China as being the biggest target. The new rules would require greater financial minimums and accountability standards to qualify for listing.

In addition, Reuters reported overnight that Nasdaq has sent notice to Luckin Coffee that it intends to delist the company’s ADR shares from the exchange. A press contact for Nasdaq did not respond to requests for comment on the news.

Tightening the rules on Nasdaq is ultimately a positive, since strong and transparent markets ultimately encourages more investors to place their money behind companies.

That wasn’t the only positive news for Chinese tech stocks though. The Hang Seng Index, which is the most important barometer in Hong Kong’s finance world, will consider adding companies with dual-class voting structures as well as equities that are located in markets outside of Hong Kong. While there is always grumbling among some investors at these corporate governance structures, American exchanges have mostly acceded to these models in recent years, and many tech IPOs have dual-class voting structures today.

Opening the Hang Seng Index to more locations is and remains complicated. For instance, Alibaba is traded on NYSE, but conducted another IPO late last year in Hong Kong that became the largest IPO of 2019, out-fundraising Uber with a haul of $11.2 billion. For some tech companies with global interests, tapping multiple global equities markets is key to gaining access to the most liquidity and market depth possible.

The addition of non-Hong Kong stocks to Hong Kong’s most important stock index in some ways mirrors the inclusion of Chinese stocks in MSCI’s popular emerging markets ETFs in mid-2018. Even as the world puts up more financial borders, companies and their stocks are increasingly global, and indices are following right along with them.

Better accountability and more access makes it a pretty good news day for Chinese stocks. Plus, Luckin Coffee announced last week that it is introducing new lifestyle products, so that might solve the whole damn thing over there quickly, no?