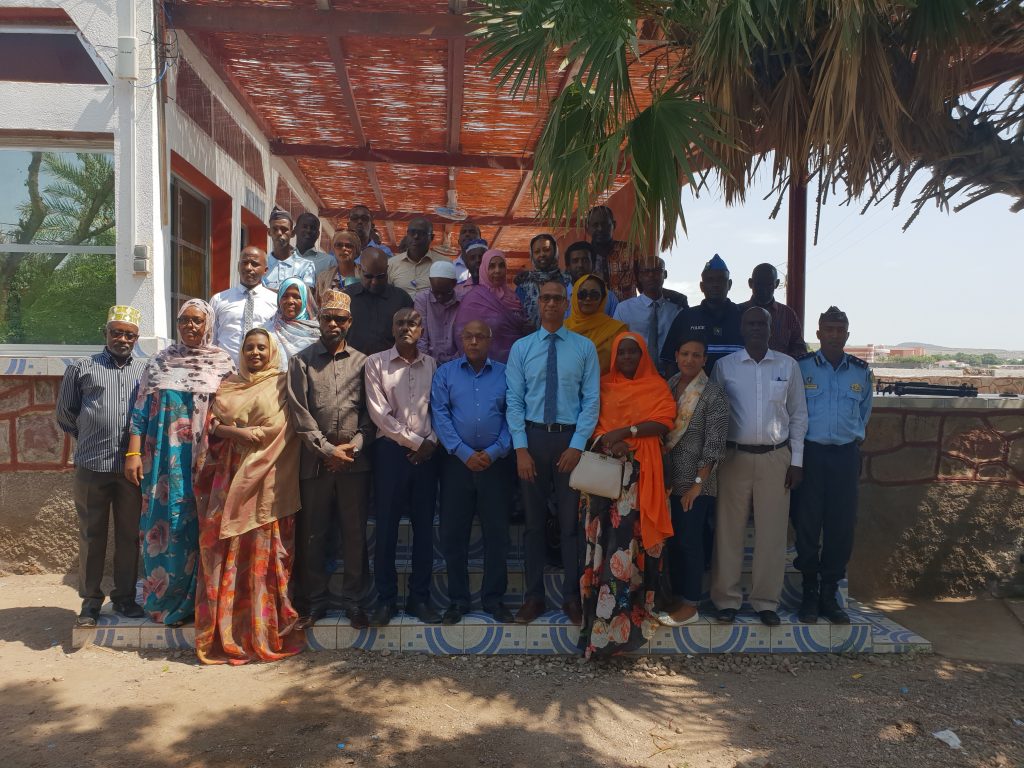 ICPD awareness-raising campaigns in rural Tadjourah and Ali Sabieh in Djibouti, organised by the Parliamentary Group of Population and Development (PGPD). Courtesy: PGPD.

MBABANE, Mar 24 2020 (IPS) – Female Genital Mutilation (FGM) is still widely practised in the African country of Djibouti. Despite efforts by the government and development agencies to curb this practice, culture, tradition and religion continue to slow down progress.

According to Hassan Omar Mohamed, a Member of Parliament from the Djibouti House of Assembly, FGM is a deeply-rooted practice that has stood the test of time.

Latest data from UNFPA and UNICEF reveal that 78 percent of women and girls in Djibouti are still subjected to FGM.

In November, United Nations member states gathered in the Kenyan capital of Nairobi to renew a promise made 25 years ago to end harmful practices against women and girls including FGM.

It is for that reason that the Government of Djibouti has intensified awareness-raising efforts, which has resulted in reduced FGM cases, although the practice continues.

“Education and training are the means which facilitate the change of behaviour,” said Omar Mohamed, adding that the change of attitude will lead to the total abandonment of the practice.

Djibouti participated at the Nairobi Summit and made resolutions following the 25th International Conference on Population Development (ICPD25) commitments in fulfilling Goal 5 of the U.N. Sustainable Development Goals (SDGs). SDG 5 calls upon countries to achieve gender equality and women empowerment by 2030.

As a result, in 2019 Djibouti created the Parliamentary Group of Population and Development (PGPD) – an eight-member formation of four men and an equal number of women MPs – to which Omar Mohamed is the president.

Its objective is to contribute to the promotion and protection of the fundamental rights of populations; promote access to education, health, family planning and to encourage the full implementation of the programme of action of the ICPD.

In addition, the Asian Population and Development Association (APDA), together with National Assembly of Djibouti and the PGPD, organised Inter-regional Parliamentarians Meeting from Feb. 23 – 24. to follow up ICPD25 in Djibouti.

“It was an opportunity for parliamentarians to interact and cooperate with their colleagues on issues related to the engagement of the Nairobi Summit,” he said. They discussed family planning and violence against women and girls and developed a roadmap for implementing ICPD25 commitments.

Moreover, the Government of Djibouti has adopted, signed and ratified the following international instruments that contribute to the eradication of FGM.  These include:

“The main objective of this strategy was to promote the total abandonment of FGM by respecting physical integrity and promoting the health of women and girls,” said Omar Mohamed.

UNFPA has also supported several ICPD activities in Djibouti, including updating the Sexual and Reproductive Health Essential Package Protocol to include FGM and established a mobile anti-FGM brigade.

The government also has strengthened its domestic law to protect women and prohibit any physical violation.

Omar Mohamed noted that considering that ICPD issues are part of the SDGs which are interlinked, there is a great commitment to meet the targets by 2030.

However, socio-economic challenges that slow down progress which include massive unemployment, inequality and the rise of extremism remain a stumbling block.

“To counter all the challenges that arise, economic and institutional reforms are needed to support and respect the SDGs and the commitments made within the framework of the ICPD process,” he said.

The government has produced a national strategy to respond to the socio-economic challenges that hinder the country’s progress towards achieving the SDGs.