NASA’s Helicopter For MARS Is Almost Ready To Launch 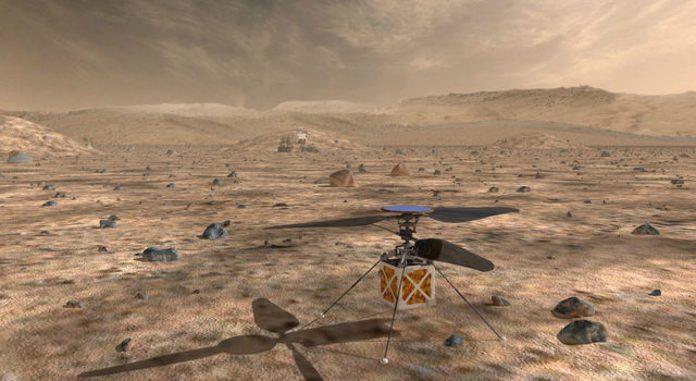 According to the reports from NASA, the Mars rover Perseverance is scheduled to launch during July for the successful landing for February 2021 on the surface of Mars, will be outfitted with its own small helicopter.

Recently the engineers at NASA had put together the chopper through its paces, marking the last time trial of spinning it up before landing on the surface of the red planet.

From the information unraveled recently, NASA claimed that Mars Helicopter is considered to have high-risk and has a high reward for technological demonstration. In case of any difficulties encountered in the small craft, the impact might not affect the science gathering which is scheduled to hold during the 2020 mission.

If the helicopter mission and trial had taken successful completion as per the design, future mars mission could lead to the enlistment of second-generation helicopters to add the aerial dimension for all its explorations thereafter to avoid any events.

Further, the scientists and engineers added that their job is to prove that autonomous, controlled flight is ready to execute in an extremely thin atmosphere of the red planet. As the helicopter which is designed as a flight test for a trial of experimental technology, it carried no scientific instruments along with it.

But in case of a successful powered flight to Mars this time, we can further look forward to the day when helicopters can be used as an important play for the future explorations of the red planet.