In Heaven Everyone Will Shake Your Hand A book providing an in-depth look into the art of Julie Baldyga, an extraordinary self-taught artist in Louisville, Kentucky 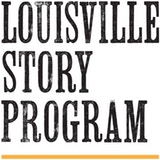 What is this book?

Julie Baldyga’s artwork is distinctive and compelling, and a book about her work is long overdue.

Throughout her childhood, Julie’s parents took her to doctors in an attempt to learn more about why she was so different from most other children: nonverbal, antisocial, obsessed with wires and hoses and engines. Twice, doctors advised her parents to institutionalize her, saying that she could otherwise be a danger to herself and others. Fortunately, her parents did not take the doctors’ advice: Julie would grow up to be a luminous human and a brilliant, prolific artist.

The Louisville Story Program partnered with Baldyga, her sister Stephanie Baldyga-Stagg and brother-in-law Bob Stagg, Kertis Creative, the staff of StudioWorks by Zoom Group, photographer Sarah Lyon, gallerist Susan Moremen, Eye Level Films and KMAC Museum to develop In Heaven Everyone Will Shake Your Hand, a book and museum exhibition that takes an in-depth look at this distinctive self-taught artist and her work. This collection of oil pastels, ceramics, and photographs of her “heavenly people”—400 remarkable life-size human figures—will not only showcase this incredible artist but will also serve as a poignant reminder of what is possible when we refuse to write people off.

Julie has filled basements and two-car garages with more than 400 life-size figures she calls “heavenly people.”  Each represents a person Julie has known throughout her life, who she believes will be made real and perfect one day in heaven, when she reunites with them. Julie uses slender bamboo garden poles and wire to make a skeleton. She repurposes wadded plastic grocery bags for bulk. Tobacco cloth initially, then soft batting or cheesecloth wrapped around body parts to give the soft, squeezable effect she desires. She cuts out fingernails and toenails from plastic bottles. At one time Julie made internal organs including heart, lungs and liver for each. Plastic tubing provided arteries in some. She applies paint on the heavenly people with both paint brushes and her fingers. She clothes and accessorizes each with wigs, ties, watches, rings and glasses. A perfume bottle provides a scent for each. The book features beautiful images of heavenly people by photographer Sarah Lyon.

How far along is this project?

We be began working on this project in November 2018, and at this point we have finalized the images, text and layout for the book.  All that is left to do is print it! If this Kickstarter campaign is successful, we will be able to publish the book on April 17, 2020.

How will the money be used?

The funds we raise through Kickstarter will cover the costs of printing and freight for 1,500 copies of the book. The book will be professionally designed and printed on extra-thick 100 lb. paper, with a classy cover with eight inch French flaps and scratch-resistant soft touch lamination. And it will be a lot of book: 11″ x 11″ and a half inch thick, with almost 200 beautiful full-color images of Julie’s artwork throughout.

What is the Louisville Story Program?

The Louisville Story Program is a nonprofit that strengthens community by amplifying unheard voices and untold stories. We partner closely with Louisville residents whose voices are often unheard to develop books, exhibits, radio stories, and more about their lives and neighborhoods. According to Nikky Finney, winner of the 2011 National Book Award for Poetry, “The Louisville Story Program is challenging the arena of what a book is and what a book can do and where books matter in our communities.”

In Heaven Everyone Will Shake Your Hand  is our seventh book project. Our first book, Our Shawnee, was the best-selling book in Louisville in 2014 and was praised by U.S. Secretary of Education Arne Duncan as “an inspiring story of perseverance.” Our second book, I Said Bang!: A History of the Dirt Bowl, the Crown Jewel of the Most Basketball-Obsessed City in America, was published in February 2016 and has enjoyed an enthusiastic response from the Louisville community. It’s the first book ever in which the members of a city’s playground basketball community have developed a book that documents the richness of that community and its history. Our third book project, We Can Hear You Just Fine: Clarifications from the Kentucky School for the Blind, resulted in the nation’s first professionally published book written by blind and visually impaired teenagers. Our fourth book, Available Light: Louisville Through the Lens of Bud Dorsey, honors the legacy of Bud Dorsey, West Louisville’s most iconic photographer and was produced in close collaboration with him. Our fifth book, No Single Sparrow Makes a Summer, nine young women document cultural and geographic communities of South Louisville from the inside, exploring topics such as the refugee experience, juvenile detention, motherhood, misperceptions of their neighborhoods, and more. Our sixth book, Better Lucky Than Good:  Tall Tales and  Straight Talk from the Backside of the Track, documents the unique and fascinating world of the backside of Churchill Downs, home of the Kentucky Derby, and was written by the people who work there.

Our authors’ books promote dialogue across the community and increase awareness of overlooked aspects of Louisville’s culture and history. Our authors are paid for their work, and we leverage their achievements into as many additional professional, educational, cultural, and social opportunities for them as possible. Our authors have earned $50,000 for their work, and their books have been taught widely in schools in Louisville and beyond.