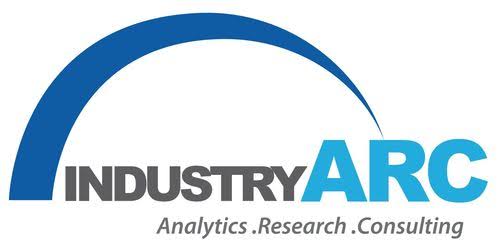 Mobile Wallet Market is forecast to reach $255 billion by 2025 at a CAGR of 15.2% during 2020-2025. Increased use of technology in financial transaction and rise in various e-commerce platforms are expected to accelerate the mobile wallet market during forecast period. In 2018,  according to report given by  Government of India, India has over 15 mobile wallet or e-wallet companies out of which 14 are Indian based mobile wallet companies. Digital payments in India are witnessing thriving growth with a compound annual growth rate of 12.7% in the number of non-cash transactions. Similarly, China mobile wallets are growing at rate of 22% with the total transaction volume of $41.1 trillion in 2018. Increasing adoption of non-cash transactions will create a demand for Mobile wallet market.

Asia Pacific dominated the mobile wallet landscape with a 58.45% market share owing to the rise in the number of e-commerce platforms including Flipkart and Alibaba, favorable government initiatives and regulations to promote the use of digital payment channels.

NFC technology is estimated to grow at a CAGR of over 29% during the forecast period owed to its ease of use and improved security options as it enables smartphones to exchange data and function as a payment device.

Mobile Wallet Market growth is driven by the operational efficiency and cost-effectiveness by reducing the processing fees across various industry verticals.

By Mode of Payment – Segment Analysis

NFC (Near field communication) technology is estimated to grow at a CAGR of 17.56% during the forecast period. The growing adoption of non-contact payment solutions along with the integration of NFC chips into smart devices is driving the market growth. The popularity of NFC mobile payments is owed to its ease of use and improved security options. It enables smartphones to exchange data and function as a payment device in a secured way and stores the customer’s credit card details and allows the user to pay at NFC POS terminals through smartphones. NFC mobile payments also help merchants attain operating cost benefits such as reduced cash processing and more effective consumer engagement. Companies are increasingly NFC technologies into their mobile payment solutions to allow fast and easy payment. For instance, in 2018 Apple has partnered with Brazilian bank Itau Unibanco and launched NFC-powered mobile payment apps. Similarly, several Android and Microsoft-Windows smartphones have also adopted the NFC technology to aid contactless payments. All these technological developments will create the demand for the market.

The semi-closed mobile wallet is growing at highest CAGR of 14.56% during the forecast period as this wallet requires minimum details for a transaction. Technology players such as Uber, Ola, Flipkart, MakeMyTrip, Paytm and Amazon are focusing on investing in semi closed wallet to provide integrated banking experiences to their customers. Companies are leveraging their technical background to provide innovative product offerings to their users. For instance Amazon has invested $33.5 million in its semi-closed wallet Amazon Pay to increase traction on Amazon Pay with cashback offers for shopping on its site. Similarly, Flipkart had announced a $77 million funding to its payment partner Phonepe to scale up its operations. All these investments and funding’s will improve the demand for a semi-closed wallet thereby creating opportunities for mobile wallets.

In 2018, Asia Pacific dominated the mobile wallet market share of about 58.45% the total market in 2018.  The economy of APAC is majorly influenced by the countries such as China and India. In these countries, the market is driven by a rising number of e-commerce platforms including Flipkart and Alibaba and favorable government initiatives. For instance in India, the government’s demonetization move in November 2016 created a massive demand for mobile wallets in India which has witnessed a growth rate of 53.5%. Similarly in China 49.6% of country’s population are using mobile wallets and it will rise to 60.5% by 2023. Similarly, global smartphone penetration is increasing rapidly. Approximately, 50 percent of mobile users worldwide owned a smart device by 2018. The rise in usage of smartphone and the technological advancements in connectivity infrastructure will create the demand mobile wallets in the region.

Acceptance of mobile wallet payments and Offers provided by them.

Mobile Wallet Market is driven by the acceptance of mobile wallet payments across various industry verticals. The mobile wallet is a virtual wallet in payment-enabled mobile phones that has augmented the operational efficiency and cost-effectiveness by reducing the processing fees. For instance, PayPal has expanded its operations across approximately 200 countries, allowing the customers to link their mobile wallets to their bank accounts and allowing them to carry a balance. On the other hand, the incentives offered by the mobile wallet companies through discounts and cashbacks augment their demand among the individuals. For instance, Amazon Pay offers cashbacks on transactions conducted through it. These kind of offers and incentives will rapidly create the demand for mobile wallets.

Initiatives and Regulations of government

Government is pushing players in the banking and payments ecosystem to encourage cashless payments at merchant outlets through mobile wallets. For instance, in 2016 the Digital India program promoted cashless payments within the government sector and improved the cybersecurity within the region has caused an increased adoption of mobile wallets across the region. Similarly in Kenya, the local mobile phone company Safaricom with the support of government has pushed the envelope and created a system known as M-Pesa to allow customers to make payments directly from their phones. These initiatives and regulations will create demand for mobile wallets.

Low trust in mobile wallets is a major factor that will hamper the market in the forecast period. For instance, according to the report given by YouGov, about 43% of the  mobile users don’t trust mobile wallets and 38% have low confidence in security. Similarly,  most of the consumers are reluctant to adapt to mobile wallets as contactless payment presents huge unknown risks and fraud related to leaked data, hacking and e-wallet vulnerabilities. Moreover less awareness about the benefits of using mobile wallets over using cash or credit cards and debit cards for online payment and buying expensive items. All these conditions will restrain the market growth in the forecast period