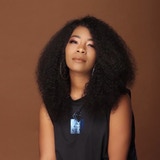 The year is 1994. A wealthy White family adopts a ten year old precocious African-American girl who according to her foster mother, suffers from nightmares described as pure evil. The parents ignore the warning because what’s a horror movie without good ol denial? As the adopted child settles in to her new home on the historical Benoit Plantation, the mother experiences nostalgia of a past life that isn’t her own. The life of a former slave + hoodoo woman of the Benoit Plantation who was murdered after visiting her former slave-masters, to follow up on a failed promise to build a new cabin for her family. To put things into context, after slavery ended, nearly all of the freedmen remained on the plantations years after they were told they were no longer slaves. They had no inheritance, no savings, no land, and you guessed it, nowhere to go. Families continued to occupy the same one room shacks that they previously had when they were slaves.The spirit of the hoodoo woman uses the child’s nightmares to wreak havoc on the family, and eventually possesses the child.

“Nightmares Are Dreams Too” explores the consequences of sins and unpaid debts through hoodoo, black spirits, and ghostlore.

As a cinephile, and a descendant of those enslaved in the United States of America, I’ve often wondered why there aren’t more films that show my ancestors (on screen) avenge the pure evil they endured, also known as slavery. Why is it rare to see a film about enslaved people fighting back and experiencing a glorious triumphant victory? It’s just a movie after all. This is where our film comes in. Check out our articles in Black Girl Nerds and Daily Dead.

Check out our FULL TRAILER here:

The bulk of the story takes place in the 90’s. We envision natural lighting and rustic tones. We realize that 90’s colors are typically neon, bright, and bold but due to the horror nature of the film, we opted to simply create the illusion of the 90’s through wardrobe, props, vehicles, and dialogue. A few flashbacks and dream-state scenes take place in the mid to late 1800’s in which we envision beautiful shots of a world that’s vintage and neoclassical, mysterious and dark. We’ve spent countless hours and all of our resources shooting the trailer to raise funds for the feature film. Here are some of the shots we captured during the production of the trailer.

Check out our Film Cross below.

I created “Nightmares Are Dreams Too” and “Ronald” for one simple reason, horror is my favorite genre. But I must admit, my desire to create horror films goes somewhat deeper than my love for the genre. I recently spoke at Hauser & Wirth in Los Angeles as a guest for the CalArts Critical Studies Residency: Extensions of Horror. We discussed Black Horror and concluded that aside from rom-com’s and light comedies, the Black experience by large is horror and aspects of it is seen in almost all of our narrative and non-narrative works of art. My goal is to make a huge impact in the horror genre and challenge the general consensus that “Black people don’t really do horrors.”

As far as the horror genre goes, I look up to Jordan Peele, James Wan, Leigh Whannell, Ari Aster, Wes Craven, and Robert Eggers to name a few. Anything stand out to you? Google “horror directors” and you will find that as of today, there aren’t any Black female horror directors on the landing page and, well, Jordan Peele is all we got. In the drama and documentary genre, I look up to the true example of excellence, consistency, and grace, that is Ava DuVernay. In a lot of ways, her work is Black horror. I also look up to Spike Lee not just for his outstanding films but for being unapologetically Black and for creating films like Malcolm X. Lastly, I look up to filmmakers like Robert Townsend and The Wayans for paving their own way. It’s exactly what I intend do.

Britt was born in Gary, Indiana and grew up in Long Beach, CA and is an independent Screenwriter, Director, Producer, and Editor. Britt attended the University of California, Irvine where she earned a Bachelor of Arts degree. She also attended The Actors Workshop and the Amazing Grace Conservatory under the direction of Wendy Raquel Robinson. She has also worked for NBCUniversal in Content & Production. Britt’s short film “Thicke” won the Best Live Action award from the Long Beach CC Film Festival in 2017 and the Outstanding Achievement in Filmmaking award from the Women of African Descent Film Festival in 2018. Her horror film “Ronald” won Best Horror Short. Britt was a guest speaker for the CalArts Critical Studies Residency: Extensions of Horror in Los Angeles, CA where she screened Ronald followed by a Q&A. Britt has written, directed, and produced 7 short films. Her work has screened in several film festivals around the country including the Gary International Black Film Festival.

Britt began writing “Nightmares Are Dreams Too” in November of 2018. For her, this film is much more than a story. It’s a deep rooted connection to her ancestors.

Tamara S. Hall is a NY-based actress, writer, and award-winning filmmaker from Philadelphia, PA whose artistry spans theater, poetry, short fiction, and TV/film. A 2017 graduate of The William Esper Studio, Tamara completed her studies in acting, movement, and voice & speech. Before becoming a filmmaker, Tamara has also worked in the TV business at renowned networks such as NBCUniversal, BET, and HBO.

Tamara’s horror film “A Night At The Table” has screened at several film festivals across the country including Screamfest, Bronzelens Film Festival, and Salem Horror Fest, and has won several awards. “A Night At The Table” received a 3 year distribution deal with REVOLT TV after winning first place in their Short and Fresh Hip Hop Halloween horror competition. Tamara’s work has been covered in Press by Shadow & Act, Graveyard Shift Sisters, and Black Girl Nerds.

She is a proud alumna of Penn State University and can be found inhaling the fragrances of the world whenever she’s not working.

Fetle Negash is an emerging filmmaker with over a decade of experience within the entertainment industry. Ms.Negash began her career in the Public Relations field in 2007. Starting as an intern, she quickly worked her way up the ranks to Publicist within a short amount of time, working for successful boutique agencies such as DSD Publicity & Consulting, The FrontPage Firm, and The PowerHouse Agency. She covered a myriad of “A-List” clientele such as; Michael B. Jordan (Black Panther), Jay Ellis (Insecure), DeVon Franklin (The Star), and TD Jakes to name a few.

In 2015, she decided to leverage her experience and vast network to follow her true passion of filmmaking. She made the transition seamlessly, quickly landing a position at the premier African-American network, Black Entertainment Television (BET). She is currently working on the scripted side of physical production as a Production Executive with credits that include hit shows such as; “Being Mary Jane”, “The New Edition Story”, “Real Husbands of Hollywood”, “The Bobby Brown Story”, “In Contempt”, and “The Quad”, “American Soul”, as well as the highly anticipated upcoming series “Twenties.”

Ms. Negash earned her Bachelor’s Degree from California State University, Northridge in Communications Studies with a minor in African American Studies. She is also a member of the The Television Academy and The Producers Guild of America.

Alicia Marie Agramonte originally hails from Oakland, California, but grew up living all over the United States, as well as Japan and England, due to her dad being an active duty Air Force member. Alicia is a proud alum of Morgan State University, a Historically Black College and University, in Baltimore, Maryland. During her sophomore year of college, she earned her first job on the set of Netflix’s House of Cards. Since then, she has amassed production credits on projects such as CREED, HBO’s Show Me a Hero and VEEP, and Roman J. Israel. Alicia continued to make strides when she moved to Los Angeles and began working under Viacom’s umbrella as a production coordinator for BET. Agramonte currently serves as the Director of Development of Film at Revelations Entertainment.

Our films have won several awards and have been recognized by several Film Festivals and competitions including a 3 year distribution deal with REVOLT TV.

Some of Our Perks Include:

Listen to the classical song from our SIZZLE on our Spotify Neo-Classical Playlist now!

You’re probably wondering where the funds are going and how can you help. Filming will take place in Atlanta, GA and New Orleans, LA. We want to have access to a wide variety of actors and actresses as well as professional crew. We need top of the line cameras and lenses. For the trailer to cut costs, we used Britt Banks’ personal camera and there just isn’t enough space and time here to explain why a better quality camera is absolutely necessary to compete with major studio films. Luckily we already experienced some of the costs through the production of our trailer. This isn’t one of those films where a lot of the action happens through dialogue shot in someone’s living room. We need specific locations, props, vehicles, hairstyles, makeup, and wardrobe. Costumes alone for the trailer were expensive. Creating an 1800’s Antebellum South and the 90’s will be difficult but we are up for the challenge!

Here’s where the funds are going.

Here’s how we know.

Check out Behind The Scenes pictures from our Nightmares Are Dreams Too trailer.

We’ve got BIG DREAMS for our stretch goals!

$75,000 – We’ll be able to score the feature with the music we really want and will have access to better equipment and can truly take our time to bring you an industry grade high quality feature length film.

$100,000 – In addition to the above, we’ll be able to market the feature in more ways than we could have imagined and we’ll also be able to bring some familiar faces onto our project!

Here’s how you can help!

THANK YOU ALL FROM THE BOTTOM OF OUR HEARTS!!

We want to produce a unique and controversial high quality film. Unfortunately we do not have the resources to do so on our own. We have heard horror stories of copyright theft and idea claims from those who have waited in hopes of selling their scripts to studios or meeting investors. We want to avoid losing creative and political control over OUR narrative. With limited resources and funding, we still managed to produce good quality short films that have been nationally recognized and shown on cable TV. You have our word that the team of Nightmares Are Dreams Too will utilize our previous experience on no and low-budget projects as well as our experience working for network studios like HBO, NBC, and BET, on both the production and corporate side, to bring you the highest quality feature length film possible.